Oakland – Unfinished Business – The Golden Grizzlies Enter The 2021 Season With Their Sights Set On Nothing Less Than A Horizon League Championship And A berth In The NCAA Tournament. 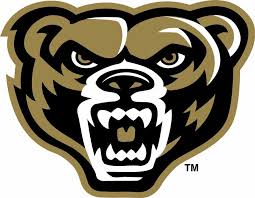 Everyone returns who saw significant minutes last year including four seniors who are back for their fifth year of eligibility.

Oakland was 5-0-0 at home during the spring season and 1-1-2 on the road. In their 2-2 tie with UIC and 2-2 tie with Wright State they had a lead but allowed their opponent to tie the score with a goal late in the second half. The experience the Golden Grizzlies gained last year should help them close out the close games on the road in the 2021 season.

Eric Pogue stated, “To say that we are excited about our signings is an understatement. All are top rated recruits.”

Oakland had a high powered attack last year that averaged 2.89 goals per game. With everyone back who scored last year the opportunity for another explosive offense seems highly likely. United Soccer Coaches and College Soccer News All-American senior midfielder Noah Jensen (4g, 14a) who was the Horizon League Player of the Year, senior midfielder Dylan Borczak (7g, 4a) who was the Horizon League Offensive Player of the Year, and senior forwards Dawson Schrum (4g, 7a) and Charlie Braithwaite (6g, 1a) who were All-Horizon League Second Team selections are all explosive playmakers. The return of fifth year senior forward Napoleon Outlaw III who completed with the men’s track and field team last spring and junior Mikey Ketterman (1g, 1a) add yet another potential dimension to Oakland’s offense.

Redshirt junior Cameron Wilde , juniors Ville Ahola (2g, 4a), Reid Sproat (1g, 1a), and Mohammad Jamal Issa, redshirt sophomore Owen Smith and sophomore Arthur Widiez (0g, 1a) are among returning linkmen who join Noah Jensen and Dylan Borczak to give the Golden Grizzlies a deep and experienced contingent of midfielders.

Offense may be this team’s calling card but their play on the defensive side of the ball will have to be stout in order for Oakland to prevail in the close contests. Redshirt junior Finn Jurak who started seven contests last year with a 1.38 goals against average returns between the pipes. Newcomers Alessio Carbone and Michael Sly will also compete for the staring job in goal. Defensive midfielder junior Reid Sproat (1g, 1a) and backs junior captain Adam McAleenan (0g, 2a) a two-year starter, junior Micah Sonnenberg (0g, 1a), senior Kieran Hayes (0g, 1a), and sophomore Jaiden Ramsay-Kelly are among returning players who provide a solid nucleus on the defensive side of the ball.

If you are looking for a team on a mission heading into the 2021 season, you need look no further than Oakland. The Golden Grizzlies felt like they had a good shot at winning the Horizon League title last year and the automatic berth in the NCAA Tournament that accompanies it after finishing regular season play with a 6-1-2 record that was good for the number two seed in the league tournament. Unfortunately they never got a chance to pursue those two objectives when they were unable to play in the tournament due to COVID-19 protocols. It was an unexpected and frustrating end of the season for the Golden Grizzlies. Accordingly this is a group that is highly motivated to write a different ending to their season in 2021.

There was not a lot of roster movement at Oakland so they look to be experienced and deep and both sides of the ball. Their attack led by playmakers Noah Jensen and Dylan Borczak will have sufficient weapons to pose match up problems for opposing defenders. The defense should be improved due to the experience gained last year. With so many returning players there is reason for high expectations heading into the 2021season but that should be tempered by the fact that there is a lot of parity in the eleven member Horizon League. Northern Kentucky, UIC, Milwaukee who won the Horizon League title in 2020 and Wright State who won the championship in 2019 will also field very competitive teams.

Oakland opens the 2021 season with a very demanding schedule that is a two edged sword of sorts in that it provides the opportunity for recognition on the national scene but it also has the potential to take some of the wind out of their sails. The challenges begin early for the Golden Grizzlies in 2021. Eric Pogue will not have to wait long to find out how competitive his team is with an opening game on the road against Butler out of the Big East followed by their home season opener with Michigan out of the Big Ten and a contest in East Lansing with Big Ten member Michigan State. Regardless of the outcome, those contests should prepare Oakland for Horizon League play.

Look out for Oakland in 2021. It should be an exciting season for the Golden Grizzlies but whether or not they can secure the Horizon League title for the first time since 2015 and a berth in the NCAA Tournament remains to be seen.