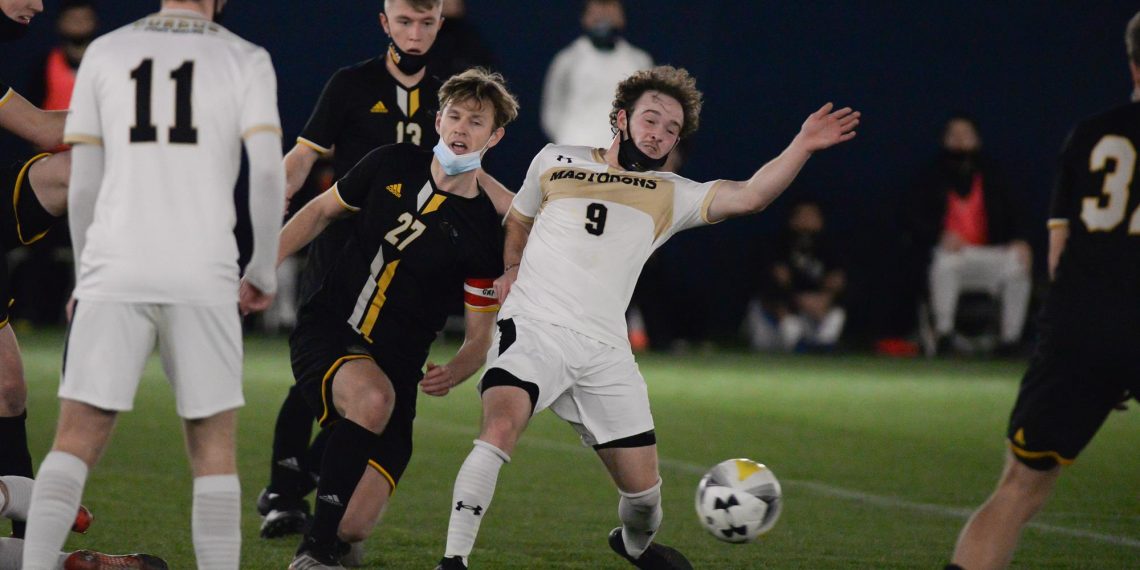 Just About Everyone Returns Supplemented By A Recruiting Class That Has The Potential To Make An Immediate Impact.

Forward Mathlas Mikalson (3g, 2a), who appeared in nine contests with five starts, is the lone senior who departed.

Purdue Fort Wayne was among the youngest teams in the country last year in terms of the number of freshmen who played significant minutes. The experience that they gained looks to be a plus heading into the 2021 season.

Stephen Gorton stated, “There is a good mix of local, out of state, transfers and international players. As a program, the blue print is to continue building on the foundation that’s already in place and not stop until it’s built. We believe this class will keep us moving in the right direction.”

Purdue Fort Wayne scored a total of 12 goals during an abbreviated 2020-2021 nine game season. Sophomore forward Luke Benford (3g, 0a) who missed a significant portion of the spring 2021 season due to injury returns to add punch to the attack up-top. Seniors Logan Lee (4g, 2a) and Emil Fosse (0g, 3a) look to among the likely candidates to add to the offense in the midfield. Graduate student Nemanja Gvozdic (0g, 2a) and seniors Alejandro Lopez and Cameron Wheeler also look to be in the mix in the midfield. The recruiting class includes several players with the potential to add an additional dimension to the offense at some point. Four of the five players who scored last year are returning but Benford and Lee are the only returning players who scored more than a single goal. Offensive productivity is an unanswered question.

Erik Josson, who had a 1.80 goals against average in the spring 2021 season, returns in goal. Juniors Vukasin Bulatovic (1g, 1a) and Marco Navarro, sophomores Nathaniel Edwards, Romario Simpson (1g, 1a) and Ryan Gray, and senior Adam Chedi are among a solid contingent of returning backs. Graduate student defender Ayrton Redmore who transfers in from LSU Shreveport where he was an All-League First Team member is among the newcomers who should compete right away for minutes.

The 2020-2021 season was a transition year in more ways than one for the Mastodons who moved from the Summit League to the Horizon League, had a new coaching staff led by Stephen Gorton, and a roster that included 18 newcomers. Transitions were particularly challenging in 2020-2021 for new head coaches since the coronavirus modified the normal preparation time available to teams. Nonetheless the transition process at Purdue Fort Wayne was relatively seamless for a program that had one of the youngest teams in the country in terms of the number of freshmen who experienced a significant amount of playing time.

Purdue Fort Wayne now has the benefit of a year of experience under Gorton. Much will hinge on the extent to which the experience the younger players gained last year enhances the level of their play and the ability of the seniors to set the pace.

The Mastodons completed the 2021 spring season with a 3-6-0 mark which was good for an eighth place finish in the eleven member Horizon League. Their wins came against Detroit Mercy, Green Bay and IUPUI. It was a positive sign that Purdue Fort Wayne’s RPI went up by 49 spots from the 2019 season.

With the exception of a 5-0 thumping from UIC, the Mastodons played everyone close. Nonetheless this is a program with a mountain to climb in order to move into the middle of the pack in Horizon League play. Finding a way to prevail in some of the close contests that eluded the Mastodons last year is an essential first step. Rebuilds and winning cultures don’t normally occur overnight so the key at Purdue Fort Wayne in 2021 is establishing building blocks that will create momentum, a winning culture, and improvement on both sides of the ball.

Ayrton Redmore – Defender – Melbourne, Australia – Heathdale Christian – A graduate student transfer from LSU Shreveport where he made 37 appearances with 33 starts over two seasons. A 2020-2021 All-League selection with two goals and five assists. Played at NCAA Division II Tusculum prior to LSU Shreveport. 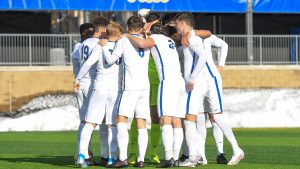