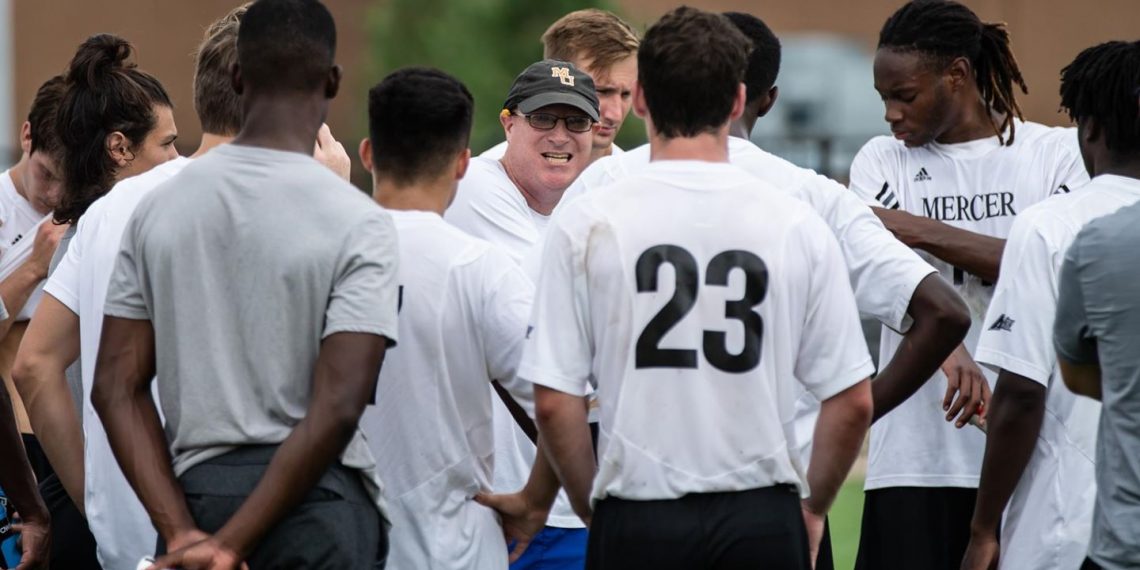 Brad Ruzzo has added a solid recruiting class that consists of six members from Georgia and two from Texas.  The newcomers will join a Mercer team that returns four All-Southern Conference First Team members and two Second Team selections from the 2018 team that won the Southern Confernce regular season title. Mercer's goals in 2019 will no doubt include a return to the NCAA Tournament field.

Departures and Gaps – Mercer must replace a five member 2018 senior class.  Key shoes to fill include midfielders Kobe Perez (4g, 4a) and Jake Mezei (2g, 5a) who were four year starters, forward Emmet Johnson (2g, 2a) and defender Ramario Thompson (5g, 1a).  Thompson was a 2018 All-Southern Conference First-Team selection.  Perez was a 2018 All-Southern Conference Second-Team honoree.

Opportunities for Improvement – Defending better as a team, additional productivity on the offensive side of the ball out of set pieces, and better game management.  A maturing roster and the continuity that comes with experience should improve performance. .

Coach's Recruting Class Comment – Coach Ruzzo stated, "I think this class is a talented group that can compete right away with a lot of our returners.  I believe that we have addressed some of our team needs with this group and added some depth as well."

Summary – A very solid necleus returns from the 2018 team that was 12-4-2 overall with a 5-1-0 mark in conference play.  Nonetheless the departure of four seniors who were starters last year means that Ruzzo has some reloading to do. Mercer led the Southern Conference in total goals scored (40) and goals per game (2,22) last year. The pieces are on board for an explosive attack in 2019. The Bears will have plenty of firepower up-top with sophomore Trevor Martineau (9g, 7a), redshirt junior Leo Toledo Jr. (6g, 8a) and redshirt sophomore Michael Ille (3g, 1a) slated to return.  Martineau, who is poised for a big sophomore season, was the 2018 Southern Conference Player of the Year.  Toledo was a 2018 All-Southern Conference First-Team selection while Ille was named to the All-SoCon Freshman Team.  Sophomores Ricardo Packer Jr (1g, 1a) who played in seventeen contests with four starts last year and Dawson Gideon (1g, 0a) who appeared in eleven games in 2018 are among other forwards who look to be in the mix in 2019.

Senior Roberto Artega (4g, 8a), a 2018 All-Southern Conference First Team selection who has been a starter for the past three seasons, returns to add punch to the attack in the midfield.  Artega is the team "quarterback" and will set the pace in the middle of the park. Sophomore Jason Nduese-Udom (1g, 0a), who was named to the 2018 All-SoCon Freshman Team, also returns in the midfield with the advantage of a year of experience under his belt.  Senior Jacob Cadwell and sophomore Kalvin Lingard (1g, 0a) are among other returning midfielders who will seek to play a greater role in 2019.

After going 5-0-0 in Southern Conference play last year for the first time in program history, it looked like Mercer was going to go undefeated in regular season conference play.  But that was not to be when the Bears were upended at home by ETSU in their final game of the regular season. The number one seeded Bears then entered the Southern Conference Tournament as the favorite to win their third consecutive tournament title and punch their ticket to the NCAA Tournament but their season came to an abrupt and unexpected end when they were upset by UNCG 1-0 in the tournament semifinals.

Mercer has some holes to plug but will have more than enough talent to make regular season and conference tournament titles attainable goals in 2019.  Nonetheless, their margin for error will remain small in what looks to be an up for grabs and unpredictable Southern Conference race. The Bears will feature an opportunistic multi-dimensional attack with several very capable playmakers. It is also a plus that they play well together as a team and will have good depth. The experience the underclassmen gained last year should improve Mercer's consistency and durability on both sides of the ball and enable them to build on the success the program enjoyed last year.  If everything falls into place, Mercer could have a special 2019 season.