Michigan Strengthens Its Roster with the Addition of a Ten Member Recruiting Class. 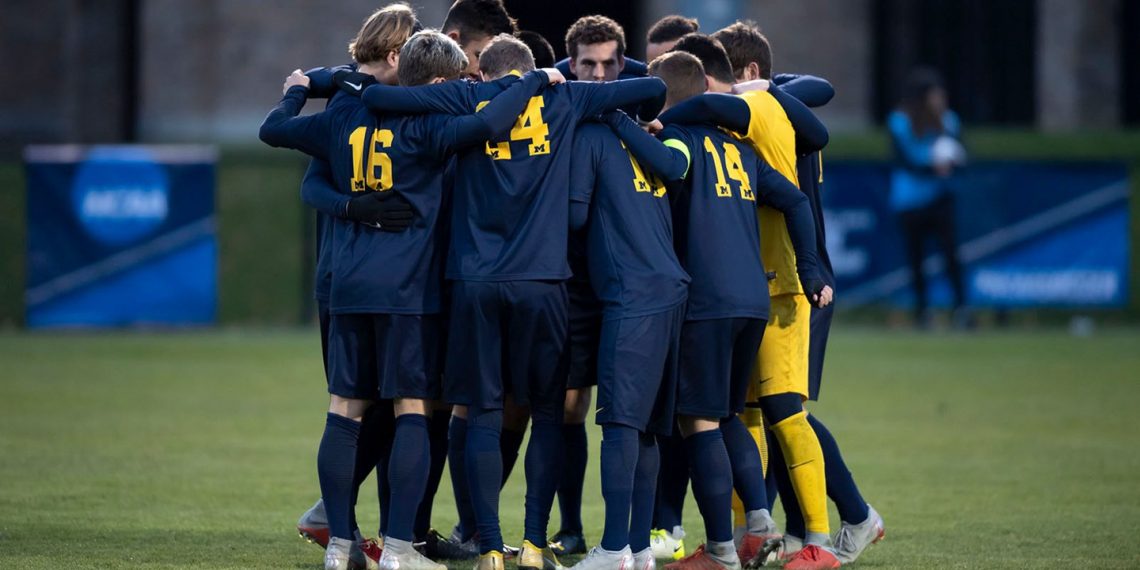 Michigan has announced a ten member recruiting class with the level of competitive experience that should facilitate their transition to the college game. The Wolverines are coming off of their best two-year span in school history with back-to-back twelve win seasons and berths in the NCAA Tournament. Many of the pieces are in place for the upward trajectory to continue in 2019 but there are gaps that must be addressed.

Departures and Gaps – Michigan will be without a very productive six member 2018 senior class. Marcello Borges (0g, 3a) who was a three-year starter and 2018 All-Big Ten Second Team selection, Daniel Mukuna (1g, 0a) who was a two-year starter, and Peter Brown (0g, 1a) who appeared in fifty-one contests during his tenure are among the departed defenders.  The graduation of team captains Ivo Cerda (2g, 2a) and Robbie Mertz (2g, 4a) leaves a void in the midfield. Cerda was a four-year starter while Mertz was a two-year starter and a 2018 All-Big Ten First Team selection. Forward Noah Kleedtke (4g, 0a) who was a starter in 2018 must also be replaced.

Oppourtuities for Improvement – Defensive stability as a team. Continuance of the leadership and resolve provided by the 2018 seniors.

Coach's Recruiting Class Comment – Chaka Daley stated, "This class give us a lot of balance and depth and will be an excellent complement to our returning team. Not only are they all great players who have experience in high-level environments, they're outstanding students and will be ambassadors for our program and for our university. We're very excited about their potential and can't wait to get to work with them."

Summary – Michigan seems primed for another productive season on the offensive side of the ball with senior Jack Hallahan (8g, 8a) and junior tri-captain Umar Farouk Osman (9g, 4a) returning to power the attack. Hallahan, a 2018 United Soccer Coaches and College Soccer News All-American and the Big Ten Offensive Player of the Year, is a dynamic game changing player who is a bona fide threat in the attacking third. Osmon, a 2018 All-Big Ten Second Team honoree, is an impact player who made his presence known last year with a team leading nine goals. Junior Mohammed Zakyi (2g, 4a), who missed a portion of the 2018 campaign due to injury, is among other returning players with game-breaking quickness. Senior Lucas Rosendall (0g, 1a), who appeared in twenty contests last year with ten starts, has emerged as another weapon on the offense side of the ball. Redshirt freshman Derick Broche and newcomer Christian Pulselli who played for the Boston Bolts are among others who could add more punch to the attack.  The addition of forward Nebosja Popovic who transfers in from Oakland where he was a starter for the past three years provides another dimension to the offense. Popovic scored fourteen goals and contributed sixteen assits during three seasons at Oakland.

Junior center midfielder and tri-captain Marc Ybarra (3g, 4a), a starter for the past two seasons, returns to add stability and toughness to the center of the park. It is unlikey that anyone will outwork Ybarra. Junior Carlos Tellez (0g, 1a) who appeared in seven contests last year and sophomore Kevin Buca who appeared in nine are among other returning midfielders who will seek to pay a greater role in 2019. Inaki Rodriquez who participated in spring practice and Harrison Pithers look to be among the newcomers who will compete for playing time in the midfield.

Junior center back Jackson Ragen (2g, 1a), a starter for the past two seasons, and junior Austin Swiech (1g, 2a) return to anchor the backline. Senior Abdou Samake, junior tri-captain Joel Harrison and sophomore Declan Gaffner are among other returning backs who will vie for a starting role. Defender Carter Payne is among the members of the recruiting class who could make an immediate impact. The starting job in goal looks to be up for grabs with several capable netminders in the hunt.

The first order of business will be addressing the talent, experience and leadership void that exists in the midfield due to the graduation of Ivo Cerda and Robbie Mertz.  Although there are unanswered questions, enough talent returns supplemented by a strong recruiting class to give Daley and his staff a lot of potential options to shore up the midfield and the gaps that exist in the back due to the loss of Marcello Borges and Daniel Mukuna.

Michigan should be a very dangerous and versatile team in 2019 with several explosive goal scorers. They are coming off of two very successful seasons during which they established that they were a formiable opponent. The potenial clearly exists for a third consecutive twelve or more win season in 2019 and another berth in the NCAA Tournament.  However in order for that to happen additional playmakers must emerge in the midfield.

The fact that six of Michigan's first seven contests are at home is a plus. Whether or not the Wolverines have what it takes in 2019 to take the program to the next level remains to be seen. The next level includes a Big Ten Tournament title and a deep run in the NCAA Tournament.  Neither are out of the question but will require a determined team mindset focused on achieving more along with lots of hard work.

Owen Finnerty – Goalkeeper – Walled Lake, Michigan – Detroit Catholic Central – Member of the US U-18 National Team and the US U-16 Futsal National Team. Played with the Michigan Wolves.

Harrison Pithers – Midfielder – Tampa, Florida – Berkeley Prep – Has participated in the US National Team Training Camp. Has played with the Clearwater Chargers since 2014.

Christian Pulselli – Forward – Pembroke, Massachusetts – Pembroke High School – Played with the Boston Bolts where he scored eighteeen goals during the fall of 2017. Has scored over thirty goals over the past two seasons for the Bolts. A state track champion in the 300-meter dash at Pembroke High School.