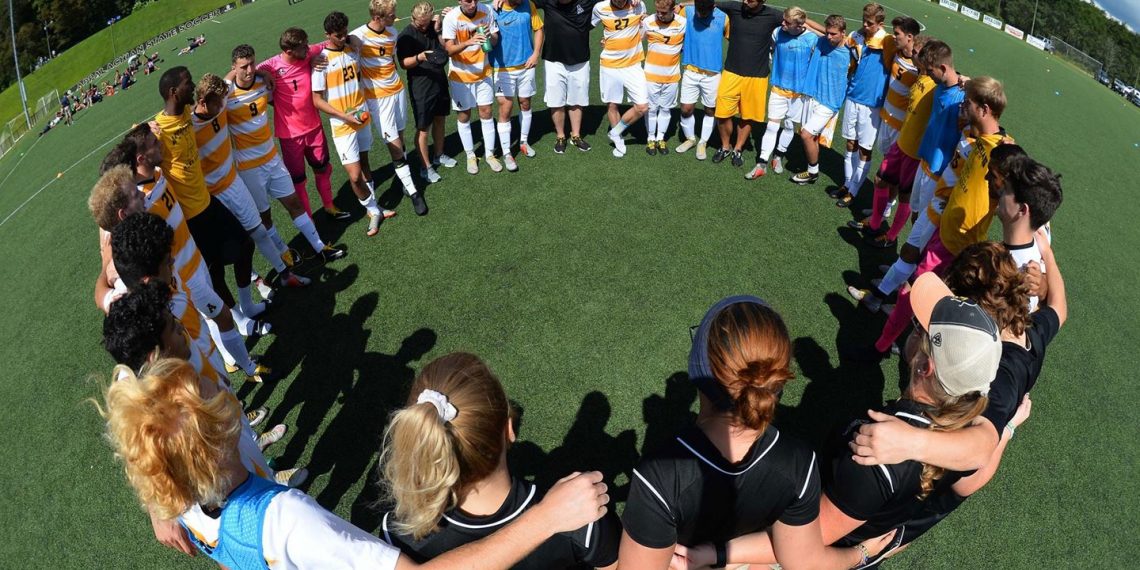 The trend line is upward at Appalachian State under the direction of head coach Jason O'Keefe. The Mountaineers return eight starters including four All-Sun Belt selections from the 2018 team that posted App. State's first winning season since 2012.

Opportunities for Improvement – The experience a young Appalachian State team gained last year bodes well for continued improvemnt, consistency, and toughness on both sides of the ball.  Last year the Mountaineers scored a total of twenty goals and allowed fifteen. Opportunity knocks for Appalachian State in 2019 with a non-conference schedule that includes season opening matchups at home with St. John's out of the Big East and Loyola Maryland out of the Patriot League. North Carolina out of the Atlantic Coast Conference, Penn State out of the Big Ten and High Point out of the Big South are among other non-conference opponents.  It is a plus in 2019 that the Mountaineers host the Sun Belt Conference Tournament and that they play eleven of their opponets in the friendly confines of the Ted Mackorrell Soccer Complex in Boone.

Sophomore Camden Holbrook (6g, 1a), a 2018 All-Sun Belt Conference Second Team member, returns to power the attack up-top with the advantage of a year of starting experience under his belt.  Holbrook, who was the 2017 North Carolina High School Gatorade Player of the Year out of Green Hope High School and the NCFC Academy, is an impact player.  If he gets the traditional freshman to sophomore bump in the level of his play he will be a force to contend with. Juniors Reed Hunnicutt (1g, 1a) and Juan Hernandez (0g, 3a) who have been starters for the past two seasons and sophomore Charlie Baird (0g, 2a) who started thirteen games last year are among other returning forwards who have the potential to add an additional dimension to the Mountaineer offense.  Sophomore transfer Kelan Swales is among several members of the recruting class who could contribute immediately.

The midfield looks to be strong and deep with senior Austin Hill (2g, 1a) and sophomore Alex McGrath who were 2018 All-Sun Belt Conference Second Team members slated to return. Sophomore Alex Hernandez (3g, 0a) who had an impressive 2019 spring season and was a starter last year also returns in the midfield. Hernandez is a goal scorer with the quickness and touch on the ball that could enable him to emerge as a key differnece maker on the offensive side of the ball for the Mountaineers. Sophomores Dimitris Moraitakis (1g, 1a) and Aldo Tarantini and juniors Justin Pruitt (1g, 1a) and Parker Washburn (0g, 1a) are among other midfielders who look to be in the mix and provide O'Keefe with a lot of lineup options.

The Appalachian State defense which allowed a total of only fifteen goals and posted seven shutouts last year is the area that requires reloading due to the graduation of backs Felix Kollmannthar and Ian Bennett and goalkeeper Jake Chasteen  Juniors Zeiko Haris (2g, 0a), a two-year starter and 2018 All-Sun Belt First Team selection, and Brady Gunter who has been a starter for the past two seasons provide a solid foundation upon which to build. Both are athletic ball winners who add toughness to the defense. Sophomores Mason Robicheaux (0g, 1a) who appeared in sixteen contests last year and Parker Cross who saw action in fourteen games in 2018 are among other returning backs who will seek to play a greater role in 2019.  Junior back Yoni Spencer also figures to be in the mix.  The Mountaineers are a bit thin experience wise in goal. Sophomore Jacob Madden who redshirted the 2018 season is among returning goalkeepers who will seek to fill the void that exists between the pipes.

There are a lot of positives for Appalachian State heading into the 2019 season. O'Keefe is a competitor and is not shying away from playing a tough slate of non-conference opponents while he seeks to instill a winning program. The competition will test the Mountaineers mettle and should help prepare them for conference play but in the short run it could also prove to be hazaradous to their win-loss record. The experience gained last year is a big plus. Appalachian State has more depth than it's had in a while. The minutes played and the contribuition the sophomores in particular made ln their rookie season bodes well for the future of the program. Nonetheless, the Mountaineers will continue to be a relatively young team in 2019 with midfielder Austin Hill the lone senior listed on the 2019 roster. Team chemistry looks to be solid and will continue to be a critical factor in Appalachian State's efforts to take the next step forward which is a ten plus win season and a Sun Belt Conference title.

The bottom line is that there is reason for excitement at Appalachian State. The program is headed in the right direction but the Mountaineers still face a tough uphill climb with little room for lapses in play in what is shaping up to be a very competitive 2019 Sun Belt Conference race.