Maryland Eager To Build On The Experience Gained During Spring 2021. Nine Starters Return From A Young Team That Earned The Programs 20th Consecutive Berth In The NCAA Tournament. 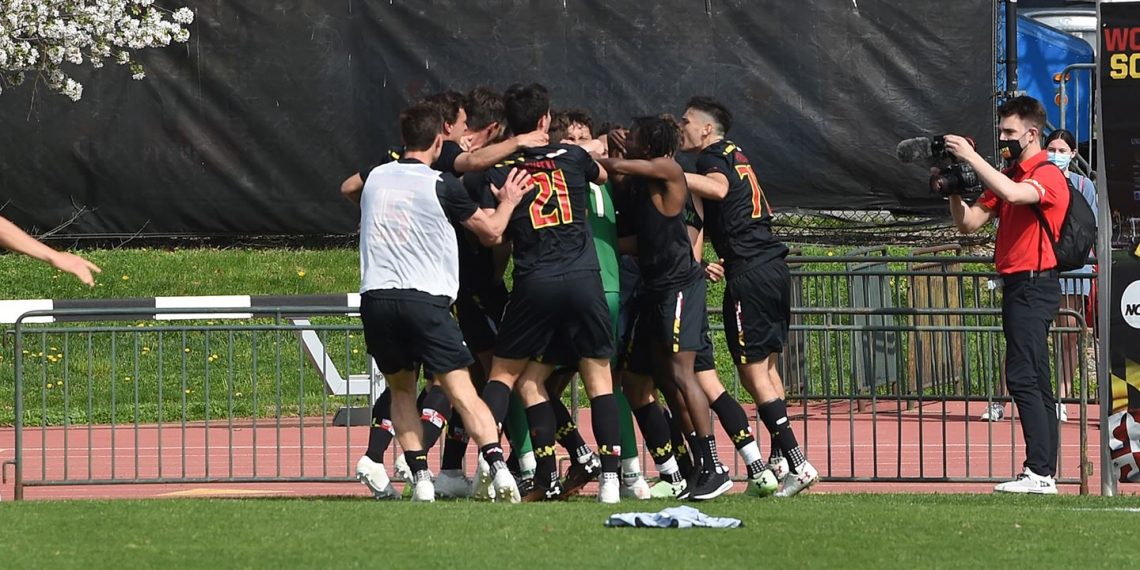 Maryland was a work in progress During The Spring 2021 Season. The Terps are coming off a good but not vintage Maryland season in which they struggled out of the gate but steadily improved as the season progressed.

Departures due to graduation include forwards Paul Bin (3g, 1a), a 2020 All-Big Ten Second Team selection and team captain, Eric Matzelevich (1g, 0a), a team captain and 2019 All-Big Ten Second Team selection, and Mike Heitzmann (1g, 1a). The Terps will also be without the services of back Ben DiRosa who played the first two games of the 2021 spring season before joining New York City FC.

Maryland scored a total of 13 goals while allowing 16 during the 2021 spring season. The abbreviated 2020-2021 season was like none other but you would have to go back a long time to find a Maryland team under Sasho Cirovski that allowed more goals during a season than they scored.

Sasho Cirovski stated, “I am very excited to announce our 2021 recruiting class. We have players from great high school and club programs, and also with quality international experience. We have secured some of the best players locally as well as from many regions nationally and internationally.”

Maryland averaged 1.18 goals per game last year. Compare that with 1.33 in 2019, 1.30 in 2018, 1.58 in 2017 and 2.52 in 2016 and its clear that this is an area where improvement is needed. The Terp’s ceiling in 2021 will be determined in large part by whether or not a consistent playmaker or two emerges up top to power the attack. Maryland was able to come up with the big play needed on the offensive side of the ball at times during the past season which is a plus but they were unable to do that on a consistent basis.

Sophomore Jacen Russell-Rowe (2g, 0a) and seniors Justin Gielen (1g, 1a) and Brayan Padilla are among returning players who could add punch to the attack up top. Midfielders sophomore Ben Bender (2g, 0a), a 2020 All-Big Ten Second Team selection, junior Malcolm Johnson (2g, 0a), and sophomore Joe Suchecki (1g, 0a) are among other returning players who have the potential to add sizzle to the offense in 2021. Redshirt freshman midfielder Joshua Bolma and junior forward transfer Hunter George are among several newcomers who could add an additional dimension to the Terp attack.

A solid contingent returns on the defensive side of the ball with the advantage of having a year of experience playing together under their belts. Center backs senior Brett St. Martin, a 2020 All-Big Ten selection, and junior Chris Rindov (0g, 1a) and outside backs sophomore Alex Nitzl, redshirt junior Nick Richardson (0g, 3a) and sophomore Kento Abe are among key returning defenders. Sophomore Jamie Lowell who started eight contests in the spring and junior Niklas Neumann who started three contests and was the starter in goal in 2019 return to give the Terps two very talented netminders.

The experience a young Maryland team gained last year should enable the Terps to avoid the learning curve that they experienced last year that hampered the level of their play in the early going. After beginning the 2020-2021 season with three losses, the Terps turned things around going 4-0-2 including a statement win over a ranked Michigan side before closing the season with a 2-0 loss to Indiana in the semifinals of the Big Ten Tournament and a 2-1 loss to Missouri State in the first round of the NCAA Tournament.

Improvement is likely in 2021 if the current sophomores who saw a lot of minutes last year get the traditional bump in the level of play that goes with having a year of experience. Midfielders Ben Bender and Joe Suchecki, forward Jacen Russel-Rowe, backs Alex Nitzl and Kento Abe and goalkeeper Jamie Lowell are among the current sophomores who should hit the ground running in 2021.

Maryland is at their best when they are able to apply pressure, keep their opponents on the backfoot, maintain possession and control the tempo of the attack. Seniors forwards Brahyan Padilla and Justin Gielon, junior midfielders Malcolm Johnson and Justin Harris and backs senior Brett St. Martin, redshirt junior Nick Richardson, and junior Chris Rindov are among the upperclassmen who will likely be called upon to set the pace on both sides of the ball.

Sasho Cirovski, who is one of only handful of coaches with over 400 wins, did a good job of managing expectations at Maryland last year and developing the talent of his team as the season progressed. The Terps showed a lot of grit last year when they turned what could have been a disastrous season into one that provided a solid foundation upon which to build. Last years rebound was definitely a good sign, but their performance this season will serve as something of a validation of that in what has the potential to be a pivotal year for the program. Continued improvement on both sides of the ball is needed in 2021 in order for Maryland to have the capacity to put in a full ninety minute shift and avoid the lapses in play that derailed them at times last year. Regardless, it is a given that Maryland under Cirovski’s guidance will be a difficult opponent to face.

If the sophomores get a bump in the level of their play, if a go-to goal scorer or two emerges to make the attack more robust, and if the defense anchored by center backs Brett St. Martin and Chris Rindov benefits from the experience gained last year, the Terps could return to the top of the Big Ten. Maryland will enter the 2021 with a good amount of ifs. Accordingly, a Big Ten title may not be in the works just yet but upward progress in the conference hierarchy and another berth in the NCAA Tournament are attainable goals.

Maryland opens the 2021 season with contests at home against Charlotte, UMBC, and George Mason. A good start in those games would be a great sign and momentum builder for this team.

William Kulvik – Defender – Baerum, Norway – Played for Stabaek IF and the Norwegian U-17 National Team.