Marshall University – The Journey Continues – The Defending National Champions Prepared And Eager To Defend Title In 2021. 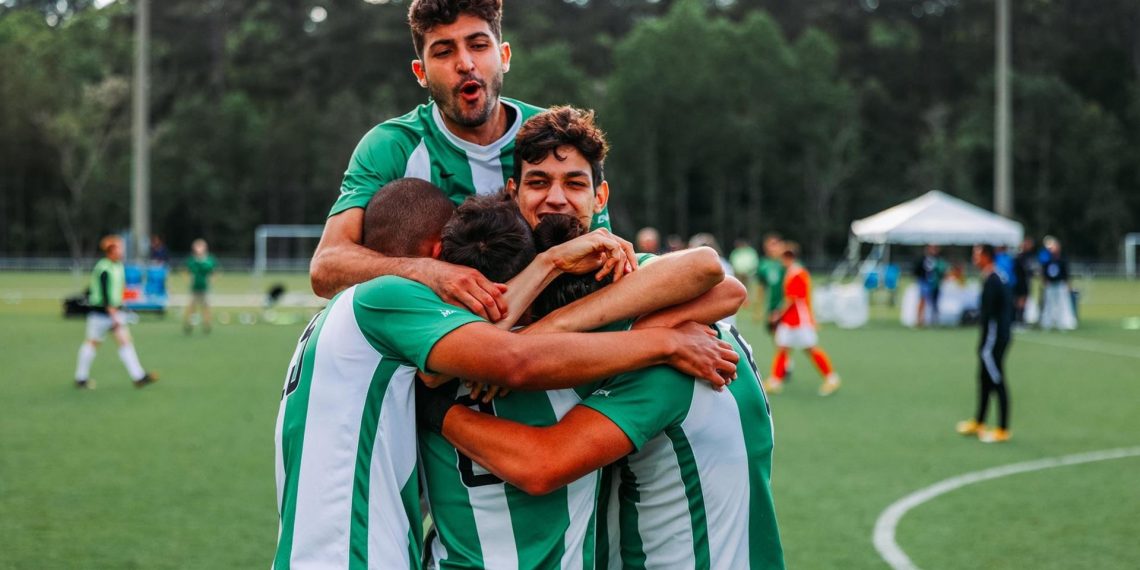 Marshall will be without forward Jamil Roberts (5g, 5a) who signed a professional contract with Sporting Kansas City II. Roberts scored 19 goals and contributed 20 assists during his four-year tenure in Huntington. He scored the game-winning goal in Marshall’s wins over Georgetown, North Carolina and Indiana in the 2020 NCAA Tournament.

Marshall under the guidance of head coach Chris Grassie did a great job last season of sticking to a style of play and game plan that served them well particularly in the survive and advance environment of the NCAA Tournament. They will have the on-going challenge of continuing to play to their strengths while also growing as a team and improving their ability to make the adjustments in their approach that will enable them to prevail as situations may necessitate and as opponents adapt to their style of play.

The Herd will miss the playmaking ability and clutch goals that forward Jamil Roberts (5g, 5a), a 2020 All-CUSA First Team selection and four-year starter provided, but the cupboard is far from bare with several prime time finishers slated to return.

United Soccer Coaches and College Soccer News All-American Vitor Diaz (6g, 7a), the 2020 CUSA Player of the Year, Offensive Player of the Year and Co-Midfielder of the Year, is back to power the attack. Diaz will be joined by equally explosive redshirt junior forward Milo Yosef who contributed 4 goals and 4 assists in 2020. Yosef, who led Marshall in scoring in 2019 with 12 goals and 9 assists, was a United Soccer Coaches and College Soccer News 2019 All-America Team selection.

Senior Pedro Dolabella (1g, 3a), a 2020 All-CUSA Second Team selection and four-year starter, returns to set the pace in the midfield along with junior Max Schneider, a 2020 All-CUSA Second Team selection, who has been a starter for the past two seasons. Senior Vinicius Fernandes (3g, 1a), a three-year starter, is a box to box midfielder who adds balance to the offense. Junior Joao Souza (1g, 0a) and redshirt sophomore Jacob Adams (0g, 1a), a 2020 CUSA All-Freshman team selection, round out a solid nucleus of returning midfielders.

Junior right back Jan-Erik Leinhos (4g, 3a), a three-year starter, adds another dimension to the offense with his ability to push forward to secure a numbers advantage when the opportunity to do so presents itself. Two of his four goals last year were game-winners.

Marshall entered the 2020 season with a void to fill in goal due to the departure of Paulo Pita who had been the starter in 2018 and 2019. Transfer Oliver Semmle turned out to be just what the doctor ordered. Semmle, the 2020 CUSA Goalkeeper of the Year, had a 0.38 goals against average and recorded 11 shutouts while anchoring a tenacious Marshall defense that only allowed a total of eight goals. Semmle returns for his senior season to give the Herd an experienced and talented presence between the pipes.

Senior center back Nathan Dossantos (1g, 2a), a 2020 All-CUSA First Team selection who transferred in last year from Duquesne, returns to anchor the backline. He will be joined by redshirt senior Collin Mocyunas, a 2020 All-CUSA Second Team member, senior Jan-Erik Leinhos (4g, 3a) and sophomore Gabriel Alves, a 2020 All-Freshman CUSA Team selection who now has the advantage of a year of starting experience under his belt. Redshirt junior Ryan Sirk and sophomore Davi Edwards are among other returning backs who look to be in the mix.

Unseeded Marshall crashed the 2020 NCAA Tournament party with a run to the national championship that included wins over Fordham, Clemson, Georgetown, North Carolina and Indiana in a historical season that has forever raised program expectations.

Marshall head coach Chris Grassie will enter his fifth season at the helm of a program that has transitioned in an amazingly short period of time from being the hunter to being the hunted. The Herd now has the nice to have and enviable but challenging problem of entering the 2021 season with a big target plastered on their jerseys. No one is going to look past Marshall. That means remaining focused on the task at hand, taking it one game at a time, and not looking past anyone is a critical success factor more than ever before for Marshall in 2021.

The question now is what will the Thundering Herd do for an encore. With just about everyone back there is no reason to expect a drop off in the level of play at Marshall in 2021. Nonetheless replicating the success that the program had last year is not going to be easy. However with a lot of experienced talent slated to return it is not out of the question. You can bet the farm that Grassie and his staff are not going to take their foot off the gas.

It was a team effort last year and it is a team effort that will determine Marshall’s ceiling in 2021. The success that the Herd enjoyed last year can be attributed in part to the fact that everyone was on the same page. While there were bumps in the road along the way, Marshall continued to deploy and trust in a game plan that was focused on maintaining possession, wearing their opponent down, and patiently waiting for a seam, weakness or mistake that they could exploit.

Marshall prevailed with an opportunistic but not really high scoring offense last year and a stout team effort on the defensive side of the ball. With Vitor Dias and Milo Yosef returning they should again have a capable attack but will need another player or two to emerge to fill the void that exists due to the departure of Jamil Roberts.

The midfield looks solid but depth could be an issue as the season progresses. The defense anchored in goal by senior goalkeeper Oliver Semmle and senior backs Nathan Dossantos and Jan-Erik Leinhos should again be rock solid and make Marshall the kind of team that no one will want to have to chase from a goal down.

It is a great time to be a part of the Thundering Herd faithful. Marshall will enter the 2021 season as the number one ranked team in the country. This is a program with a ton of momentum, a lot of excitement surrounding the program, and a very solid foundation in place upon which to continue to build a winning culture. At this point they all appear to be sustainable.

Marshall will test the waters early with tough 2021 season opening games away from home against James Madison University out of the Colonial Athletic Association and Virginia Tech out of the Atlantic Coast Conference before hosting new CUSA member Coastal Carolina.