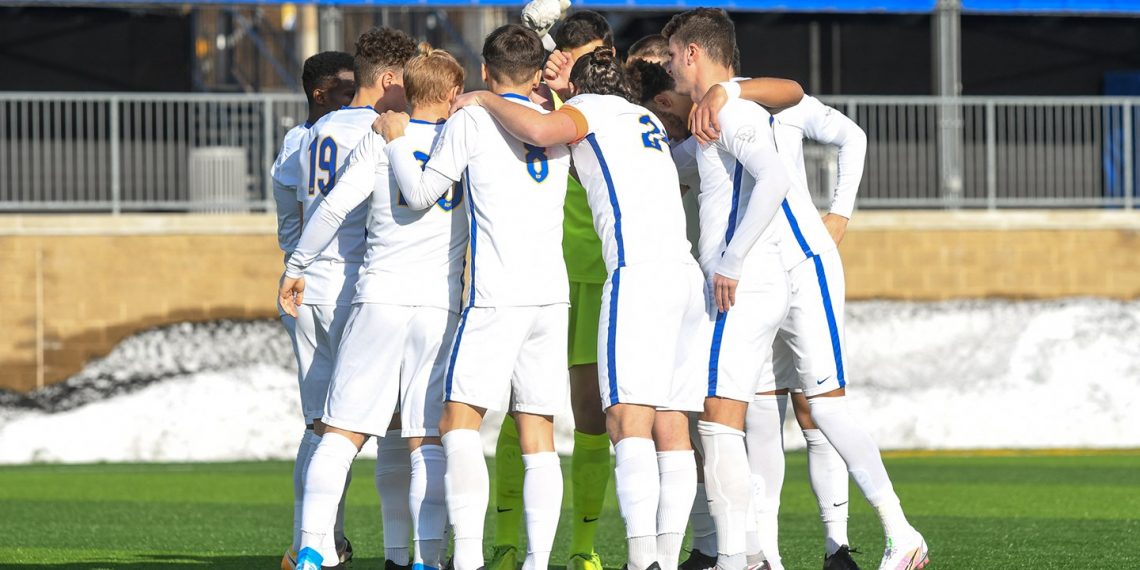 Everything Came Together For Pittsburgh in 2020 During JaY Vidovich’s Fifth Season At The Helm Of The Program. the best season in the 67 year history of the program included a 16-4-0 overall record, the acc coastal division title, a 9-1-0 mark in conference play, the number two seed in the ncaa tournament, and the program’s first ever berth in the college cup.

Pitt will be without starting center back Bryce Washington (4g, 1a) who signed a homegrown contract with Atlanta United. Washington appeared in 38 games with 33 starts with the Panthers during two seasons after transferring in from Rutgers where he was a starter as a freshman and sophomore. Washington was a key ingredient in the Pitt’s back line while also contributing a total of six goals and one assist.

Pitt traveled in uncharted waters at times last year advancing to the ACC Tournament Final and the ACC automatic qualifier game and advancing to the College Cup for the first time in program history. The experience gained from playing in those contests should enhance Pitts game management skills and ability to close out big games against top-tier opponents.

Pittsburgh was among the most explosive teams in the country last year netting a total of 51 goals with an average of 2.55 goals per game. Pitts firepower was on full display in their run to the College Cup during which they dominated Monmouth 6-1, UCF 4-0 and Washington 3-0.

When their attack was in gear, which was often, the Panthers were able to wreck havoc on opposing defenders as reflected in the fact that they scored three or more goals in 12 of their 20 games last year.

With junior midfielders Valentin Noel (14g, 2a) and Veljko Petkovic (9g, 8a) and forwards senior Alexander Dexter (7g, 5a) and sophomore Bertin Jacquesson (4g, 7a) all slated to return the Panthers have the pieces in place to again mount a powerful multi-dimensional attack capable of scoring in multiples. Noel was a United Soccer Coaches and College Soccer News All-American and the 2020 ACC Offensive Player of the Year, Petkovic was a 2020 All-ACC Second Team selection, Dexter was a 2020 All-ACC Third Team selection, and Jacquesson was the 2020 ACC Freshman of the Year and a College Soccer News All-Freshman First Team selection.

It is also a plus that defenders Jasper Loeffelsend (0g, 9a), Arturo Ordonez (3g, 2a) and Raphael Crivello (0g, 4a) are all capable of pushing forward into space to add punch to the offense out of the back.

Senior Jackson Walti (1g, 2a), a 2020 All-ACC Second Team with three years of starting experience, is the glue guy in the midfield playing in every minute of every game last year. Walti and sophomore Filip Mirkovic (3g, 2a), a 2020 ACC All-Freshman Team member and College Soccer News All-Freshman Team selection, round out what looks be a talented and experienced 2021 Panther midfield. Redshirt sophomore forward Luke Mort (1g, 0a) and senior midfielders Matt Bailey (0g, 1a) and Rodrigo Almeida (1g, 0a) are among several returning players who will add balance and depth.

Nico Campuzano, an All-ACC First Team selection and South All-Region selection, returns in goal to anchor the defense. Campuzano, a transfer from Portland, had a banner 2020 season during which he played in every minute of every game and recorded a 1.12 goals against average while posting six shutouts.

The talent, toughness, and leadership ability that center back Bryce Washington brought to the pitch will be missed but with starting backs Jasper Loeffelsend, Arturo Ordonez and Raphael Crivello returning a solid nucleus exists upon which to reload.

The Panthers played well last year with a defense that continued to improve as the season progressed allowing a total of only two goals during their four contests in the NCAA Tournament. Solid and consistent play on the defensive side of the ball and the ability to defend as a group are critical success factors in Pitts on-going quest for balance and continued improvement.

Suffice it to say that Pitt has made an amazing transformation during the five seasons that Jay Vidovich has been at the helm of the program. It didn’t happen overnight but during each of the five seasons to date tangible building blocks were put into place that led to the success the program had in 2020.

An ACC title and a national championship remain ambitious objectives but are no longer unrealistic goals for Pitt. The Panthers now have the maturity and mindset as a team in addition to the talent and depth needed to close out contests that would have slipped away from them in the past.

More teams coast to coast than ever before will enter the 2021 season with a large number of returning starters due to the additional year of eligibility granted by the NCAA because of the coronavirus. Pitt is no exception with ten returning starters including graduate students goalkeeper Nico Campuzano and defender Jasper Loeffelsend and senior Alexander Dexter who has four years of starting experience under his belt.

Defender Bryce Washington is the lone departure. With so much talent and experience returning including dynamic playmakers like Noel and Petkovic the ingredients clearly exist for another banner season. Nonetheless the Panthers will have a bumpy road to navigate with little margin for error due to the high level of competition that exists from top to bottom in the ACC.

Cautious optimism is warranted. The talent is on board but the potential exists for Pitt to have a better team and still end up not equaling the level of success they enjoyed last year in terms of wins and losses. All things considered, how far Pitt goes in 2021 will be greatly influenced by whether or not they remain hungry to accomplish more and whether or not they have a mindset that will enable them to bring their A game and remain focused on the task at hand every time they take the field.

Pitt opens the 2021 season with games against Duquesne, West Virginia, Lehigh and Akron before entering into a brutal stretch of four games in early September that includes North Carolina (ACC) at home followed by games on the road against Penn State (Big Ten), Wake Forest (ACC) and Clemson (ACC) that will test their mettle.

Buckle up for what should again be a fun and challenging ride for the Panthers in 2021.

Cade Hagan – Forward – Chicago, Illinois – Neuqua Valley – Played for Sockers FC in Chicago. Played with Sporting Gijon in Spain where he scored four goals and contributed one assist with the reserve squad. Played with the U-15 US National Team.

Luis Sahmkow – Forward – Plano, Texas – Plano East – Played for Solar Soccer Club. Competed in the MLS Next in 2021 scoring a total of 28 goals.