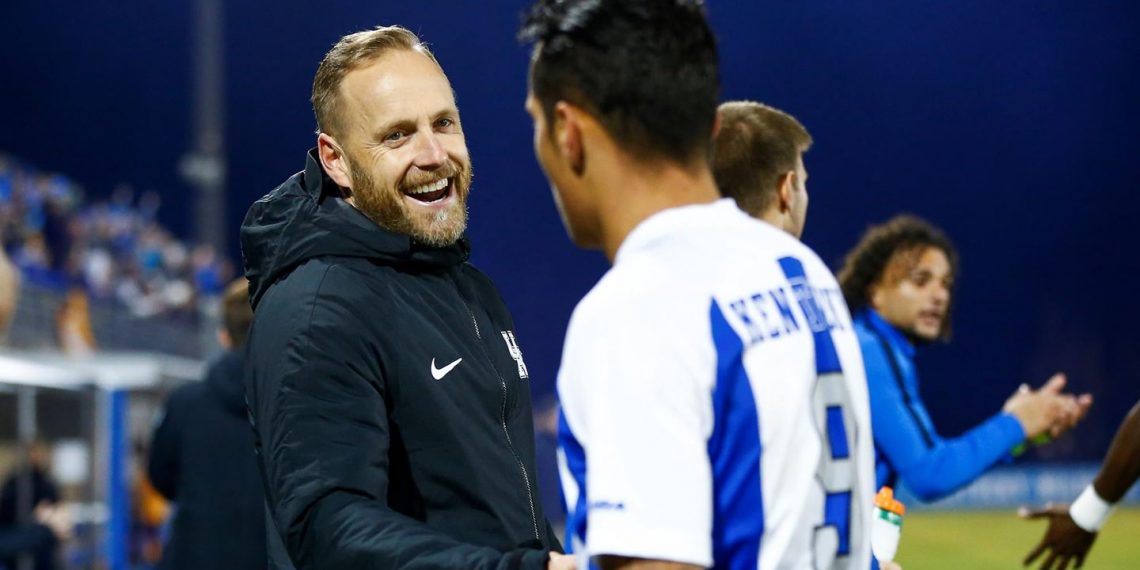 Don't expect Kentucky to be a shooting star.  The Wildcats look to again be among the top teams in the country in 2019. Nine starters and a strong supporting cast are slated to return from the 2018 team that won the CUSA regular season and tournament titles, recorded a school record nineteen wins, was awarded the number three seed in the NCAA Tournament, and advanced to the Elite Eight.

Departures and Gaps – Almost everyone returns but the two who do not were impact players. Kentucky will be without right back Tanner Hummel (1g, 4a) who was a four-year starter and team captain for two seasons. They also will be without the services of All-American forward JJ Williams (18g, 8a) who elected to forgo his senior season to enter the professional ranks. Neither will be easily replaced. Hummel's departure creates a leadership and experience void. Williams was a difference maker who produced nine game-winners last year. He was the go-to guy who often came up with the big play the Wildcats needed to prevail.

Opportunities for Improvement – Kentucky was a young team last year with nine underclassmen including four freshmen in the starting lineup. The experience gained in 2018 should pay dividends in 2019 particularly when it comes to putting together a full ninety minutes of play on the road.

Summary – Kentucky was on a roll last year and appeared on track for a berth in the College Cup until derailed at home in the Elite Eight by eventual national champion Maryland. It was a dissapointing end but nonetheless a banner season which could prove to be a stepping stone for even greater accomplishments in the future. Sometimes such a loss can prove to be a catalyst for the following year. A talented team with something to prove can be dangerous.

Johan Cedergren has done a really good job of putting in place a winning culture as reflected in the fact that Kentucky has earned a berth in the NCAA Tournament for five of the seven seasons (2012, 2014, 2015, 2016, 2018) that he has been at the helm of the program. The 2018 season was by far the most successful that the progam has ever experienced. The Wildcats greatly exceeded expectations with a breakthrough season in which they jumped from an 8-6-4 record in 2017 during which they scored a total of twenty goals and allowed seventeen to a 19-2-1 record in 2018 during which they scored a total of forty-nine goals and only allowed eleven.

Everything fell into place on both sides of the ball for Kentucky in 2018. They displayed an exciting attack oriented style of soccer along with very solid team defense. They ranked among the top teams in the country in both goals scored per game (2.63) and goals against average (.490).

The Wildcats will enter the 2019 season determined to build on what they accomplished last year. The potential clearly exists for another run to the Elite Eight or better in 2019 but it will not be easy. After all, prior to the 2018 season you have to go back to the 2003 campaign to find a season in which the Wildcats advanced in the NCAA Tournament. There are voids that must be filled but with so much talent returning a significant drop-off is not likely.

Sophomore forward Jason Reyes (8g, 4a), the 2018 CUSA Freshman of the Year, and junior midfielder Kalil ElMedkhar (11g, 10a), a 2018 All-CUSA First Team selection, return to spearhead the attack. Junior Bailey Rouse (2g, 1a) and sophomores Nicolai Fremstad (2g, 7a) and Marcel Meinzer (0g, 7a) are among returning midfielders who should play key roles. Sophomore Brock Lindow (1g, 2a) also figures to be in the mix in the midfield or back. Sophomore forwards Daniel Evans (2g, 0a) and Clay Holstad (2g, 0a) are among other returning players who look to be in the hunt for a greater role in 2019.

United Soccer Coaches All-American junior Enrique Facusse who has been the starter in goal for the past two seasons returns to anchor the defense. Junior United Soccer Coaches All-American defender Aime Mabika (2g, 1a) and junior Leon Jones (0g, 3a) return at centerback. Sophomore back Cole Guindon (0g, 2a) also returns with a year of starting experience under his belt. Senior Keyarash Namjoupanah also looks to be in the mix in the back.