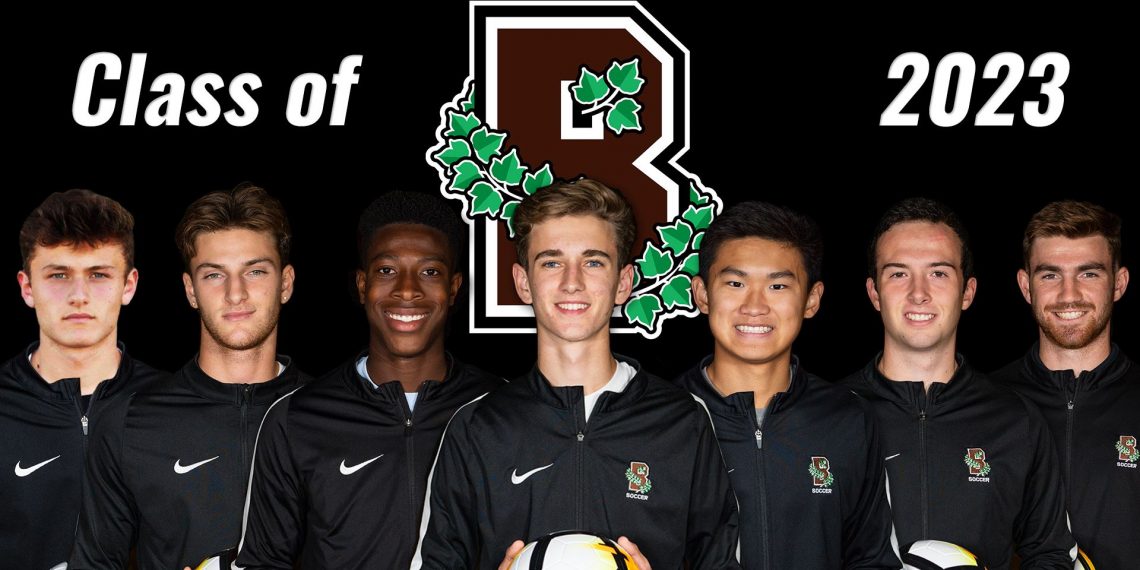 Patrick Laughlin has added a recruiting class with resumes that contain a solid foundation of competitive play and the technical skills needed for continued development and success at Brown. This group has the potential to be a part of a lot of wins before their tenure in Providence has ended. The newcomers should help fill some needs immediately while adding quality depth in other areas.

Departures and Gaps – Brown will be without forward Toby Howell (4g, 0a) and defenders Gabe Welp (0g, 1a) and Justin O'Brien (0g, 1a) due to graduation. Howell was a two-year starter. Welp was a four-year starter and a 2018 All-Ivy League Second Team selection.

Opportunities for Improvement – The creation of more scoring opportunites and a better job of finishing the ones created.

Coach's Recruiting Class Comment – Patrick Laughlin stated, "We are pleased with the depth and quality of the recruiting class. We needed to add competition in certain positions throughout the team and believe that this class has addressed that. I am really lookng forward to getting our group together in preseason."

Summary – Brown returns a solid necleus including nine starters from the 2018 team that was 8-8-1 overall with a 2-5-0 mark in Ivy League play. Brown's ability to increase its win total and move upward in the Ivy League hierarchy in 2019 will depend on the bump in productivity that the year of experience yields in the level of play of the returning players.

Senior midfielders Danny Schiller (4g, 5a), a 2018 All-Ivy League Second Team member, and a healthy Matthew Chow (2g, 3a), a 2015 and 2016 All-Ivy League selection, are among returning players who will set the tempo for the Bears and add more punch to the attack. Senior Robrigo D'Andrea (1g, 1a), a starter for the past two seasons, and sophomore Derek Waleffe (3g, 2a) are among other returning linkmen who will play key roles. Senior Joseph Lee (0g, 1a) and sophomore Nicolas Perez also look to add value in the midfield.

The emergence of a goal scorer up-top also looks to be a critical success factor in 2019 and remains a key unanswered question. Solving that may be a challenge. Sophomore forward Alex Mina, who missed the 2018 season due to a broken foot, is among those who could help fill that void. Senior Austin Lind, junior John Vrablic, sophomores Malcolm Johnson (1g, 1a), Nathan Plano and Dennis Pyetsukh are among other returning forwards who saw limited action last year but will seek to play a greater role in 2019.

The healthy return of back and team captain Jack Hagstrom, a three-time All-Ivy League First Team selection, who missed the 2018 season due to injury is a huge plus. Hagstrom is a difference maker who will set the pace and tone for the Bears on the defensive side of the ball. Hagstrom will be joined in the back by seniors Jackson Goebel, a starter for the past two seasons, and Zac Anderson, juniors Will Mims and Will Hayward and sophomore Will Crain who now has the benefit of a year of starting experience under his belt. Brown entered the 2018 campaign without an experienced goalkeeper. That will not be the case in 2019 with junior Max Gross and sophomores James Swomley and Max Waldau who gained starting expereince last year slated to return.

The bottom line is that Brown should be a much stronger team in 2019 than they were last year. They will be more experienced and deeper with a solid contingent of seniors to set the pace which is encouraging. The newcomers will increase the level of competition for playing time which is always a plus. Nonetheless, the degree to which these factors translate into improvement in the level of play on both sides of the ball remains to be seen.