Indiana – Another Season And Once Again Expectations are High. No Reason To Expect Anything Else. 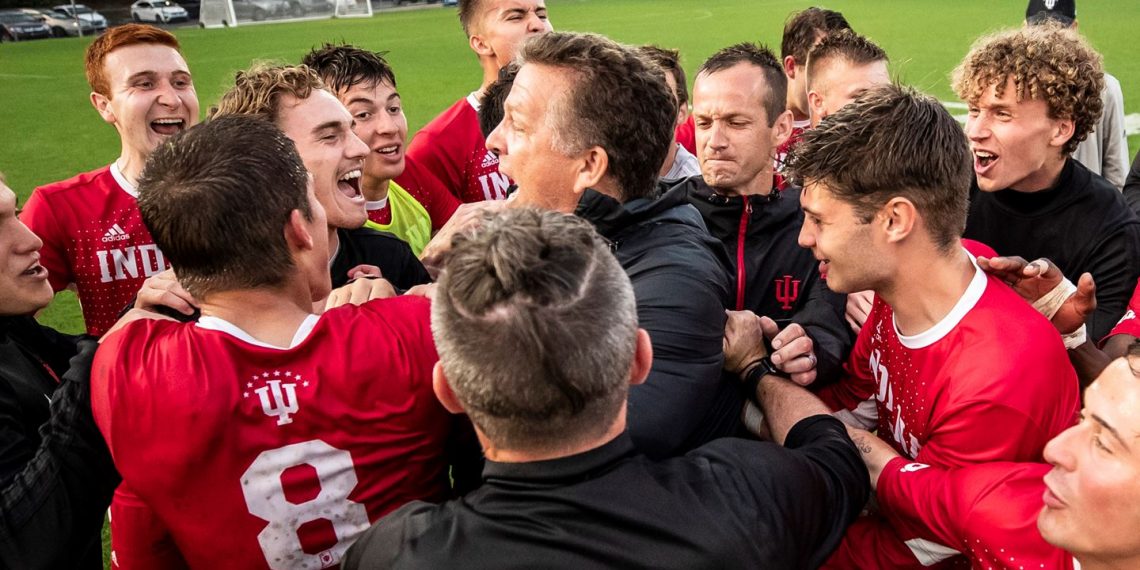 The Hoosiers are coming of a season during which they were 13-2-1 overall with a 7-1-0 mark in conference play, won both the Big Ten Regular Season and Tournament Titles for the third consecutive year, earned the number three seed in the NCAA Tournament, and advanced to the national championship game.

Loses due to graduation include forward/defender A.J. Palazzolo (0g, 3a) who was a two-year starter and forwards Thomas Warr (2g, 0a) and Ian Black.

The continued emergence of others to add an additional dimension and balance to the offense. The attack will feature the big play ability of junior All-American forward Victor Bezerra (12g, 4a) but he will no doubt be a closely marked man.

Todd Yeagley stated, “These young men will enhance our strong culture at IU with their passion, strong character and winning mentality. Positional versatility, strong leadership and dynamic attacking abilities are all key characteristics of the 2021 signing class.”

Players who scored 29 of the 31 goals IU scored in the 2020/2021 season are slated to return. Junior forward Victor Bezerra, (12g, 4a), the 2020 Big Ten Offensive Player of the Year and MAC Hermann Trophy runner-up, returns to power the attack up-top. Forwards redshirt junior Ryan Wittenbrink (5g, 2a) and junior Maouloune Goumballe (2g, 2a) and All-Big Ten Second Team junior midfielder Herbert Endeley (4g, 2a) are among other returning players who are all very capable finishers. Redshirt senior Joe Schmidt (1g, 4a), a two-year starter, will set the pace in the midfield.

The Indiana defense should again be among the best in the country with a very experienced contingent returning from the 2020/2021 season during which the Hoosiers posted a total of ten shutouts and held opponents to a total of only six goals. All-American Junior Roman Celentano who has been the starter in goal for the past two seasons returns to anchor the defense. Celentano is a prolific shot stopper who had a 0.36 goals against average last year.

A top-shelf Indiana back line will include redshirt senior All-American Spencer Glass who missed the final eight games of the 2020/2021 season due to injury, redshirt junior Daniel Munie who was an All-Big Ten Second Team selection, sophomore Joey Maher who had a banner freshman season, senior Nyk Sessock, junior Brett Bebej and sophomore Lawson Redmon.

The following factors are among the reasons why Indiana consistently performs at the highest level. They annually bring on board talented, athletic, and team oriented players, they develop the skills of their players to prepare them to assume greater roles, they merge the individual talents of their players into a unified team, and they do a great job of maintaining the balance needed to apply the level of pressure needed on the offensive side of the ball to create scoring opportunities while remaining organized and stout on the defensive side of the ball.

There is a lot to like about Indiana’s chances for another banner season in 2021. The Hoosiers have added an impressive eight member recruiting class, a lot of players gained valuable minutes last year that should enhance the level of their play and prepare them to assume a greater role in 2021, and with just about everyone back on both sides of the ball it is highly likely that they will once again have the balance needed to be dominant on both sides of the ball.

Indiana did a really good job during the recently completed season of finding a way to prevail in the close contests. During the NCAA Tournament they combined solid play on the defensive side of the ball with a patient yet opportunistic attack to gain the edge they needed to survive and advance.

If the offense flourishes, if there is no drop-off on the defensive side of the ball, and if the Hoosiers utilize the experience they gained last year to enhance the level of their play, then this team has a good shot at once again playing for a national championship and securing a different outcome in 2021.