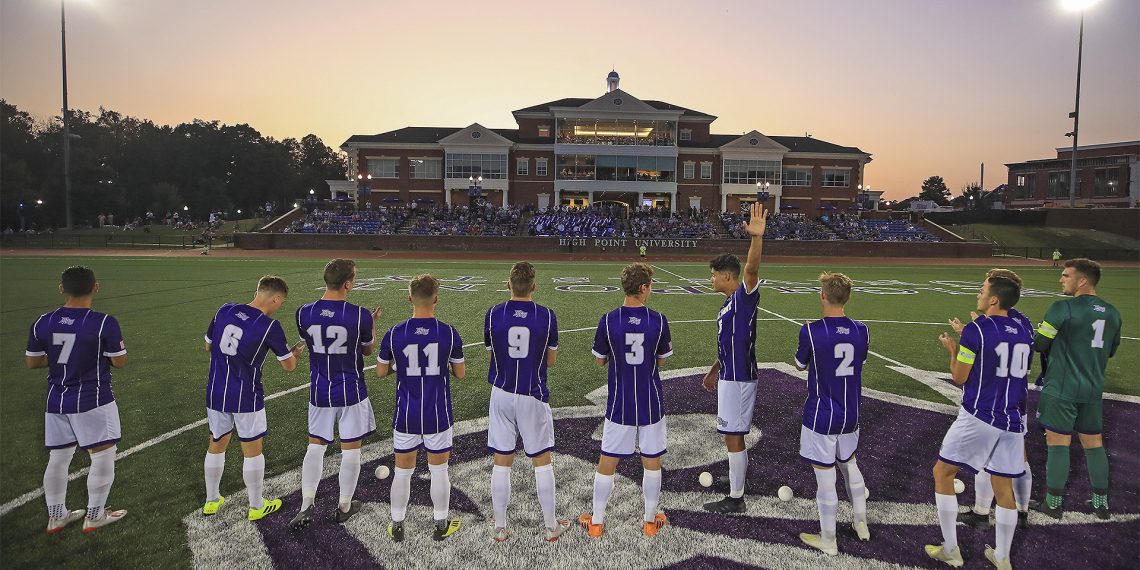 The Panthers have added a six member recruiting class that includes four transfers that could help address the voids that exist.  HPU is coming off back-to-back thirteen win seasons.

Opportunities for Improvement – The departure of six talented and experienced senior starters who were responsible for eighteen of the twenty-seven goals HPU scored last year necessitates that others step forward and assume a greater role in 2020 on the offensive side of the ball.

Coach's Recruiting Class Comment – Zach Haines stated, "Their character, leadership, and work ethic are every bit as impressive as their talent, which will allow for the most significant impact to our culture and potential success."  He added, "The 2020 class will add competition and depth in numberous spots, which will help drive this program forward in a big way."

Summary –  Zach Haines will enter his second season at the helm of the program with the advantage of a year of experience under his belt and with the addition of a very promising recuriting class but without the experienced services of six senior starters from the 2019 team that was 13-7-0 overall, had a 7-1-0 mark in Big South Conference play, and advanced to the title match of the Big South Tournament where they were topped by Campbell 4-1.

Sophomore Jordan Lonchar (4g, 4a), a 2019 All-Big South Second Team selection, is among returning players who Haines will count on to add punch to the offense up-top. Sophomore forward MD Meyers (0g, 1a) who appeared in eighteeen games last year, graduate transfer Victor Pimentel from the University of Mobile and freshman Ousmane Gueye out of the Pennington School are among others who could add an additional dimension to the attack up-top. Juniors Alex Abril (5g, 2a) and Lalas Ayertey and senior Dylan Bradley are among returning midfielders who look to be in the hunt for a greater role in 2020. Junior transfer Sebastian Chalbaud from Stetson and senior transfer Mason Marcey from Valparaiso are among the newcomers who have the potential to make an immediate impact in the midfield.

The backline looks to be a team strength heading into the 2020 campaign with the return of senior Nick Phipps (0g, 1a) who has  been a starter for the past two years, juniors Alessandro Sobacchi (0g, 1a) and Josh Dubost, and sophmore Karson Kendall who was a 2019 Big South All-Freshman Team selection. Phipps, Sobarcchi, Dubost and Kendall were all starters last year. Senior backs Daniel Shahim who appeared in fourteen contests last year with five starts and sophomore Brady Francher who played in nineteen games with five starts also look to be in the mix.

The departure of Keegan Meyer means that a new face will be between the pipes in 2020 for the Panthers. Redshirt freshmen Gunnar Siegel and Holden Trent and redshirt sophomore transfer Ricky Ceballos from Akron will contend for the starting job in goal.

The backline will be experienced and skilled so HPU looks to be in good shape in that aspect of the game. Unanswered questions exist pretty much everywhere else on the pitch. Regardless, there's enough talent, both returning and incoming, to keep High Point a contender for the Big South Conference title again in 2020 but the biggest challenge may be molding it all together. Sometimes it takes a while for that to happen.

The ability of the newcomers to contribute will be an important factor for the Panthers but when it is all said and done their fortunes in 2020 will hinge on the level of improvment of returning players who were role players last year. High Point may reload quickly and have a banner season, but if they doesn't happen, this is a program that should be extremely competitive the following year.

Ricky Ceballos – Goalkeeper – Mexico City, Mexico, Instituto Educativo Olinca – A transfer from Akron where he didn't see action in 2018 or 2019. Played club for Universidad Nacional Club de Futbolliso. Starting goalkeeper for the Mexican U-20 and U-17 National Teams.