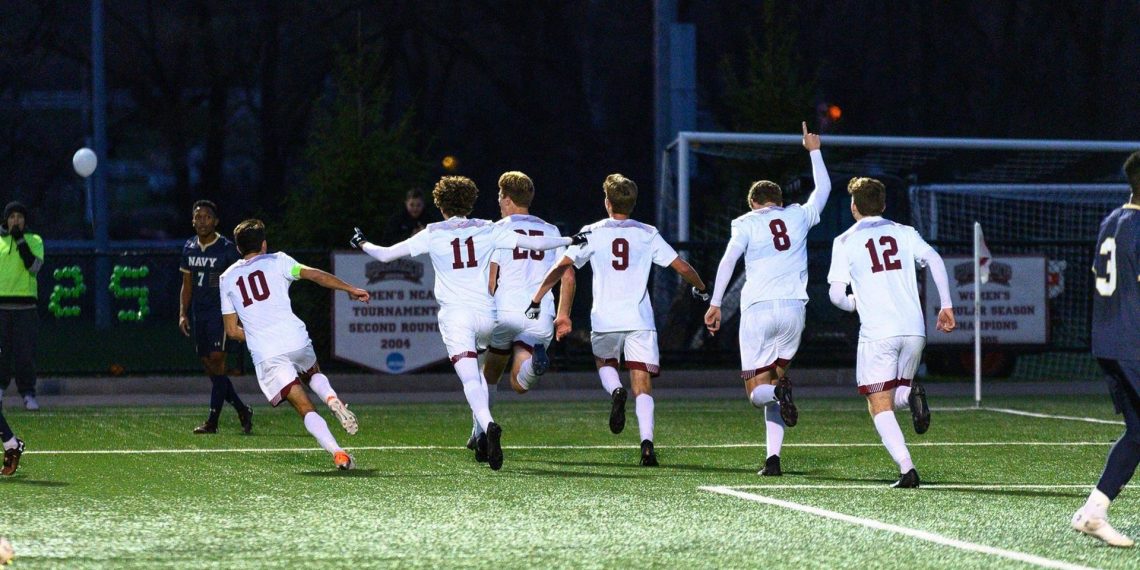 Colgate's string of three consecutive Patriot Leauge championships and berths in the NCAA Tournament ended last year. The Raiders will enter the 2020 season with several pluses that bode well for improvement as well as several key unanswered quesitons.

Departures and Gaps – Colgate will be without goalkeeper Jacob Harris whose twenty career shutouts are the second most in Raider history, midfielder Kentaro Morrison (1g, 2a) and defender Christian Clarke (3g, 3a) who were three-year starters. They also will be without forward Lucas Lezcano and midfielder Sebastian El Abdellaoui due to graduation.

Opportunities for Improvement – Colgate came out soft at times last year allowing their opponents to take an early lead. Improvement is also needed in offensive productivity.

Coach's Recruiting Class Comment – Erik Ronning stated, "Great people, terrific students, and talented players; these young men will contribute greatly to Colgate University and Colgate Men's Soccer. This is a fun, exciting group and I expect many to make immediate contributions on the field, while adding quality depth to our squad. It is a great day for Colgate Soccer."

Summary – Erik Ronning has instilled an excellent work ethic and team oriented culture at Colgate which helped a relatively young Raiders team play pretty much everyone close last year but a lack of big play ability on the offensive side of the ball hampered their capability to come from behind and their capacity to win the close contests. Under Ronning, the Raiders have played their best soccer of the year down the homestreach and been at their best during the Patriot League Tournament. While the effort was there and Colgate improved as the 2019 season progressed, things were different down the home stretch last year. As a result, their string of four consecutive double-digit win seasons and three consecutive Patriot League championships came to a halt with a 6-9-4 overall record and a loss to Layayette in the quarterfinals of the Patriot League tournament.

Statistics can sometimes be misleading but also revealing. Colgate found the back of the net a total of sixteen times last year while allowing opponents to score twenty-three times. You have to go back to Colgate's four-win 2013 season to find a year in which the Raiders scored fewer goals.

Sophomore forward Drew Fischer (4g, 3a) who started all but one game last year, junior forward Edward Bass (3g, 1a) who was a 2019 All-Patriot League Third Team selection with fifteen starts in eighteen matches, and junior forward Ryan Krueger (0g, 1a) who appeared in sixteen contests with fourteen starts are among those who could provide the spark on the offensive side of the ball that Colgate needs in 2020. Their collective ability, or the emergence of someone else, to become more of a weapon on the offensive side of the ball will be a huge factor in the level of success the Raiders have in 2020.

The midfield looks to be deep and experienced but must also become more productive on the offensive side of the ball in 2020. Senior Chris DePetro, a hard nosed competitior and starter for the past three seasons, returns to set the pace in the midfield. Junior Kian Alberto (1g, 4a). a starter for the past two years, is a key distributor who has been Colgate's top assist man the past two seasons. Seniors Mason Miller (2g, 0a), Simon Fisher and Colin Apel are among other returning linkmen along with sophomores Antonio Ducrot (1g, 9a), Max Edelstein (1g, 0a) and Bobby Foose (0g, 1a) who also figure to be in the mix with a year of experience under their belts.

Colgate will enter the 20120 season with a void to fill on the defensive side of the ball due to the graduation of defender Christian Clarke, a 2019 All-Patriot League First Team seleciton and three-year starter, and goalkeeper Jacob Harris who was also a three-year starter. Clarke and Harris were 2019 United Soccer Coaches All-Atlantic Region Second Team members. However, a solid contingent of defenders return including juniors Baraka Kiingi, Dominic Galietta, John Gerard, and Will Stroud and sophomores John Muckstadt and Chris Noriega (0g, 1a). The return of a healthy Stroud, a starter in 2018 who missed all but two contests last year due to injury, is a big plus.

There are several things on the plus side of the ledger at Colgate entering the 2020 campaign and several unanswered questions. The pluses include the experience and confidence that the younger players gained last year which should reduce the learning curve and enhance the consistency of play in 2020, the proven ability of Ronning to merge together the individual talents of his players into a unified team, and the addition of a recruiting class that should enhance depth. The primary unanswered question is Colgate's ability to up their productivity on the offensive side of the ball without a decline in effectiveness on the defensive side of the ball.

Colgate will be a stronger team in 2020 than in 2019 with the talent to contend for the Patriot League title but even if all the pieces fall into place their margin for error will remain thin in an always competitive Patriot League race.

Andrew Cooke – Goalkeeper – Bath, Ohio – Revere High School – Played with the Internationals DA has senior season. Played for the Kalamazoo Kingdom where he was a two-time captain.