Gonzaga Took A Step Forward In Aaron Lewis’ First Season As The Zag’s Head Coach. Continued Improvement Is Likely In 2022. 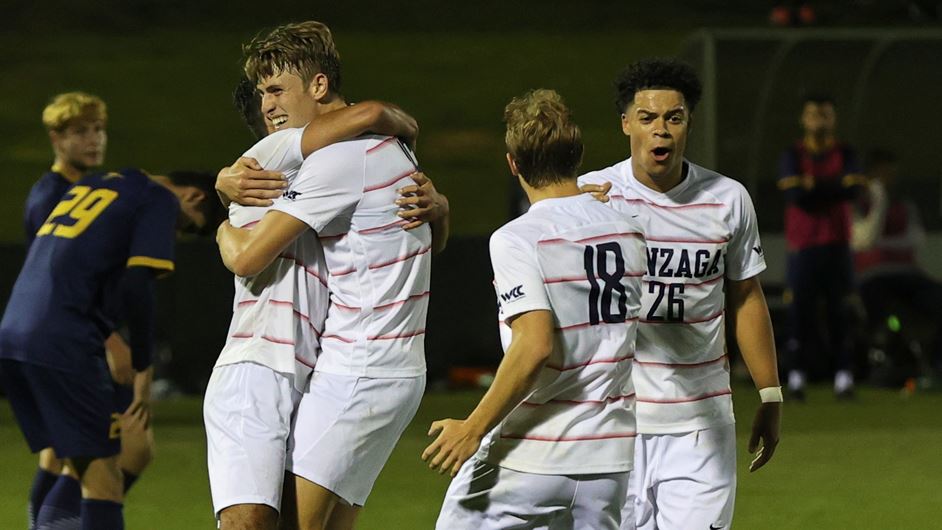 The Zags played well at times but as the season progressed they lacked the strength from top to bottom to produce the level of consistency needed for a full ninety minutes of competitive play.

Aaron Lewis stated, “This group of players have a nice set of abilities and experiences that we feel will position them to impact early in their collegiate careers.” He added, “They all love to play, desire to compete and enjoy the development process.”

Senior Demetrius Kigeya (5g, 3a), an All-WCC Second Team selection in 2019, 2020 and 2021 who has been an impact player since arriving in Spokane in 2018, returns to power the attack up-top. Kigeya is the go-to guy and key to the productivity of Gonzaga’s attack. He will clearly be a tightly marked man so others like sophomore forward Logan Dorsey (5g, 0a), who will enter the 2022 season with the advantage of a year of starting experience under his belt, will need to add another dimension to the offense.

Senior Frankie Ljukovic (3g, 1a), a four-year starter and 2021 All-WCC Second Team member, and sophomore Wylie Trujillo (3g, 1a), a starter last year who should benefit from the bump in the level of play that normally occurs between freshmen and sophomore seasons, will set the pace in the midfield.

Junior Leon Sitz (2g, 3a) who earned a spot in the starting lineup after transferring in last year from Monroe College and sophomores Jorge Aspas (0g, 1a) and Jesse Riodil are among other returning midfielders who look to be in the mix again in 2022. Senior R.J. Stretch, a transfer from Portland where he was a four-year contributor and Victor Gadea are among the newcomers who should make an immediate contribution. Stretch adds experience, toughness and passing range to the midfield while Gadea adds quickness and touch on the ball that will enable him to contribute as an attacking midfielder or winger.

The development of a more cohesive attack with the ability to maintain possession and put together the combinations needed to create seams that they can exploit look to be among the key factors that will determine productivity on the offensive side of the ball.

A solid nucleus returns on the defensive side of the ball. Redshirt junior Johan Garibay, a three-season starter with a 2021 goals against average of 1.87, returns in goal to anchor the defense. Garibay was an All-WCC Second Team selection in 2020. Redshirt junior Finn Simmersbach who appeared in three contests with two starts during the 2021 spring season also returns between the pipes.

Sophomores center back Angelo Calfo (1g, 0a) and back Caleb Kiner (1g, 0a) return with the advantage of a very productive freshman season under their belts. Junior defenders Devin Slingsby (0g, 1a), a starter for the past two seasons, and Loic Baures (0g, 3a) who saw action in every contest last year return along with redshirt junior Gideon Davis who was a starter during the 2021 spring season. Diego Domenech Domingo who honed his skills while playing in the Valencia CF System is among the members of the recruiting class with the potential to strengthen the defense at the center back position.

Efforts to rebuild always begin on the defensive side of the ball. Last year the Zags allowed a total of 33 goals including three or more in five of their last six contests. Look for improvement in the tenacity and organization of the defense to a priority and critical success factor for Gonzaga in 2022.

Rebuilding doesn’t often occur overnight. It is a multi-year process that includes the establishment of building blocks upon which further growth can occur. Aaron Lewis began the process of putting in place a foundation at Gonzaga last year upon which further growth can occur. Gonzaga’s 2021 seven win season was the most wins in a single season for the program since the 2016 team had eight.

Upward movement in the West Coast Conference is not going to be easy for a program that has traditionally been in the bottom half of the league. The good news is that there is reason for cautious optimism at Gonzaga heading into the 2022 season. Caution is warranted because the Zags face a steep uphill climb. Optimism is warranted in year two of the Lewis era because a solid nucleus of experienced players are slated to return on both sides of the ball, including two All-WCC Second Team selections.

One of the keys for upward movement at Gonzaga is the development of a roster with the strength and depth needed to maintain the level of consistently needed to prevent a drop off in play as the season progresses. The 2022 recruiting class is a positive step in that regard. Improvement is also needed in the level and consistency of play on both sides of the ball.

The experience gained last year should enhance the cohesiveness and balance of the attack, the midfield should be better with the ball and possession, and the defense more organized. Gonzaga will be a more competitive team in 2022 but how that translates in terms of wins and losses in 2022 remains to be seen. A West Coast Conference title in 2022 is a stretch goal but a ten win season and upward movement in the conference hierarchy are not out of the question.

Luke Tinsley – Midfielder – West Linn, Oregon – Played with the TOVO Academy in Spain. Played with the Portland Timbers Academy and Swoosh. First Team in the All Three Rivers League.

RJ Stretch – Midfielder – Spokane, Washington – University of Portland – Transfer from Portland where he started more than 30 games over his four year tenure. Portland made two NCAA appearances while Stretch was there. Played for the Sounders Academy and S2 for the Seattle MLS organization.