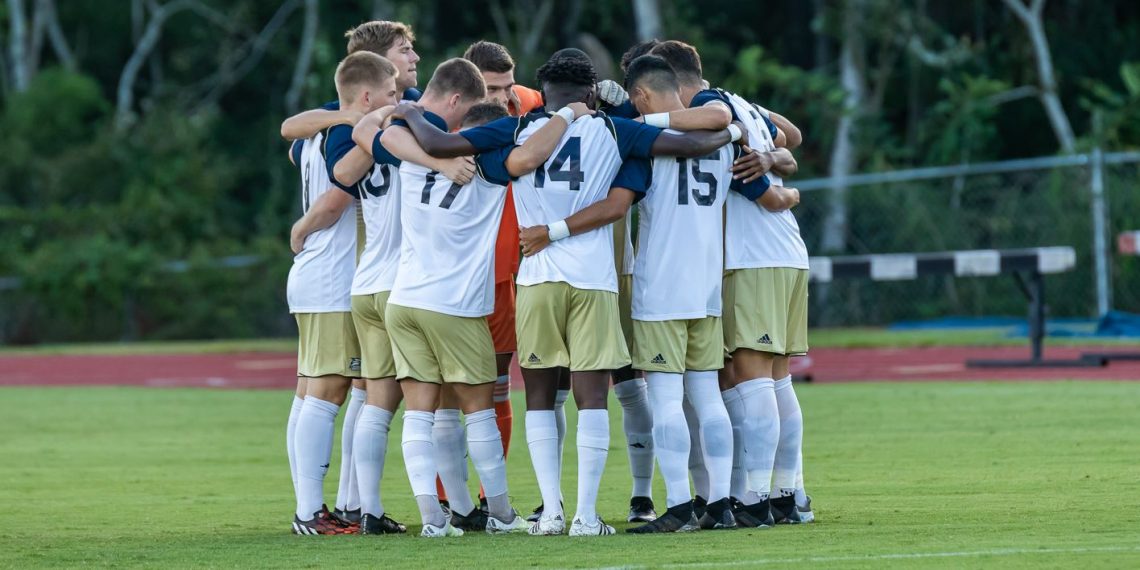 Georgia Southern has its sights set on upward movement in the Sun Belt Conference hierarchy in 2019 and an increase in its overall win total.  The Eagles return an experienced team that includes fourteen regular contributors from the 2018 squad that was 7-7-3 overall with a 2-1-1 mark in league play. Georgia Southern has announced the addition of six newcomers with more likely to be added.  Eight additional recruits were announced on July 17, 2019.

Departures and Gaps – Georgia Southern will be without five seniors from the 2018 team. Key departures due to graduation include forward Javier Carbonnell (15g, 3a) who was the 2018 Sun Belt Conference Co-Player of the Year and  Co-Offensive Player of the Year and midfielders Sebastian Gregersen (0g, 2a) and Luis Caraballo. They will also be without midfielders Samuel Mayer (0g, 3 a) and Erik Hoydal (1g, 1a).

Opportunities for Improvement – Consistency and the avoidance of costly lapses in play particularly on the defensive side of the ball.  The Eagles were a relatively young team last year with a lot of freshmen in key roles. The experience the underclassmen gained last year should improve Georgia Southerns' ability to put in a full ninty minutes of play. .

Coach's Recruiting Class Comment – John Murphy stated, "These individuals are good program fits for us both on and off the field. They understand the standards we have set here, and all have expressed a commitment to help us take another step forward in the coming years. I have enjoyed getting to know each of them during their college search and am confident they will each leave their mark on our Eagle men's soccer program."

Challenge number one for Georgia Southern in 2019, and it is a big one, is replacing the offensive firepower that forward Javier Carbonell who was one of the nation's top goal scorers last year provided. Much of the 2018 squad is back, but Carbonell, who accounted for over fifty percent of the twenty-eight goals the Eagles scored last year, was as important to his team as any player in the Sun Belt Conference last year. How well the rest of the Georgia Southern players pick up the slack his absence creates will have a huge impact on the level of success that the Eagles have in 2019.

Sophomore Adam Davie (6g, 0a) who had an impressive freshman season is among returning forwards who will be counted on to fill the void that exists on the offensive side of the ball. Senior Sander Wang (1g, 0a) who has been sidelined for portions of the past two seasons due to injury returns in the midfield along with juniors Aldair Cortes (2g, 7a) and Alhaji Tambadu who have been starters for the past seasons and sophomore Joshua Deane (0g, 1a) who appeared in ten contests last year with eight starts.  Juniors Jack Rittmeyer, Kareem Gharbi and Cristian Medina are among other returning midfielders who will be in the hunt for a greater role in 2019. Junior transfer Corey Irvine out of  Northeast Community College is among the members of the recruiting class with the potential to add depth to the midfield.

The backline which was porous at times last year will be experienced and deep. Senior Justin Little, a starter for the past three seasons, returns along with junior Gonzalo Talavera, a 2018 All-Sun Belt Second Team selection and two-year starter, sophomore Lee Flowers who was a starter last year, and senior David Rhoades who appeared in fifteen contests with three starts. Cortes may also be utilized as a defender. Josiah Dunstan looks to be among the newcomers with the physicality required to make an immediate contribution in the back. Sophomore goalkeeper Jokull Blaengsson who was a member of the Icelandic U-21 National Team returns to anchor the defense with the advantage of a year of starting experience under his belt.

The 2019 season could be a big year for Georgia Southern who looks to be well postioned to challenge for the Sun Belt regular season and tournament titles. The loss in the tournament final last year and the thought of what might have been should make the Eagles a hungry team in 2019. Chances are pretty good that Georgia Southern is only going to get better under Murphy who enters his fourth season at the helm of the program. On the other hand, a tepid non-conference schedule and the resurgence occuring within the Sun Belt Conference necessitates continued growth and improvement on both sides of the ball in order for upward movement to occur.

Jose Eduardo Bomfim – Goalkeeper – Salvador, Brazil – Sophomore transfer from Division II Lander University where he had a 0.60 goals against average. Played club for Metropolitano in Brazil.

Jack Philp – Midfielder – Edinburgh, Scotland – Transfer from Hartwick where he played for two seasons. Played in eight matches as a freshman in 2016. Played in eight contests as a sophomore in 2017. Played club for Tynecastle in Scotland.