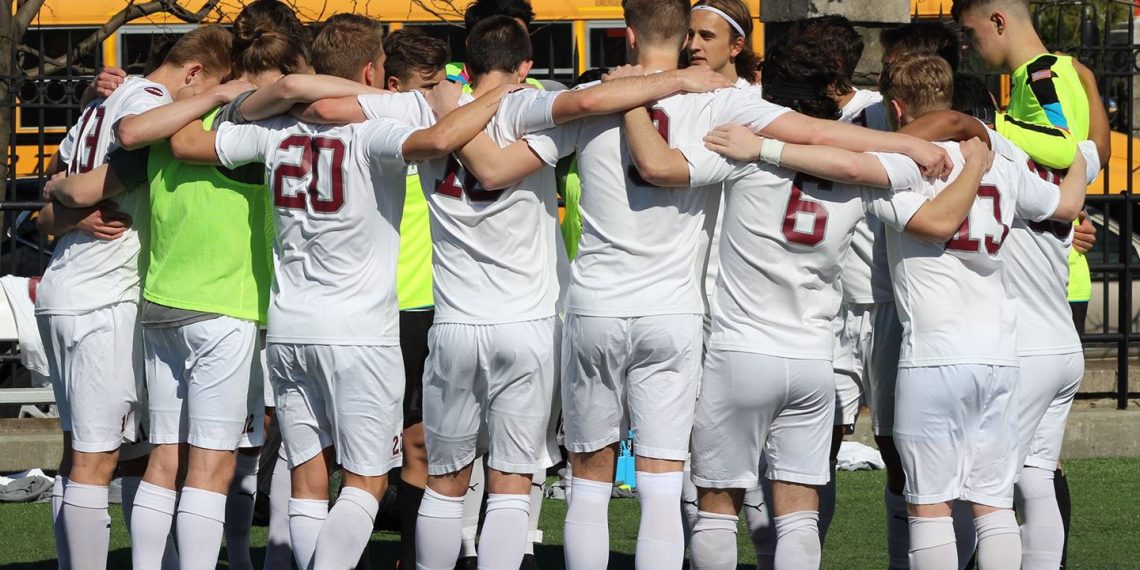 Carlo Acquista will enter his first season as the head coach at Fordham with a solid group of returning players and an eleven member recruiting class that includes several experienced players with the potential to make an immediate impact. Acquista also faces the challenge of filling the void that exists on both sides of the ball due to the graduation of several impact players who will not be easy to replace.

Departures and Gaps – The Rams will be without a highly productive six member 2018 class that included forward Janos Loebe (7g, 11a) who was a four-year starter, a four time All-Atlantic 10 First Team selection, and the Atlantic 10 Offense Player of the Year in 2017 and 2018, defender Vincenzo Zuccala who was a two-year starter, defender/midfielder Matt Miller who was a two-year starter, and goalkeeper Rashid Nuhu who was a four year starter and two-time All-Atlantic 10 First Team selection who posted thirty career shutouts and had a 0.93 career goals against average. Fordham will also be under new management due to the departure of Jim McElderry who resigned to accept the head coaching job at Rutgers after serving as the head coach at Fordham for sixteen seasons during which the Rams secured a total of 127 wins and earned a berth in the NCAA Tournament three out of the past five years.

Opportunities for Improvement – Greater productivity and consistency on the offensive side of the ball. The Rams were shutout in four of their five losses last year.

Coach's Recruiting Class Comment – Carlo Acquista stated, "We are excited to announce our inaugural recruiting class for the 2019 roster. Each player will bring their own unique profile to the squad. One key element to this team will be more competition for each position. One expectation is to build on Fordham's continued and recent success."

Summary – Fordham had high expectations heading into the 2018 season based on their run to the Elite Eight in the 2017 NCAA Tournament and 14-6-3 overall record. However the encore that was hoped for in 2018 didn't materialize. Fordham was unable to rekindle the unique grit that made the 2017 team so special. As a result the Rams are coming off a good but not great 2018 season during which they were 8-5-4 overall record and 4-3-1 mark in conference play.

Replacing the playmaking abiltiy of Janos Loebe who provided a third of Fordham's goals and half of their assists last year could be a season-long problem. But if a couple playmakers emerge to become a force on the offensive side of the ball, look out for Fordham.  Junior Sameer Fathazada (5g, 2a) and senior Johannes Pieles (2g, 4a) who were starters last year look to be among the returning players who Acquista will count on to help fill the void. Both are very capable and experienced finishers who could prove to be just what the doctor ordered. Graduate transfers Filippo Ricupati and Tomer Zloczower are also good candidates to add punch to the offense. Both have the potential to hit the ground running.

The midfield looks to be somewhat of a question mark with a lot of competition likely for playing time which is often the case when there is a coaching transition. Junior Andron Kagramanyan (0g, 1a) returns with two-years of starting experinece in the defensive midfielder role under his belt to add stability and skill in the center of the park. Senior Bart Dziedzic (1g, 1a) who has appeared in fifty-two contests over the past three seasons, junior Luke McNamara who appeared in fifteen games last year, sophomores Jack Murphy and Paul Makaj (0g, 1a) and senior Nicholas Meyer are among other returning midfielders.  Sophomore Kristian Shkreli is among the members of the recruiting class who will likely compete for minutes in the midfield.

Senior Joergen Oland (5g, 0a), the 2018 Atlantic 10 Defensive Player of the Year, who has been a starter for the past three seasons returns to anchor the backline. Oland is a tough defender and solid all-around player who does not take any plays off. Oland will be joined in the back by rock solid sophomore center back Sindri Ingimarsson who now has the advantage of a year of starting experience. Sophomore Jack Sluys (2g, 2a) who also gained valuable experience last year figures to be in the mix in the back or the midfield. Junior Jacob Bohm who was a starter in 2017 but saw limited playing time last year due to injury is among other returning backs who should be in the hunt for a starting role in 2019.

The departure of Rashid Nuhu in goal creates the most challenging and critical void to fill.  Sophomores James Ford and Nathan Heintz, graduate student transfer Konstantin Weis and freshman Aaron Stafford are among the netminders who will seek to pick up the slack that exists in goal now that Nuhu is no longer in the fold.

Fordham has the athleticsm and therefore the potential to be on the short list of Atlantic 10 frontrunners but whether or not the Rams can hit their stride in 2019 and contend for the conference title and a berth in the NCAA Tournament will depend on the ability of the new and the old to come together quickly.

Filippo Ricupati – Forward – Milan, Italy – Regina Mundi – Graduate student transfer from St. John's where he appeared in fifty games with sixteen starts. Sat out the 2018 season due to injury. Had thirteen career goals and three career assists at St. John's. Played club for the Lombardia Juniores.