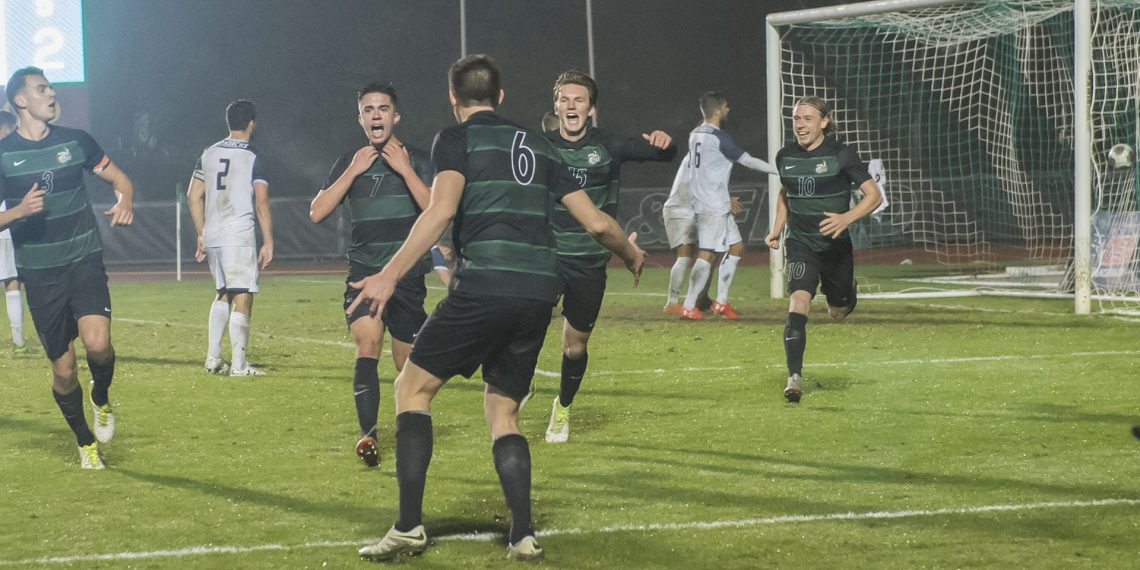 Charlotte did a good job of bringing on board a recruiting class that includes top talent from within the State of North Carolina along with several talented out-of-state players. The continuity that will exist due to the solid contingent of returning players has the potential to pay dividends in 2019. The 49ers appear to have the talent and the depth for another double digit plus season and a berth in the NCAA Tournament. Charlotte's 2019 schedule is also favorable in that difficult league contests with Kentucky and Old Dominion will take place at TransAmerica Field.

Departues and Gaps – Charlotte will be without four seniors from the 2018 team. Departures due to graduation include 2018 All-American and CUSA Defender of the Year Callum Montgomery (3g, 4a) who was a four-year starter, midfielder Tommy Madden (4g, 5a) who was a 2018 All-CUSA First Team selection and four-year starter, and forwards Daniel Bruce (6g, 3a) who wa a 2018 All-CUSA Second Team selection and three-year starter and Dean Rutherford (1g, 1a) who appeared in fifty contests during his tenure at Charlotte.

Coach's Recruiting Class Comment – Kevin Langan stated, "These players have all had wonderful youth careers and we anticipate that they will come in and compete for playing time immediately. The challenge for them now is to embrace the 'Charlotte Way' in terms of our playing style on the field and our accepted behaviors off it."

Summary – The graduation of forward Daniel Bruce and midfielder Tommy Madden creates a void on the offensive side of the ball that must be addressed. Sophomore Preston Popp (5g, 1a) and redshirt sophomore Maclean Holbrook (3g, 3a) are among returning forwards who Langan will likely look to for offensive punch up-top in 2019.

Senior center midfielder Teddy Chaouche (1g, 10a), a 2018 All-Conference USA Second Team selection, looks to be the catalyst and pace setter in the center of the park. Juniors Joe Brito (3g, 6a) and John Ranshaw (2g, 2a) are among other returning midfieders who should pay key roles in 2019. Redshirt sophomore Hunter Omli (0g, 1a) who appeared in twelve contests last year also looks to be in the mix in the midfield.

Despite the departure of Callum Montgomery, the backline looks to be a team strength in 2019. Redshirt sophomore Delasi Batse (0g, 3a), redshirt junior Patrick Hogan (5g, 0a), junior Luke Johnson (1g, 2a), senior Noah Seach (0g, 2a) and sophomore Ethan Sawdon (1g, 2a) return to give the 49ers a very solid and deep group of defenders. Redshirt senior Elliot Panicco, a three-year starter and 2018 All-CUSA First Team selection, returns in goal to be the centerpiece of what looks to again be a very tenacious Charlotte defense.

Charlotte has been a standard for consistency and stability during the seven seasons that Kevin Langan has been the 49er head coach. During the past seven seasons they are 86-34-20 overall, have earned a berth in the NCAA Tournament six times, and been seeded in the NCAA Tournaent three times. However, the 49ers have not advanced past the second round of the NCAA Tournament since they played their way into the College Cup back in 2011. The big question is, what is this team's ceiling? All five of Charlotte's losses last year were close contests with a one goal margin. Can Charlotte win the close contests in 2019 against top level teams that can go either way that they need to win to claim the CUSA title and make a deep run in the NCAA Tournament?  The answer to that question will likely depend in large part upon the ability of several of the returning players who were supporting cast last year to break into more prominent roles. If that occurs and the 49ers put all the pieces of the puzzle together just right, the potential exists for the 2019 season to be a very memorable one.