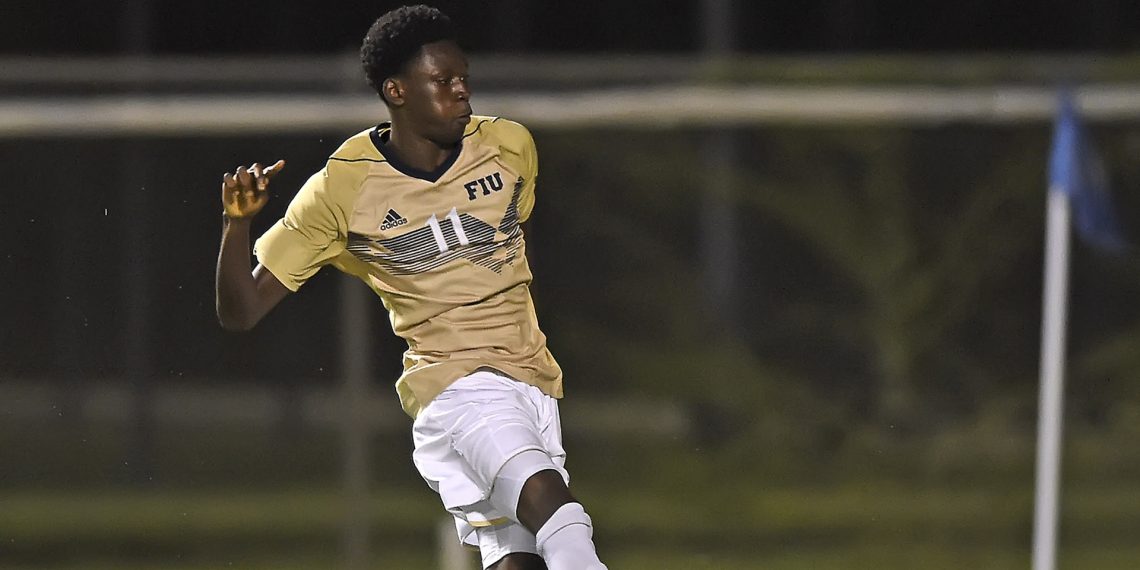 Afrifa came up big for FIU scoring twice to play a key role in the Panther’s 2-1 on the road win over North Carolina. FIU head coach Kyle Russell pretty much summed things up when he stated, “Stephen showed up in a big way tonight. He can score on anyone in the country.” Russell also added, “This was a complete team win that the boys dug deep to earn.”

Afrifa scoreed FIU’s first goal in the win over the Tar Heels after making a run that put him in place to convert a well played cross from senior midfielder Yushi Nagao. Afrifa also scored from inside the box after making a nice move with his back to the goal to create the space he needed to drive a shot into the upper right corner of the net. Afrifa’s second goal was set up by a cross from sophomore forward Bernando Dos Santos Monteiro.

FIU improves to 2-1-0 after securing a 1-0 win earlier in the week over St. John’s. The Panthers return to Miami where they will host in-state foe North Florida on Tuesday.