Denver Enters The 2022 Season With A Talented, Deep And Experienced Roster. 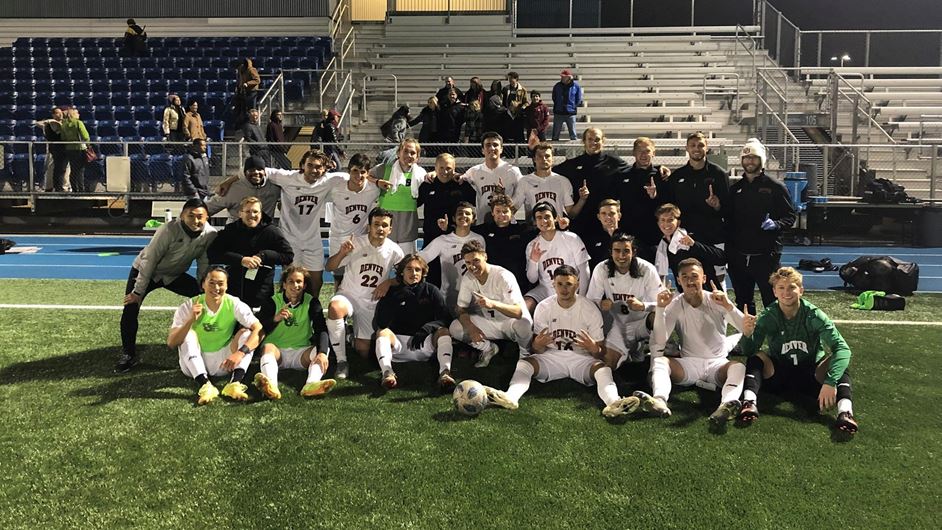 The Pioneers Return Ten Starters From The 2021 Team That Won The Summit League Regular SEason And Tournament Titles And Advanced To The Second Round Of The NCAA Tournament.

Midfielder Destin Norman who was a 2021 All-Summit League selection and four-year starter with three career goals and six career assists.

Last year Denver scored a total of 20 goals while allowing 15. Their play on the defensive side of the ball was good enough to keep them in every game they played. With the exception of a season opening 3-0 loss to Oregon State and a late season 2-0 loss to Omaha the Pioneers didn’t allow an opponent to score more than a single goal posting seven shutouts and holding ten opponents to a single goal. The biggest opportunity for improvement in 2022 looks to be the ability to create and finish opportunities in the attacking third.

Jamie Franks stated, “I’m really excited about the recruiting class. The class is built on their character skills and who they are as people. I’m impressed with their level of focus and their level of intrinsic motivation to get better. Throughout the recruiting process, it was evident that these guys had growth and an accountability and discipline to getting better.” Franks added, “They all play different roles and add different skill sets. We’ll ask each of them to bring their best every day.”

Denver was at their best when they were able to apply pressure and create turnovers that enabled them to quickly transition from defense to offense. Chances are pretty good that will again be the case in 2022. It was offense by committee for the Pioneers last year with ten different players contributing a goal and no really dominant goal scorer. Things could change but it is unlikely that a go-to goal scorer in the mold of Andre Shinyashiki (2015-2018) will emerge so look for a balanced but not necessarily explosive attack again in 2022.

Seniors defensive midfielder Aidan O’Toole (1g, 1a), a 2021 All-Summit League First Team and three-year starter, Eli Mereness (0g, 1a) and Griffin Meyer (0g, 1a), juniors Ben Smith (1g, 1a) and Lucas Fisher (4g, 2a), who was Denver’s top goal scorer last year, and sophomore Sam Bassett are among an experienced and deep group of returning midfielders.

Defense looks to again be a team strength in 2022 with everyone back. The Pioneers ranked 9th in the country last year with a 0.736 goals against average.

Graduate Student captain and center back Liam Johnson, the 2021 Summit League Defensive Player of the Year and an impact player since arriving on campus as a freshman, returns to anchor what should be a very capable, polished and tough back line. Johnson will be joined by sophomore center back Trevor Wright (2g, 0a), a 2021 All-Newcomer Team selection who now has the advantage of a season of starting experience under his belt and outside backs Graduate Student Jake Mecham (1g, 1a), a two-year starter and junior Ronan Wynne (1g, 0a), a 2021 All-Summit League Second Team member and two-year starter and Graduate Student Lucas Russo who saw action in 15 matches with 5 starts last year. Sophomores A.J. Francois (1g, 0a) who played in 16 contests last year and Jason Belloli who appeared in ten are among other returning defenders who should factor into the rotation in 2022.

Graduate Student Will Desantis, the starter in goal in 2021 after transferring in from Westminster College returns to anchor the backline. Redshirt freshman Gabe Schwartz and freshman Isaac Nehme are among other goalkeepers.

There are areas where improvement is needed but there is a lot to like about Denver heading into the 2022 season. The Pioneers have been the model of success in the Summit League since joining the conference in 2013. During that nine year span they have won the regular season title eight times and the conference tournament seven times.

Experience will not be a problem at Denver heading into the 2022 season with a roster that includes five Graduate Students and five seniors. The Pioneers will again be the team to beat in the Summit League with ten starters including three 2021 Summit League First Team selections (Liam Johnson, Stefan DeLeone, Aidan O’Tooke) and two Second Team members (Kengo Ohira, Ronan Wynne) slated to return from the 2021 team that was 10-4-5 overall, won both the regular season and tournament titles, and advanced to the second round of the NCAA Tournament before falling 1-0 on the road in overtime to eventual national champion Clemson.

Defense again looks to be Denver’s calling card in 2022. They will have a capable but maybe not high powered attack in 2022. Accordingly the Pioneers margin of error will likely be small. Denver looks to be a team that will be very difficult to chase from a goal down but likely not a team that will fare as well in a high scoring run and gun contest.

The coaching staff at Denver annually does a good job of making adjustments in the style of play that will give the Pioneers the best opportunity to prevail. The result last year was a team that didn’t shy away from the challenges they faced, gained confidence as the season progressed, and did a good job of finding a way to prevail in the close contests. Expect that to again be the case in 2022. In addition, Denver’s dance card always opens with a very competitive and challenging slate of non-conference opponents in order to prepare the Pioneers for the rigors down the homestretch.

Denver should win a lot of games in 2022. However their ceiling may hinge on the ability of Deleone and Ohia among others to provide the big play ability that the offense will need at times to prevail against the very best opponents.

Bryce Willoughby – Forward – Houston, Texas – James Madison High School – Played for Houston Dynamo Academy where he was the U-15 Played of the Year.