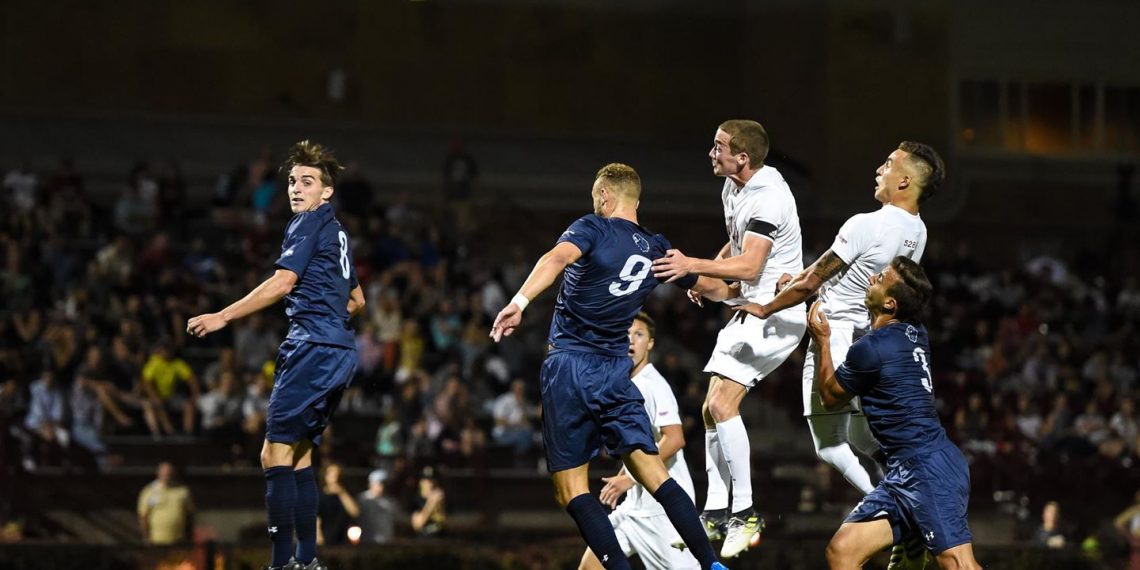 Denver has added a recruiting class that includes several high profile transfers with the potential to make an immediate impact. The Pioneers will be a dangerous opponent but they face a steep challenge in 2019 with several key voids to fill on both sides of the ball and a brutal schedule that begins with six very difficult contests on the road.

Departures and Gaps – Denver will be without a talented eight member 2018 senior class that was fourth in the country in wins over the past four seasons. Senior departures from the 2018 team include forwards Andre Shinyashiki (28g, 4a) and Eric Kronenberg (1g, 0a), midfielders Moshe Perez (3g, 6a) and Kenny Akamatsu (4g, 8a),  defenders centerback Scott Devoss (1g, 0a) and Tosh Samkenge (0g, 2a) and goalkeeper Nick Gardner.  Shinyashiki was a 2018 United Soccer Coaches and College Soccer News All-American, the Summit League Offensive Player of the Year and a four-year starter. Devoss was the 2018 Summit League Defender of the Year and a four-year starter. Perez and Akamatsu were 2018 Summit League Second Team selections. The Pioneers will also be without outside back Jared Jungiohann (0g, 2a) and back Gideon Davis (0g, 2a).

Opportunities for Improvement –  Denver's brutal schedule is a two edged sword. While it provides the opportunity for the Pioneers to make a statement on the national scene, it also presents a steep challenge with little margin for error as Denver goes through the process of gelling as a team. Denver's level of development on both sides of the ball during the first six contests of the year could impact the entire season.

Summary – Jamie Franks has a 61-12-10 overall record during the four-years that he has been the head coach at Denver. The four-time Summit League Coach of the Year will enter the 2019 season with another very talented roster. Nonetheless, a degree of uncertainty exists due to the voids that must be filled and the fact that the Pioneers open the season with a brutal schedule that includes games on the road against Washington, Seattle, Indiana, Notre Dame, Stanford and California. Denver has shown the ability to adapt to talented departures in the past but replacing players like Andre Shinyashiki who had fifty-one career goals and centerback Scott DeVoss among others while playing an extremely difficult non-conference schedule is going to be a challenge. The Pioneers will improve as the season progresses but whether or not they can reload and re-establish their identify quickly with a schedule that is heavily frontloaded remains to be seen. But hey, this is a Denver program that has a solid foundation in place, knows how to win, and is well coached so there's always reason for optimism.

It will likely be offense by committee at Denver in 2019. The Pioneers will likely have to lean heavily on transfers Preston Judd from California Baptist, Danny Barlow from ETSU, and Josh Drack from Grand Canyon to add punch to the attack up-top. Their productivity and ability to successfully fit into the Pioneers' system of play will likely have a big impact on Denver's success in the early going. Redshirt sophomore Brooks Crawford (1g, 0a) who saw action in sixteen contests last year with one start is among returning forwards who will seek to play a greater role in 2019.

Holding midfielder Jacob Stensson (0g, 8a) who was a 2018 Summit League First Team selection, and junior defensive midfielder Destan Norman (0g, 3a) return to set the pace in the middle of the park in 2019. Sophomore midfielders Stefan DeLeone (3g, 3a) and Liam Johnson (0g, 3a) return with the advantage of a year of starting experience under their belts. Junior Dylan Keeney (0g, 1a) and redshirt sophomore Alex Kaddah are among onther returning linkmen who will be in the mix.

Denver will be a very competitive team and will again be the frontrunner in the Summit League. Although their non-conference schedule provides the opportunity to make a statement on the national scene, Denver's season could ultimately be determined by their ability to successfully navigate their way through Summit League play. A lot of things are going to have to fall into place quickly, given the degree of difficulty of the schedule, in order for Denver to secure the total number of wins in 2019 that they have had in past seasons.  It should be an interesting season for the Pioneers. .

Christoffer Netskar – Forward – Oppegarrd, Norway – Roald Amundsen VGS – Played club for Kolotn IL where he scored thirty goals for the U-19 and A-Team from 2016-2019.