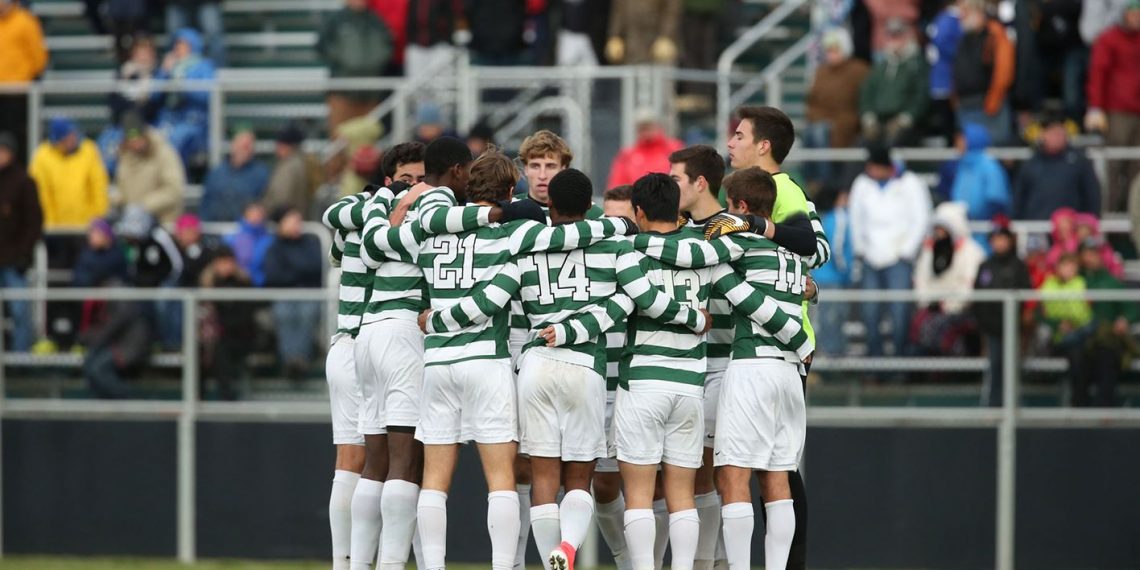 Dartmouth will seek to regain the edge that enabled them to secure the Ivy League title from 2014 to 2017 and four consecutive berths in the NCAA Tournament.  Several of the newcomers look to be capable of providing a boost on the offensive side of the ball.

Departures and Gaps –  Dartmouth will enter the 2019 season without ten seniors from the 2018 team. Departures include forwards Eddie Ikoba (5g, 1a) who was a 2018 First Team All-Ivy League section, Yima Asom (1g, 3a) and Max Heffron, midfielders Justin Donawa (2g, 1a) and Noah Paravicini (0g, 3a) who were four-year starters, and back Jonny Nierenberg (0g, 1a) who was a 2018 All-Ivy League First Team honoree.

Opportunities for Improvement – The development of additional playmakers on the offensive side of the ball. The ability to close out games.

Coach's Recruiting Class Comment – Bo Oshoniyi stated, "I am really excited about our class of 2023. These eight young men are not only talented, but they will be a great representation of Dartmouth men's soccer in the classroom and in the community. I personally would like to acknowledge the work of assistant coaches Chad Duernberger and Stewart Flaherty, who worked tirelessly putting this unique class together. I am extremely fortunate to have them be a part of our staff. They are the best in the country at what they do and we look forward to many exciting years ahead for Dartmouth men's soccer."

Summary – Dartmouth was 7-5-5 last year with a 4-1-2 mark in Ivy League play.  Four ot their five losses came against non-conference opponents during their first six contests of the year. Their fifth and biggest impact loss of the 2018 season was a 1-0 defeat in overtime against Columbia that cost them a fifth consecutive Ivy League title and berth in the NCAA Tournament. Dartmouth's margin for error was razor thin last year as reflected in the fact that ten of their seventeen contests went into overtime. The Big Green was hampered last year by injuries to forward Eduvie Ikoba and midfielder Justin Donawa that limited each to a total of six contests. Had Ikoba and Donawa been healthy Dartmough might have had the extra firepower that they needed to prevail in several of the contests that they tied. Both were four-year starters and impact players. Despite playing in only six games Ikoba led Dartmouth in scoring with five goals including two game winners. Donawa also contributed two game winners during limited time on the pitch. Both have graduated which means that Dartmouth once again faces the challenge of replacing the playmaking ability that they brought to the pitch.

Junior Tiger Graham (4g, 0a) who appeared in fifteen contests last year with seven starts looks to be the among the most likely candidates to add punch to Dartmouth's attack up-top in 2019. Junior midfielder Dawson McCartney, who was a 2018 All-Ivy League Second Team selection and a starter for the past two seasons, could develop into a go-to goal scorer in the middle of the park.  Most likely it will be offense by committee at Dartmouth in 2019 without a single dominent goal sorer.

Seniors Jesse Scanlon (0g, 1a) who played in fourteen contests in 2018 and Will Chisholm who appeared in seven contests are among others who could be in the mix up-top. The midfield has the potential to be a team strength in 2019 with seniors Braden Salvati (2g, 0a) and Zach Kalk and junior Kota Sakurai (1g, 2a) returning along with McCartney.  Garrett Socas out of the Bethesda Academy is among the newcomers who will likely challenge for minutes in the midfield.

Chances are pretty good that the Ivy League race in 2019 will come down to the final week of the season. Dartmouth has definite gaps that must be addressed but they appear to have the pieces on board to contend for the Ivy League title in 2019.  It is also a plus that Bo Oshoniyi now has a year at the helm of the program under his belt.

The Big Green's season will ultimately be defined by how well they perform in Ivy League play.  Nonetheless early season contests against Wake Forest in Winston-Salem and at home against Michigan State will provide the opportuity for recognition on the national scene and give Oshoniyi a good indication of just how competitive his team will be. Dartmouth's ceiling in 2019 will be determined by improvement in their ability to close out games which will hinge on whether or not they have the little something extra needed on both sides of the ball that was lacking last year.  The development of a playmaker or two among returning players, perhaps Graham and McCartney, and the ability of a few of the newcomers to contribute could be the differnece between a good and a really good season at Dartmouth in 2019.