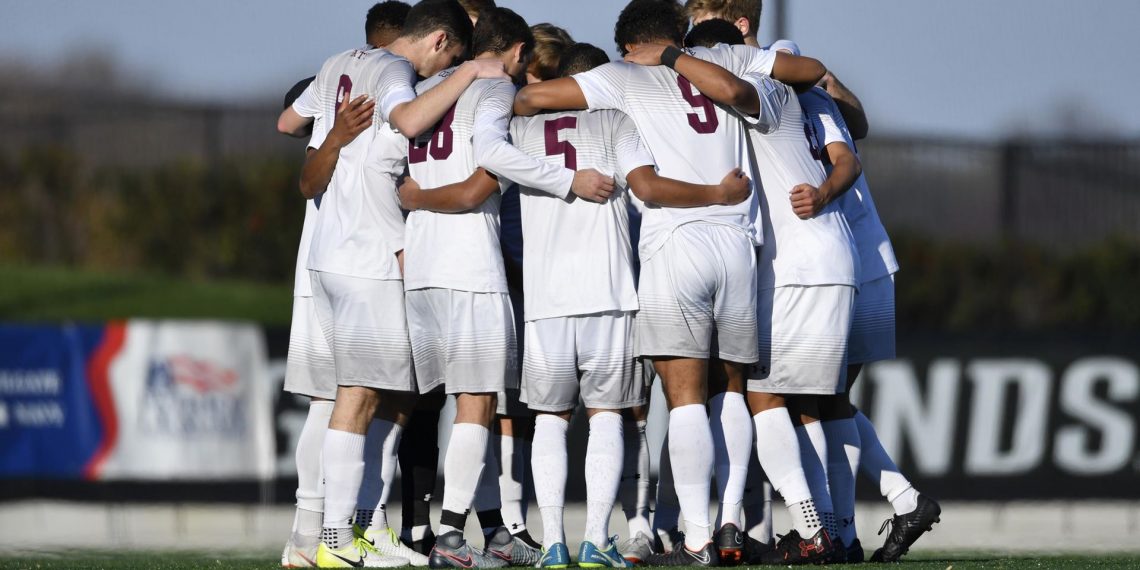 There's a lot of optimism at Colgate heading into the 2019 season. A solid group of players return supplemented by a promising twelve member recruiting class for a program that has secured the Patriot League Title and punched their ticket to the NCAA Tournament for the past three seasons.

Departures and Gaps – Twelve newcomers come on board and twelve depart due to graduation.  Key departures due to graduation include defenders Aram Ouligian (2g, 0a) and Ryan Bellavance (2g, 0a), midfielders Oliver Harris (5g, 4a) and Tim Oberg (1g, 1a) and forwards Freddy Jonsson (2g, 3a), Steven Deleo (4g, 1a) and Uyi Omorogbe (1g, 1a).

Coach's Recruiting Class Comment – Erik Ronning stated, "I am proud to welcome this fantastic group of scholar-athletes to the Colgate Soccer Family."  He added, "This is a balanced , deep, and talented class that possesses all the qualities necessary to compete at the highest level of college soccer, while succeeding in the classrom.  Many will be called upon to make immediate contributions, and all with enhance our championship culture."

Summary – Erik Ronning's to-do list includes three items. One, replinish the offensive firepower provided by 2018 All-Patriot League First Team selection Oliver Harris (5g, 4a) and his fellow seniors who were responsible for twenty of the twenty-seven goals Colgate scored last year. Two, fill the void that exists on the defensive side of the ball due to the graduation of 2018 Patriot League Defensive Player of the Year and four-year starter Aram Ouligian. Three, successfully merge a large group of newcomers in with the returning players.

Colgate may experience a brief learning curve in the early going as several of the returning players settle into more prominent roles and the newcomers get acclimated to the college game, but you can bet the farm that things will very quickly fall into place.  It is not just their talent that has made Colgate successful. Under Ronning, Colgate has consistenly been better than the sum of it individual parts. Team chemistry, a solid work ethic, depth, and a balanced team effort without reliance on any one player will again be team strengths at Colgate heading into the 2019 campaign.

Ouligian will not be easy to replace. Nonetheless, the backline looks to be strong anchored by 2018 All-Patriot League First Team selection senior Christian Clarke (0g, 2a) who has been a starter for the past two seasons.  Outside backs sophomores Baraka Kiingi (1g, 1a) and Will Stroud return with the advantage of a year of starting experience under their belts. Sophomores John Gerard who had a productive spring season and Dominic Galietta are among other returning players who could be in the mix at center back. Chris Noriega and John Muckstadt are among the members of the recruiting class who could be in the hunt for minutes in the back. Senior Jacob Harris, a 2018 Third Team All-Patriot League selection who recorded a Patriot League best nine shutouts last year with a .70 goals against average, returns between the pipes to give the Raiders a very talented and composed presece in goal.

Center midfielders junior Chris Depetro (0g, 1a) and sophomore Kian Alberto (1g, 5a) will set the pace for the Raiders. Both are creative box-to-box midfielders with good touch on the ball and vision.  Senior Kentaro Morrison (2g, 2a) who has multiple years of stating experience will add an additional dimension to the attack out wide. Freshmen Corey Finchum, Will Guckien, Bobby Foose and Antonio Ducrot are among the newcomers who should add depth in the midfield.

Sophomores Edward Bass (1g, 0a) and Ryan Krueger (2g, 1a) and senior Lucas Lezcano (0g, 1a) are among returning players who will seek to play a greater role up-top in 2019.  Freshman Drew Fischer and Max Edelstein are goal scorers with the potential to add firepower to the attack up-top before their tenure at Colgate is over.

There will again be a great deal of parity in the ten team Patriot League in 2019. The conference race will be a grind with no easy games. The competiton for the six slots in the league tournament will be fierce and all of the six of the teams in the field will be capable of winning the tournament. Colgate is a team that knows how to get it done when it counts the most.  A Four-Peat is not out of the question.