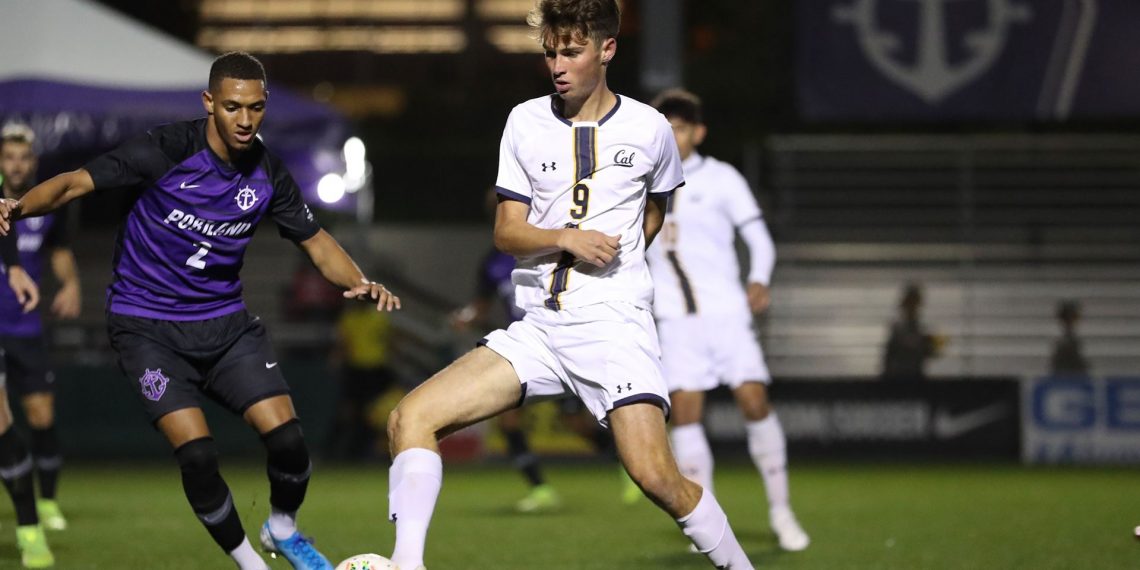 California retuns a solid contingent of players from a roller coaster 2019 season during which gutsy wins on the road over Washington and Stanford during the last week of the regular season gave the Golden Bears the edge they needed to secure an at large berth in the NCAA Tournament.

Opportunities for Improvement – Greater consistency. The Golden Bears lost several contests by a single goal. If they are able to finish a higher percentage of their scoring opportunities in 2020 they will win some of the contests that eluded them last year. California was 1-3-1 at home in Pac-12 play and 3-1-1 while on the road. In order to improve they must find a way to hold serve against Pac-12 opponnents when playing at home.

Coach's Recruiting Class Comment – Kevin Grimes stated, "This is a great group of five players that we have added to our program. Each one of them highlights specific needs to our team and should help us in a big way to reach our goals. We couldn't be happier with their decision to sign with Cal.

Summary – Both back Simon Lekressner and goalkeeper Drake Callendar will be missed but with so many skilled players returning with an additional year of experience under their belts it stands to reason that the Golden Bears will be a stonger and more consistent team in 2020 than they were last year.  Still, with teams facing a new normal in 2020, it is diffiuclt to predict how the experience the Cal players gained last year will translte in terms of wins and losses and standing within the Pac-12 hierarchy in 2020. The Pac-12 announced on July 31 that college soccer competition in the conference in 2020 will begin no earlier than the weekend of September 26 and will consist of a conference only schedule.

What we do know is that Kevin Grimes, who will enter his twenty-first season as the head coach at California as the program's winningest coach with a 204-135-45 overall record, will have a good amount of experienced talent to work with and also some work to do to improve the consistency of play of the Golden Bears. California's lack of consistency and predictability last year, with the exception of two 3-3 ties with UCLA, was reflected in the fact that whenever they played a team twice the outcome of the first and second contests were different.

One of the first challenges facing the Golden Bears heading into the 2020 season will be settling on a replacement for Drake Callendar in goal. The candidates include sophomore Collin Travasos out of the Atlanta United Academy and San Diego Surf Club whose resume includes playing time with the U-18 Men's National Team, redshirt junior Chris Gustini, and freshman Matthew Westly.

The backline should be solid and organized with three starters slated to return, yet depth could be an issue. Junior center backs JJ Foe Nuphaus, a 2019 All-Pac-12 Second Team selection, and junior Ian Lonergan, a two-year starter, and senior left back Christopher Grey, a three-year starter. will anchor what should be a very talented and experienced backline. Sophomores Tate Dolan and Togo Nakamura are among other returning defenders who will seek to play a greater role in 2020.

California looks to be solidly intact up-top and in the midfield heading into the 2020 season. Senior forward Tommy Williamson (9g, 0a), a 2019 All-Pac-12 selection and Cal's go-to guy last year, will seek to build on a breakthrough 2019 campaign in which he went from zero goals in 2018 to a team leading nine goals in 2019, Junior playmaker Jonathan Estrada (5g, 7a) and redshirt junior Alonzo Del Munda (2g, 9a) who has two years of starting experience also return up top to add punch to the offense. Sophomore Arman Samimi (1g, 1a) and senior Dylan Penn are among other returning forwards who will challenge for minutes. Freshman forward Nate Carrasco is among the members of the recruiting class with the potential to make an immediate contribution.

Junior Taylor Davila (0g, 1a), a two-year starter and 2019 All-Pac 12 and All-Far West Region First Team member, returns to set the pace and add stability in the Golden Bear midfield. Senior speedster Francisco Perez (2g, 6a), a starter for three seasons, and redshirt junior Lucas Churchill (0g, 1a) who came off the bench in fourteen of the fifteen contests in which he appeared last year also figure to play key roles in the midfield in 2020. Redshirt junior Kaleo Fernandez, redshirt sophomore Christian Gomez (1g, 2a), and sophomores Fahmi Ibrahim (1g, 0a), Jack Singer, and Juan Martinez are among other returning linkmen who will be in the mix for a greater role in 2020.

California will not be the frontrunner to win the 2020 Pac-12 Conference title. You have to go back to 2010 to find a season in which the Golden Bears finished in the number one spot in the Pac-12. Regardless, don't sleep on California in 2020. The Golden Bears have enough talent and experience to be very good. Whether or not they have what it takes in 2020 to consistently play with the mojo and focus that the 2019 team displayed when they upset Washington and Stanford on the road during the final week of regular season remains to be seen. It should be interesting.