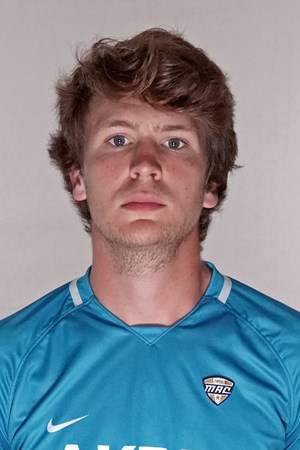 Big time players make big time plays in big games which is exactly what Will Meyer did during the week when he had two stellar contests in goal for Akron. He had six saves including several very difficult stops to help the Zips top a very explosive Pittsburgh team 2-1. The win over the Panthers was the highest-ranked team that Akron had defeated at home at FirstEnergy Stadium since the Zips topped Creighton in the Elite Eight of the 2015 NCAA Tournament.

Meyer followed that contest with another six save evening that included several clutch stops in Akron’s subsequent 1-1 tie with nationally ranked Indiana. It was a good week of play for the Zips who are off to a very promising 4-0-1 record.

Meyer and his Akron teammates will return to the pitch on Wednesday when they travel to tangle with Ohio State out of the Big Ten.