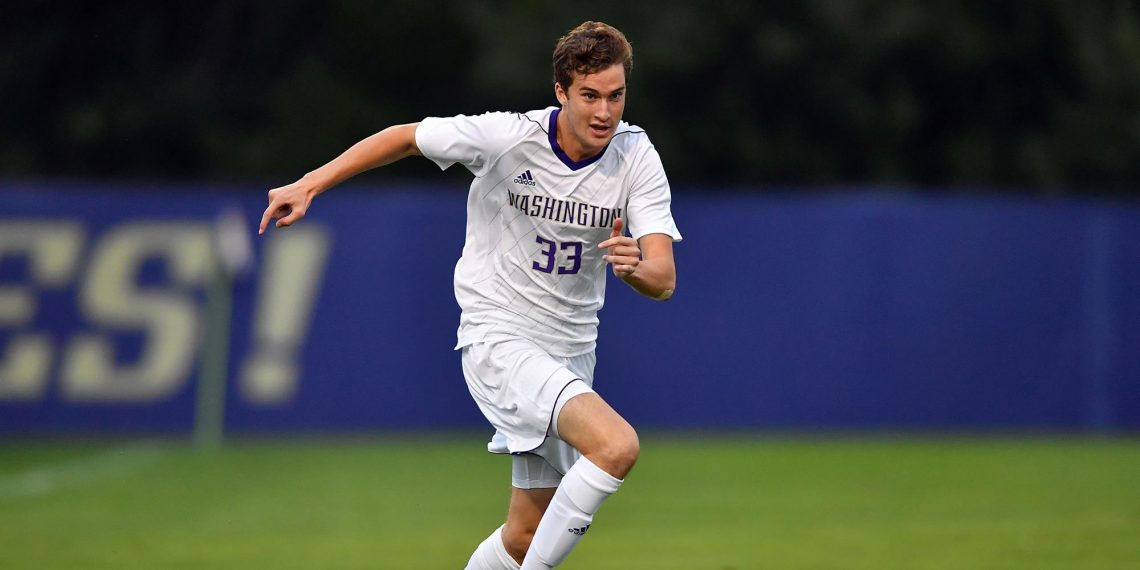 Meek and his Washington teammates had a very productive week of soccer securing a 3-0 win over Stanford and a 1-0 win over California in Pac-12 play. Meek scored twice in the second half of play in the win over the Cardinal with Nick Scardina and Omar Grey assisting on his first goal and Kalani Kossa-Rienzi and Nate Jones provided the double helper on the second. Meek also contributed the assist on senior forward Gio Miglietti’s game-winning goal in the victory over California.

Meek has a total of nine goals and seven assists on the season.

Washington is 11-0-1 with a perfect 4-0-0 mark to date in conference play. During their 12 contests they have scored a total of 32 goals and allowed only 5.

The Huskies return to the pitch on Friday when they host Gonzaga out of the West Coast Conference.