Vanderbilt faces Arkansas in the Sec Women’s championship contest. will vanderbilts magical ride continue? A comparison of the two teams and the factors that will impact the outcome. 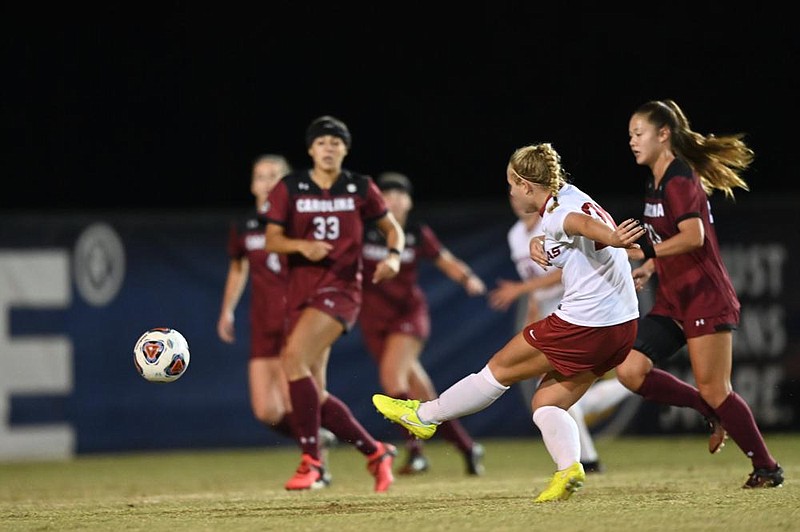 a red hot vanderbilt team eliminated #2 seed tennessee and #3 seed Texas a and M. Can they top #1 seed arkansas or will the clock strike twelve for the commodores when they tangle with #1 seed arkansas on sunday in the sec championship contest in orange beach, alabama.

Summary – Vanderbilt will seek to record a trifecta in terms of knocking off the top three seeds when they face number one seed Arkansas on Sunday in the SEC Title match.

The Commodores defeated number two seed Tennessee in the quarterfinals and three seed Texas A & M in the semifinals. A Vanderbilt attack that came into the SEC Tournament having produced a total of eleven goals in eight contests has found the back of the net a total of eleven times during their three tournament wins while allowing a total of only three goals.

A Vanderbilt – Arkansas matchup in the championship didn’t appear likely based on the body of work of both teams during regular season play.

Arkansas has played well all season doing a very good job of finding a way to win. The only blemish on their record is a 2-1 loss to South Carolina back on October 16. However, they avenged that loss by defeating the Gamecocks 2-1 in the semifinals of the SEC Tournament.

While they have prevailed the Razorbacks have at times allowed opponents to get back into contests in the second half after building a lead. Whether that was due to a loss of focus, tired legs, or something else it is something that might be a factor in the championship game particularly if the contest remains close. On the other hand, the fact that the championship match will be Vanderbilt’s fourth game in an eight day span may have an adverse impact on their stamina as the contest progresses particularly if they fall behind and have to chase the game.

The bottom line is that putting together two complete halves of play in the championship game without a letdown is a critical success factor for both Arkansas and Vanderbilt.

Vanderbilt has had a roller coaster season but they are currently playing their best soccer of the year. After going 4-4-0 during regular season play everything seems to have fallen into place for the Commodores. Vanderbilt’s 4-4-0 record during regular season play is a little misleading due to the fact that three of their four losses were in overtime. The Commodores were a big play away from a win in each of their losses.

The championship contest is intriguing because the potential exists for either team to come out strong and take a commanding lead in the early going but the potential also exists for a close back and forth contests with ebbs and flows. The uncertainty is among the reasons why this shapes up to be a fitting championship contest for what has been an unprecedented fall season. It should be a dandy.

The contest will televised at 2 p.m. on the SEC Network. Arkansas remains the favorite but it would be foolish to discount a Vanderbilt team that has been outstanding in their three tournament wins and has clearly peaked at the right time.