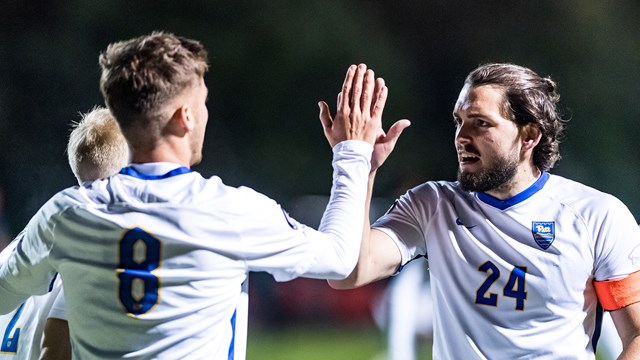 The ACC championship is on the line when Clemson and Pittsburgh face each other on Sunday, November 22 at WakeMed Soccer Park in Cary, North Carolina.  Clemson has appeared in the championship match nine times while this will be Pitt’s first appearance on the biggest stage in ACC play.

Both teams have explosive multi-dimensional attacks with the ability to score in multiples when they get into a rhythm.  This should produce an interesting and up-tempo contest from the get-go.

Look for both teams to apply pressure and seek to get the ball to the feet of their playmakers in the attacking third. Both teams have individuals with the quickness and touch on the ball to be very difficult to defend in one-on-one situations.

Solid marking and support, the avoidance of turnovers at any place on the pitch that create the opportunity for a quick counter into open space, and limiting the opportunities for restarts in the attacking third are keys on the defensive side of the ball.

The margin for error on the defensive side of the ball in the ACC is always slim which means that putting in a full shift is a critical success factor. Neither team wants to have to chase the contest but it is highly likely that there will be ebbs and flows and highly unlikely that this one will be decided by a single goal.

Both coaches will have their teams prepared and keenly aware of the explosive nature of their opponents but don’t expect either to make any major strategic changes in how they approach the contest.

The battle for possession in the middle third will be fierce and although both have high performance offenses it will be the play on the defensive side of the ball that will be the deciding factor.

Senior Justin Malou, juniors Charlie Asensio (0g, 1a) and John Martin, sophomore Oskar Agren and freshman Ben Erkens who earned his first career start in the semifinal contest with Virginia are among those who will play key roles in the back for Clemson.

Clemson forward Kimarni Smith (8g, 3a) and junior forward Grayson Barber (2g, 6a) have been the mainstays in the Tiger attack. Smith is as good as anyone in the country with the ball to his feet in the attacking third. He put on an offensive clinic in Clemson’s 4-1 win over Virginia Tech in the quarterfinals and was also a force in the 2-1 semifinal win over Virginia. Barber (2g, 6a) is a playmaker on the offensive side of the ball for Clemson with the speed and touch on the ball to create the space needed to make good things happen. Junior Luis Felipe Fernandez-Salvador (2g, 2a) is among others who add an additional element in the attack in the midfield.

The Pitt attack is powered in large part by midfielders Valentin Noel (7g, 2a) and Veljiko Petkovic (5g, 3a). Both have the skill and the mentality needed to take charge of a contest. Noel scored and contributed an assist in Pitt’s 2-1 quarterfinal win over Duke.  Petkovic scored twice and Noel once in Pitt’s 3-1 win over Notre Dame.

It will take a total team effort to win this one. Smith and Barber and Noel and Petkovic will no doubt play a key role on the offensive side of the ball for their respective teams but both these teams are loaded with talent. So, don’t be surprised if someone else comes through in the clutch to provide their team with the big play or edge that they need to prevail. Clemson sophomores forwards James Brighton and  Mohamed Seye and midfielder Philip Mayaka and Pittsburgh forwards freshman Bertin Jacquesson (2g, 5a) and senior Alexander Dexter (2g, 3a) are among the likely candidates to do that.

It has been a unique fall season with challenges never before encountered but both of these teams have kept their eyes on the prize. Fasten your seat belts for what should be a very good and attack oriented college soccer contest.