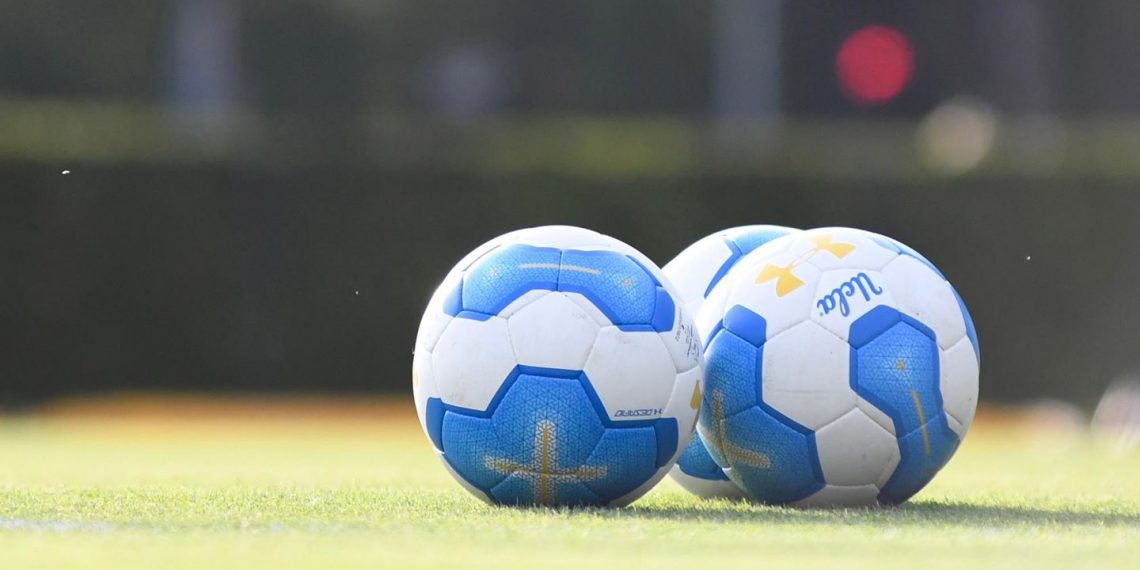 Cary, North Carolina – UCLA and North Carolina faced each other with the 2022 National Championship on the line on a clear and crisp evening at WakeMed Soccer Park before a packed crowd and a national tv audience. An electric atmosphere existed worthy of a contest of this magnitude between two of college soccer’s most storied programs.

North Carolina came out on the front foot from the get-go and for the first eighty minutes of the 90 minutes of regulation did a good job of checking off all the boxes in terms of executing their game plan.

The Tar Heels got the best of possession on the offensive side of the ball.

The pressure they applied hampered UCLA’s ability to put together the combinations that they needed in order to settle into a rhythm on the offensive side of the ball.

The Tar Heels effectively utilized a 3-5-2 system of play to get the best of play down the flanks with Avery Patterson and Emily Moxley creating havoc.

North Carolina’s back three of Tori Hansen, Julia Dorsey and Emerson Elgin remained organized and limited the ability of UCLA’s 4-3-3 formation with Reilyn Turner and Lexi Wright among others up top to gain a numbers advantage that they could exploit.

The Tar Heels were also able to make substitutions without any noticeable drop off in play in order to help keep fresh legs on the field. Last but not least Tar Heel freshman netminder Emmie Allen was having a rock-solid performance in goal.

But when it was all said and done after 110 minutes of play it was UCLA that prevailed in the one measure that counts.

North Carolina got the best of possession in the first stanza but if there was any cause for concern among the Tar Heel faithful it was that their possession advantage during the first half had not translated into a goal advantage. The teams went into intermission with the score 0-0 and the outcome very much up in the air.

The Tar Heels were able to gain the upper hand and convert their possession advantage into an advantage on the scoreboard in the 59th minute of play when a turnover resulted in a quick counter down the right flank and nice cross from Emily Moxley that Avery Patterson headed into the left side of the goal from the inside the center of the box.

Patterson made it 2-0 UNC in the 75th minute when she floated a header into the bottom right corner of the net that was set up by a nice move and cross from holding midfielder Emily Colton.

The Tar Heels had the momentum at that point. They were in the driver’s seat and looked to be headed toward the programs 22nd national championship but as the old saying goes “it is not over till it’s over” and a 2-0 lead is often referred to as the most precarious lead in soccer.

Momentum is a fickle thing and can shift drastically.

When the Tar Heels went up 2-0 it was the point in the game where UCLA had to push numbers forward and apply pressure. The key for the Tar Heels was to play through the pressure, maintain possession through crisp one and two touch passes and movement off the ball into open space.

The effort was there for North Carolina but instead of putting the game away they appeared to lose the composure that had served them so well up to that point which made them vulnerable to a Bruin team that never stopped believing.

All games have a clearly identifiable tipping point in which the momentum of a game shifts. It is the point in the game where someone comes through in the clutch with a big play. In this game it came during the 80th minute of the contest out of a free kick put in play by Bruin defender Jayden Perry that was initially headed out of the box but controlled by Bruin midfielder Sunshine Fontes. Fontes’s subsequent shot was blocked but the rebound was driven into the back of the net by forward Lexi Wright to make the score 2-1 and give UCLA new life.

The Bruins never let up and continued to push as a team. It paid off for them when with only 16 seconds remaining forward Reilyn Turner drove a header into the net out of a corner kick put in play by freshman midfielder Ally Lemos to knot the score at 2-2 and send the contest into overtime.

The first ten-minute overtime period was scoreless but it was clear that UCLA now had the momentum and that they were not likely to relinquish it. Maricarmen Reyes scored what proved to be the game-winning goal for the Bruins when she sent the rebound of Ally Cook’s shot into the net from a very difficult angle in the 107th minute of play to complete an improbable and gutsy comeback.

It was an exhilarating once in a lifetime type come from behind win for the Bruins under first year head Margueritte Aozasa on the biggest stage in college soccer and a heartbreaking loss for a North Carolina team under veteran coach Anson Dorrance that despite the disappointment of the loss had an outstanding season.