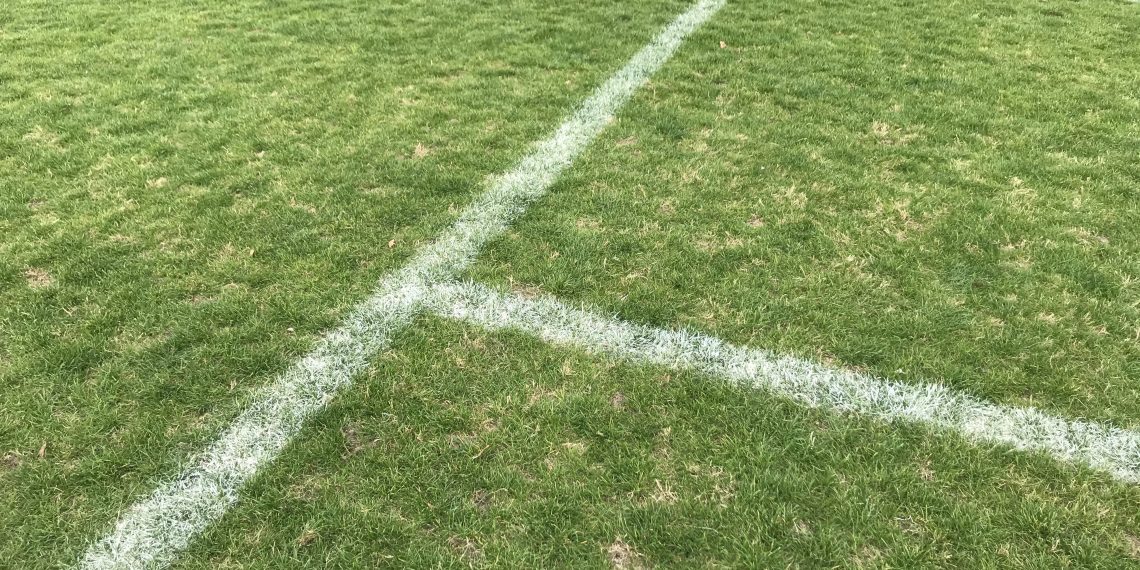 It is hard to declare any program a true favorite in this college cup which is fitting for for A season and Ncaa Tournament during which unpredictability has been the norm. As As A result this college cup has the potential to be as exciting and as good as it gets.

This is a talented Pitt team. No doubt about that but the factor that distinguishes this team from prior teams under Jay Vidovich at Pitt is that they are much less likely to get caught up in the moment and veer away from the game plan and style of play that gives the best opportunity to prevail. That’s not to say that this team doesn’t have the gusto, fire in the belly and creativeness they need to prevail because they do. However they also seem to have the confidence in their collective ability as a team to continue to play to their strengths and stay on task.

Vidovich will have his team prepared so much depends on how well they execute their game plan and stay focused for a full 90 minutes or more. Pitt came from behind to top Kentucky in Lexington in the Sweet Sixteen and showed the patience and persistence needed to top a packed in Portland team 1-0 in overtime in a contest in which they had a 32 to 8 advantage in shots.

Pitt faces an Indiana team out of the Big Ten that will place a premium on getting numbers behind the ball on defense but unlike Portland they will also be aggressive on the offensive side of the ball. Pitt will attack. That is part of their DNA but they will have to do so with a level of discipline and coordinated approach that will not give an opportunistic Indiana squad space they can exploit.

There is a lot to like about this Pitt team but four losses and five ties on the season indicate that the Panthers have to bring their A game on both sides of the ball to come out on top in a close contest.

Midfielders Bertin Jacquesson (8g, 5a) and Josh Luchini (3g, 4a) will attack at speed down the flanks to open the field of play and send balls into the attacking third to Noel Valentin (11g, 3a) and Rodrigo Almeida (0g, 3a).

Mateo Mallefaud and Lucas Rosa will also seek to push forward on the outside to give the Panthers a numbers advantage that they can exploit. Midfielders junior Filip Mirkovic (3g, 12a) and Graduate Student Jackson Walti (2g, 0a) are both prime timers who will set the pace in the center of the park for Pitt. Center backs freshman Jackson Gilman and graduate student Yanis Leerman and goalkeeper Joe van der Sar will be at the heart of the Panthers defense.

Chances are pretty good that the big play ability and French connection of Noel Valentin and Bertin Jacquesson will factor into the outcome. The Panthers will seek to press the attack but will need to do so while staying in shape defensively to contain any quick counters.

Pitt is an experienced team with a lot of players who have won a lot of games over the years and Pitt head coach Jay Vidovich is no stranger to the College Cup. Will Pitt be able to dictate the pace and make it more of a pro style game with rhythm?

The Good: The Hoosiers have not allowed a goal in their three NCAA Tournament wins over Saint Louis 1-0, Marshall 1-0 and UNCG 2-0. They have been porous at times during the season on the defensive side of the ball but Todd Yeagley appears to have IU settled into a balance that maximizes their ability to succeed and advance in the NCAA Tournament. The confidence they are playing with is a plus.

Ryan Wittenbrink (9g, 9a) has been the Hoosiers most productive player on offense. He has been a difference maker as reflected in his five game-winners to date. However one of the strengths of this team is the fact that they have several players with big play ability. The Hoosier backline consisting of center backs Daniel Munie and Joey Maher and outside backs Nyk Sessock and Brett Bebej also looks to have jelled and along with junior netminder JT Harms are playing their best soccer of the year at the right time.

The Bad: The Hoosiers have a small margin for error as reflected in their three 1-0 wins in the NCAA Tournament and six ties during the season. The potential exists for Pitt to present Indiana with the same type of matchup problems they faced when defeated 3-0 in Bloomington by Kentucky.

The Bottom Line: Indiana has played a very challenging slate of opponents and is used to playing in big games. Players come to IU with the expectation of playing for and winning a national championship and head coach Todd Yeagley is very familiar with appearing on the biggest stage in college soccer.

Ryan Wittenbrink is IU’s go-to guy but Samuel Sarver, Maoloune Goumballe, Herbert Endeley, Tommy Mihalic and Karsen Henderlong are also very capable finishers. Much will hinge on the ability of midfielders Jack Wagoner and Patrick McDonald to hold their own in the middle third against a very good contingent of athletic Pitt midfielders.

Outside backs Nyk Sessock (0g, 7a) and jack of all trades Brett Bebej (3g, 1a) are capable of pushing forward and adding another dimension to the attack. Look for Indiana’s play out of set pieces to have an impact on the outcome. Indiana has had an up and down season but a Hoosier run to the College Cup is never a jaw-dropping how did you get there kind of story. Indiana is the only team in the Final Four that hasn’t given up a goal in the entire tournament and they are playing strong when it matters the most. Look for Indiana to be dangerous on the counter and a challenge for Pitt out of set pieces.

The Good: The Bluejays are back in the College Cup for the first time since 2012. If you follow college soccer at all you already know that Creighton has been the road warriors of the NCAA Tournament. It is hard to do any analysis of the Bluejays without pointing out the run that they have made down the home stretch of the season.

So what happened to create such a drastic turnaround? The lineup has pretty much remained the same with the only changes being the addition of defenders Jake Ashford and Luke Mitchell and midfielder Alejandro Maillet to a starting role.

The answer at least in part is that the difference between a win and a loss is often slight. Creighton has remained a cohesive team and the effort has been there throughout the year. Creighton played well earlier in the season but the level of their play didn’t fully translate into results until the Big East Tournament where things fell into place which gave them the edge they needed from a results standpoint to take their game to a higher level. The question now is whether they can carry that momentum through the College Cup.

The Bad: Up until the Big East Tournament a case could be made that Creighton tended to not play to their potential in the really big contests. The Bluejays have shown a lot of grit and composure with come from behind wins in the NCAA Tournament over Missouri State, Washington and Tulsa. This Bluejay team is for real and will not enter their match with Syracuse starry eyed or content with having reached the College Cup.

Johnny Torres will have his team prepared but there is much more on the line in this one than in any of their prior matches and certainly no one is going to look past them. Accordingly the potential exists for Creighton’s magical and improbable Cinderella story to come to an end.

The Bottom Line: After the wins they have had recently, Creighton won’t likely be intimated by anyone. This is a team with plenty of goal scorers including forward Duncan McGuire (22g, 4a) who is the nation’s top goal scorer. Midfielders Jackson Castro (10g, 8a), Giorgio Probo (5g, 14a), and Owen O’Malley (8g, 6a) also add a ton of punch to a Bluejay attack that is among the most proficient in the country. Their collective playmaking ability make Creighton a tough team to contain.

This one could hinge on Creighton’s ability to unlock a very tough Syracuse backline. Much will depend on which team is able to set the tempo of the contest, who is able to settle into a rhythm, and who is able to put together a full 90 minutes of play on the defensive side of the ball.

Will Creighton settle in and continue to do the things that have worked so well for them down the homestretch?

Syracuse is a very determined, disciplined, and well coached team.

The Orange backline is one of the most athletic and deep in college soccer. Backs Christian Curti, Abdi Salim, Olu Oyegunie, Noah Singelman, and Buster Sjoberg and goalkeeper Russell Shealy have held opponents to a total of only 14 goals. Shealy has the best goals against average of any of the netminders in the College Cup.

Syracuse’s ability to contain a potent Creighton attack and the ability of forwards Levonte Johnson (10g, 6a) and Nathan Opoku (9g, 6a) to create goal scoring opportunities are among the critical success factors for the Orange.

A Syracuse midfield that includes Amferny Sinclair (0g, 2a), Curt Calov (4g, 2a), Jeorgion Kocevski (5g, 3a) and Giona Leibold (5g, 2a) will have to match the pace and physicality of a solid contingent of Creighton midfielders. The battle of the middle should be fierce. Both teams have midfielders with playmaking ability. This one will likely be an up and down game with momentum shifts.

Syracuse has done an excellent job of finding a way to win the close games against an extremely competitive slate of opponents but the margin in many of their games has been a single goal. The Orange have a low margin for error and could be in trouble if they have to chase Creighton from behind.

Syracuse plays a very disciplined defensive system. They also keep opposing defenders honest with the pressure that an attack powered up top by the dynamic duo of Levonte Johnson and Nathan Opoku among others is able to bring. While no program is a clear favorite, the ACC Tournament Champions see the national title within their grasp.

Syracuse has been the most consistent team in the country. They know what they have to do to win and are solid everywhere with no apparent weaknesses in the starting eleven. They are extremely organized with great spacing everywhere on the field. Syracuse has been playing with the intensity of a team that has something to prove which is a good thing.

The Syracuse and Creighton matchup looks to be a very interesting contest. Both teams will seek to push the tempo and maintain possession in the attacking third to take advantage of the talent they have up top.