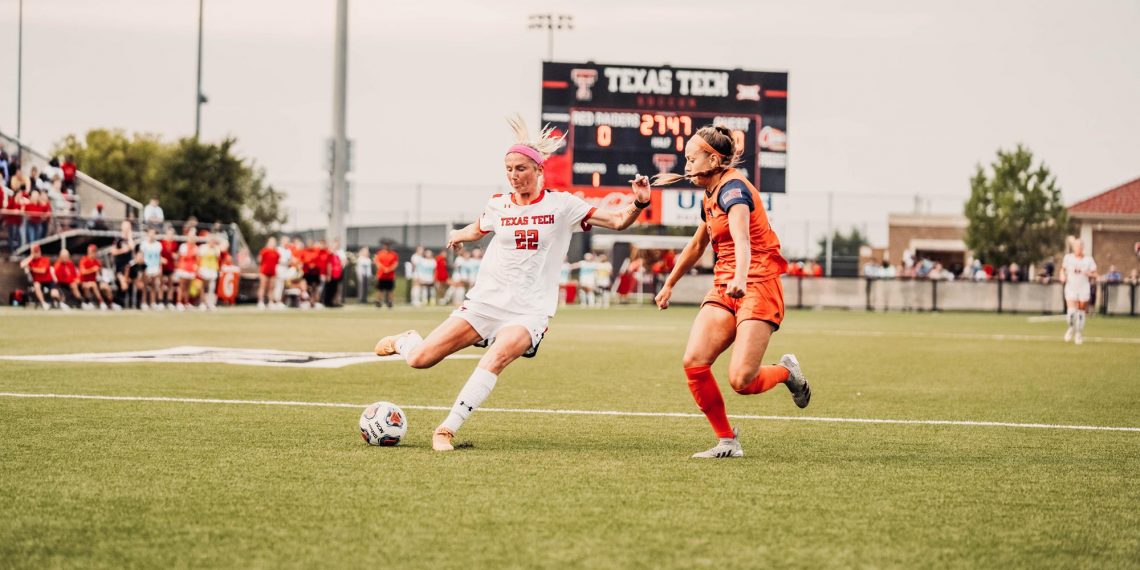 Davis put on an offensive workshop with a dazzling display of speed and touch on the ball during which she seemed unstoppable. Davis scored three picture perfect goals within the first half of play in Texas Tech’s Big-12 Conference win over Oklahoma. She followed that performance up with a key role in Texas Tech’s 2-0 win over Big 12 foe Kansas State. In the win over the Wildcats she scored and assisted on the goal scored by freshman forward Ashleigh Williams.

The Red Raiders improve to 9-1-1 overall with a 2-0-0 mark in Big 12 play. Davis and her Red Raider teammates have a difficult Big 12 contest coming up on Thursday when they travel to Waco, Texas to face a Baylor team that is coming off a big 2-1 upset of nationally ranked TCU.