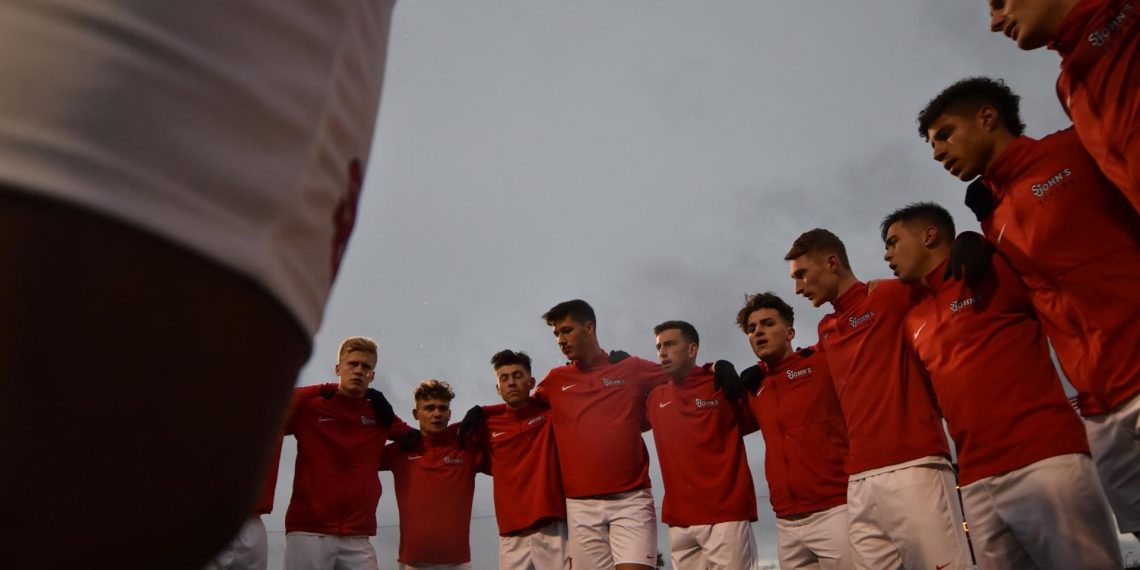 dave masur’s side are ready to spring more surprises as they embark on another big east title run on the back of a hugely successful 2019 season.

The Johnnies 2019 season came to an abrupt end at number one Virginia in the NCAA tournament round of 16. With the success from 2019 and an All-American talent in the ranks, 2020 seemed to be the year they made a run in the Big East and NCAA tournament. Of course that was before COVID-19 halted the fall 2020 season. However, that has not taken away from the teams ambitions. They will enter the spring season as a highly motivated, talented, and hungry team.

Although the fall season was postponed the team continued to train with COVID-19 restrictions in place, culminating in an inter squad scrimmage. To say St. Johns is a strong contender in the spring is an understatement. The pressures and expectations are not new to Dr. Dave Masur and his program, in fact the NCAA national championship winning coach welcomes it.

If Dr. Masur’s players play to their potential and build on the success they had in 2019, a deep run in the NCAA tournament and perhaps even a Big East Championship in route are not out of the question. Though that is a big ask, there will not be a more prepared team than the Johnnies, with a reputation of being among the finest teams in men’s college soccer.

A few solid performers have departed since their 2019 NCAA tournament exit, prominent among them is midfielder Skage Simonsen who played 20 games for the Red Storm, though replacements of some promise were secured by Dr. Masur ahead of the 2020 season. The Johnnies ambitions will rely on the team’s maturity, the return of Pre-Season All-American and reigning Big East Offensive Player of the Year forward Tani Oluwaseyi (11g, 5a) and redshirt senior midfielder Matt Forester who has been a starter for the past three seasons.

With the return of Connecticut and the conference boasting the National Champion Georgetown Hoyas, the Big East Conference will be again be extremely competitive with little margin for error. One thing is for sure – the Red Storm will be up to the challenge.

St. John’s will open the spring season on Saturday, February 13 when they host the Saint Joseph’s Hawks out of the Atlantic 10 Conference.