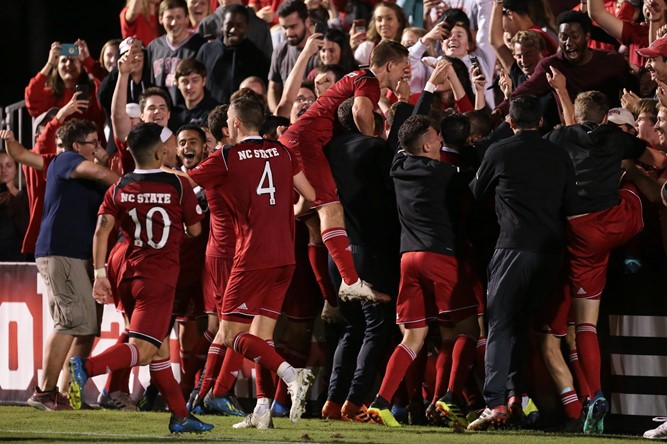 George Kiefer's third recruiting class at N.C. State adds depth and helps address the voids that must be filled due to departures.  The class includes two transfers who should challenge for a starting role and four true freshmen with impressive resumes that include high level competitive experience. Additional signings are anticipated later in the year.

Departures and Gaps – The Wolfpack lose seven seniors including starting defenders Simon Blotko and Christoph Schneuwly.  Blotko was a three-year starter and team captain.  Schneuwly was a two-year starter who transferred in after two seasons at Tyler Junior College.  The Pack will also be without the services of stellar midfielder Manny Perez (1g, 5a) who elected to enter the professional ranks after his sophomore season.  The experience that Blotko and Schneuwly brought to the backline will be missed.  Perez. the 2017 ACC Freshman of the Year,  was an impact player and playmaker who will not be easy to replace.

Opportunities for Improvement – N.C. State allowed a total of twenty-four goals last year with three goals in losses on the road to Wake Forest, Pitt, UNCW, and Clemson.  The Wolfpack was 2-7-0 overall when playing away from home and 0-4-0 on the road in conference play. Improvement on the road is needed in order to move upward in the higly competiive Atlantic Coast Conference.

Coach's Recruiting Class Comment – Kiefer stated, "We are finally at a point in recruiting where we can be really specific from a standpoint of what the team needs, and I'm excited with how each of these players fits in."

Summary – The overall trend line is clearly upward at N.C. State. The Pack qualified for the NCAA Tournament in 2017 and 2018 to earn a berth in consecutive seasons for the first time since 1992. They recorded a ten win season in 2018 for the first time since 2012 and secured the program's first win in the NCAA Tournament since the 1994 season.  This is the third year in a row that Kiefer has added a highly regarded recruiting class which bodes well for the continued success of the program.  Kiefer's  initial recruiting class (2017) now has the advantage of two years of playing together which is a plus in terms of the experience and toughness needed to win on the road in the ACC.