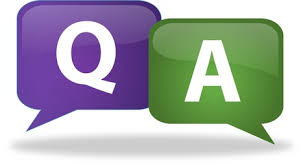 Question and Answer Time.  Things you might want to know if you are new to College Soccer.  It is still early in the 2015 season and there are a lot of games yet to be played but you may find the following information regarding the Men's NCAA Tournament to be of interest and value.

What is the NCAA Men's Division I Tournament?

A forty-eight team single-elimination tournament that determines the National Champion.

Who won the Men's Division I NCAA Tournament in 2014?

Virginia. The Cavaliers topped UCLA in the national championship game in a contest that was decided by a penalty kick shootout.

What are the key dates for the 2015 Men's Division I NCAA Tournament?

The tournament field, the seeds, and the brackets will be announced on November 16 at 1 p.m.

The second round will be on November 22

The College Cup (Final Four) will be played on December 11 and 13 at Sporting Park in Kansas City, Kansas

Where will the 2015 Men's Division I Tournament Be Played

All rounds of the tournament, except the College Cup (Final Four),will be conducted on the campus of one of the participating schools.  The College Cup will be played at Sporting Park, Kansas City, Kansas.

How many teams earn a spot in the Men's NCAA Tournament?

How do individual conference's determine who receives their automatic berth?

Do all teams in each conference earn a spot in their conference tournament?

What criteria is used to select the at-large berths?

What is the Rating Percentage Index (RPI) and how is it calculated?

The NCAA will begin publishing the RPI's of all Division I schools in October and updates it to reflect the results of games played through the end of the season.

Are teams seeded in the NCAA Tournament?

Teams are divided into four geographical regions with twelve teams in each region. Sixteen seeds are awarded with four seeded teams in each of the four regions. The remaining thirty-two teams are paired according to geographical proximity with each other.  The sixteen seeds receive a first round bye and have the advantage of playing at home.  Games are normally played at the location of the higher seed as the tournament progresses.   With the exception of the Final Four (College Cup) which is played at a single location, the top seeded team in each region has the potential to play all of their games at home.

What is the College Cup?

What impact do the polls issued by various publications or organizations have on who gets into the NCAA Tournament?

None of the polls have an impact on the teams selected.

Bracketology is a term used for projecting the teams, the seeds, and the composition of the brackets that will comprise the forty-eight team NCAA Tournament Field using the same criteria that the NCAA Tournament selection committee will utilize.  Projections of the field are always impacted by the fact that there are upsets in the conference tournaments resulting in teams unexpectedly winning their conference's automatic berth.

Yes, approximately five weeks before the end of the regular season, College Soccer New's experienced bracketologist begins issuing projections utilizing the same criteria that the selection committee will use to project the forty eight team NCAA Tournament field.  The bracketologist's projections provide insight regarding the impact of the RPI on the tournament selections.

Who will win the 2015 National Championship?