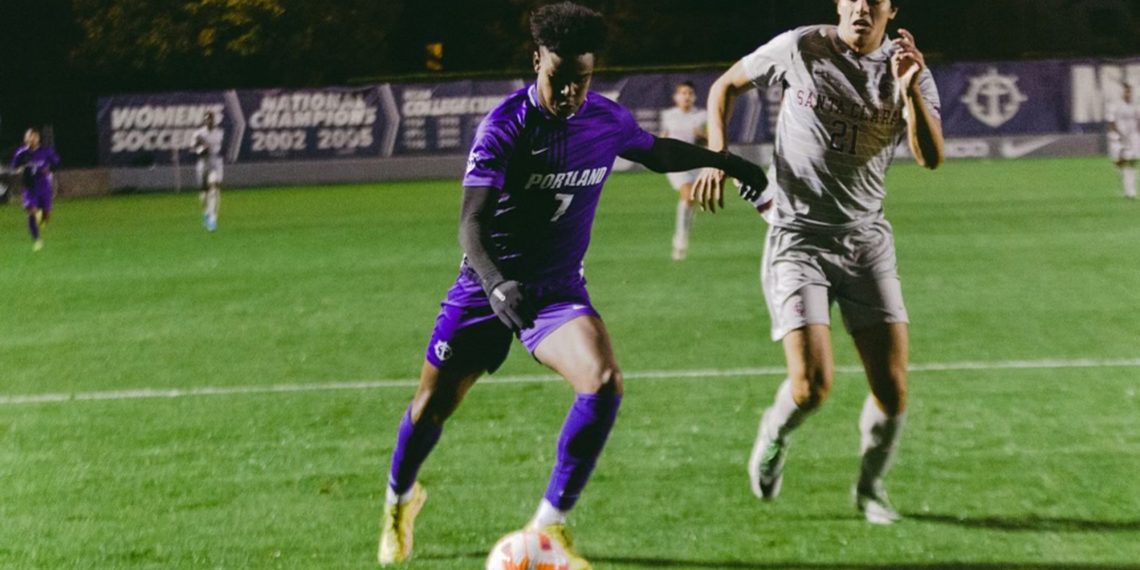 Cambridge has the ability to take over a contest. He scored three times in the second half of play to jump start a potent Portland attack that dominated Santa Clara 4-0 in a West Coast Conference contest. Cambridge has been a catalyst on the offensive side of the ball for the Pilots with 11 goals including four game-winners and six assists on the season.

Portland improves to 11-2-3 overall with a 5-1-0 mark in conference play. Their 11 wins through 16 games are the most for the Pilots since 2018. The Pilots will close out regular season play with a WCC matchup on Saturday in Stockton against Pacific.

Posted in Player Of The Week
Tagged Brandon Cambridge soccer