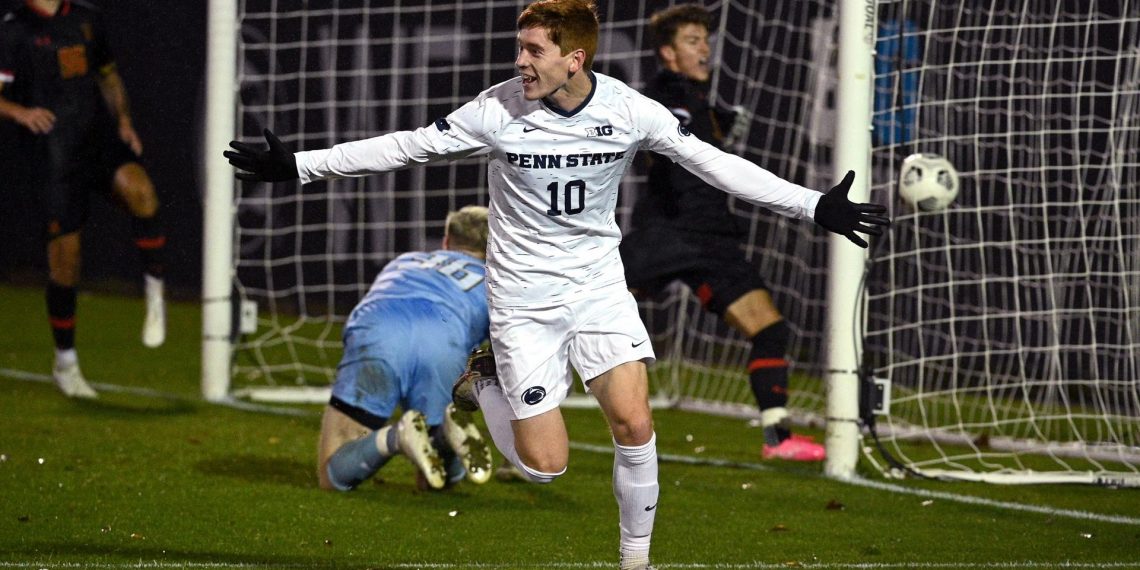 Kuhn had a banner week of play for the Nittany Lions. He contributed the goal that knotted the score at 2-2 in Penn State’s contest with Maryland. Teammate Andrew Privett added the golden goal in overtime to give a determined Penn State team a 3-2 come from two goals down win over the Terps in a key Big Ten matchup.

Kuhn followed that up with a two goal effort in Penn State’s subsequent 2-0 win over Wisconsin. In that match he drove a left-footer into the net from the top of the box and lofted an amazing bending ball from the touchline that found is way into the far left corner of the goal.

Kuhn has three goals and seven assists on the season. The Nittany Lions under Jeff Cook improve to 10-6-1 with a 6-2-0 mark in Big Ten play. Penn State secures the Big Ten regular season title for the first time since 2013.

The Nittany Lions will face Michigan State on Sunday in the quarterfinals of the Big Ten Tournament.