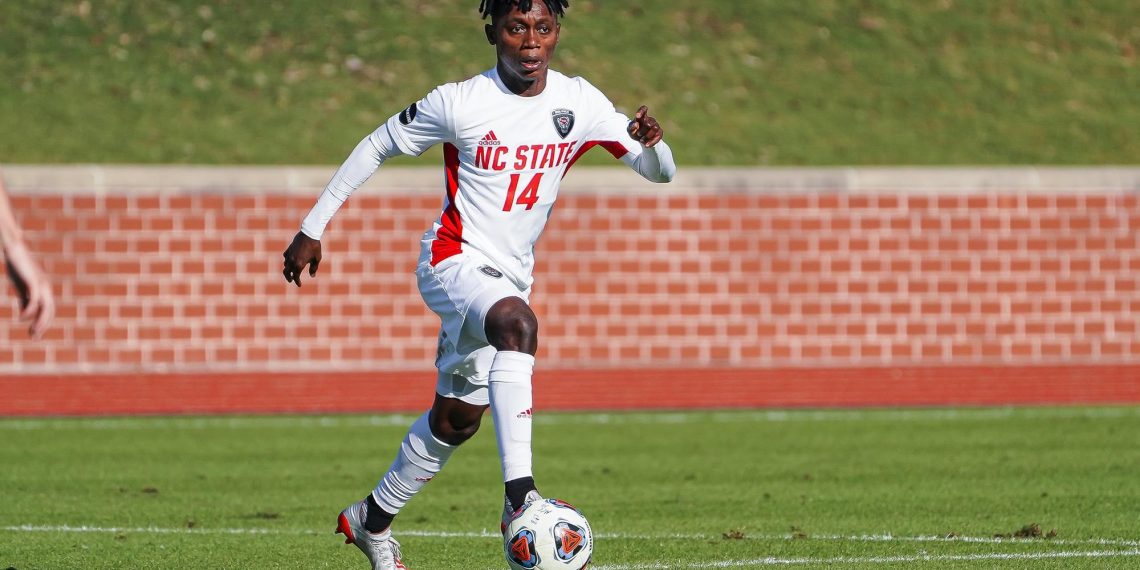 College soccer is reeling from the effects of the covid-19 pandemic with powerhouse soccer conferences including the Big East, Big Ten and PAC 12 opting to postpone soccer for the fall season. The Atlantic Coast Conference on the other hand will be playing a modified season and NC State midfield talisman George Asomani will be looking to make the most of it.

The Ghanaian is entering his senior year at NC State, having started 18 games for the wolfpack in 2019 as a junior. Nicknamed “Maestro” for his ability to control a game from midfield, Asomani will be raring to go, when the season resumes. Prior to NC state, Asomani played two seasons at Monroe College where he was an NJCAA First Team All-American in 2018.

Asomani cemented his reputation in college soccer in 2019 as one of college soccer’s most exciting midfield players with some exceptional displays for NC State. Asomani is something of a throwback, as he’s a player at the core of the wolfpack who can do a bit of everything. Indeed, he plays with a spark in the middle of the park, with the ability to cut off passing lanes and hound opponents in possession. It’s on the ball, as a playmaker where he’s most effective, the Ghanaian possesses an excellent passing range, a turn of pace and feet that allow him to slalom past opponents.

Asomani has room to improve but is already one of the top players in the ACC and in college soccer as evidenced in his recent selection to the ACC men’s soccer pre-season watchlist for 2020. With the ACC college soccer regular season fast approaching, the young Ghanian has one thing on his mind and that is to show his full ability at the college level and continue to work towards his dream of playing professional soccer.

Like so many who reach the top of their profession, it’s been a difficult route to get to where he is today, from the streets of Accra to Dail soccer stadium. The sky’s the limit for the young Ghanian who will be fully focused on the task at hand when the Wolfpack travel to Durham to kickoff their regular season against a difficult opponent in Duke on Saturday September 26.