College Soccer. Opportunity will Knock for These Difference Makers and Impact Players 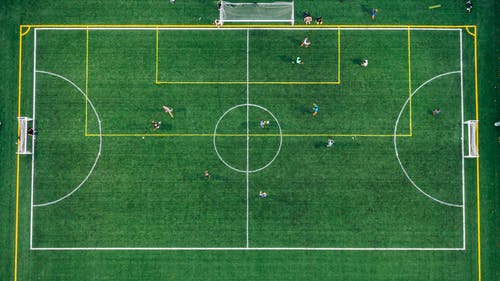 College Soccer News takes a look at some of the players from coast to coast who will play a key role in the level of success their teams will have in the fall or spring and explains why they are important ingredients.

Grayson Barber– Junior – Midfielder – Clemson – The Tigers have to address the productivity that they will be without due to the departure of Hermann Trophy winner Robbie Robinson (18g, 9a). Don’t overlook the significance of the contribution that Barber has in Clemson’s high-octane Tiger offense. He is a game-changing player. Last year he scored ten goals and led Clemson in game-winners with four. He also contributed nine assists. Barber adds balance and explosiveness to what should again be a potent and multi-dimensional Tiger attack in 2020.

Paul Bin – Redshirt Senior – Forward – Maryland – The Terps are very tough to top when they are able to apply pressure, create turnovers, and quickly press the attack.  Bin is back after missing the 2019 season due to an ACL injury. He played a key role in Maryland’s run to the national championship in 2018. Bin is an exciting playmaker with the speed and quickness to stir up opposing defenders and enhance the effectiveness of the Terp’s pressure-oriented style of play.

Aris Briggs – Senior – Forward – Georgia State – Briggs is a prime timer who has been a difference maker on the offensive side of the ball for Georgia State.  He will be heavily marked and perhaps double-teamed at times in 2020. Briggs’ ability to continue to come up with the big plays while being a heavily marked man will have a huge impact of the level of productivity that the Panthers have in 2020.

Nathan Crofts – Senior – Forward – Virginia – Crofts (6g, 3a) is a three-year starter and playmaker who the Cavaliers will depend on to play a key role in filling the void that exists on the offensive side of the ball due to the departure of forwards Daryl Dike (10g, 8a) and Daniel Steedman (3g, 7a) and midfielder Joe Bell (7g, 4a). Crofts is primed and prepared for a productive 2020 season.

Jack Doran – Graduate Student – Midfielder – Duke – Doran, a team captain, missed the 2019 season due to injury. He was a starter as an outside midfielder for the Blue Devils in 2017 and 2018. Doran along with veteran goalkeeper Will Pulisic and defender Matthias Frick will bring sturdy play, experience, and leadership to a Duke squad that returns five starters from the 2019 season and will likely lean heavily on a highly regarded eleven-member recruiting class.

Emil Elveroth – Senior – Forward – Louisville – Elveroth had two very productive seasons at UNCW before transferring to Louisville last year. He started seventeen games for the Cardinals in 2019 and contributed three goals. Elveroth is a goal scorer who now has the advantage of a year of play at Louisville. He enters his final season at Louisville with the potential to give the Cardinals the additional punch they need on the offensive side of the ball to move upward in the highly competitive Atlantic Coast Conference hierarchy.

Owen Finnerty – Sophomore – Goalkeeper – Michigan – The Wolverines had a program best 0.79 goals against average last year. Finnerty entered the starting lineup at Michigan in 2019 when standout netminder Andrew Verdi was injured.  He held his own in goal during the seven contests in which he was Michigan’s starting goalkeeper. The experience Finnerty gained last year and the grit he displayed bodes well for continued success for Finnerty and the Wolverines.

Drew Fisher – Sophomore – Forward – Colgate – Colgate needs to up its productivity on the offensive side of the ball in order to increase their win total. Last year they only scored a total of sixteen times. Fisher had a promising freshman season in 2019 during which he started eighteen contests and contributed four goals and three assists. If Fisher gets the traditional freshman to sophomore bump in the level of his play, he could prove to be a headliner and just what the doctor ordered for the Raider offense.

Jacob Graiber – Graduate Student – Defender – UIC – The Flames won the Horizon League regular season title last year but their season came to an unexpected end when they were upset by Wright State in the Horizon League Tournament. Graiber, who was the 2019 Horizon League Defender of the Year, has been an iron man and impact player for UIC since joining the program in 2017. Whenever the Flames return to the field you can count on rock solid play and leadership from Graiber.

Mitch Guitar – Senior – Midfielder – Wisconsin – Guitar, a 2018 All-Big Ten Second Team selection, returns after missing the 2019 season due to injury. He is among several potential difference makers at Wisconsin who were either unable to play in 2019 or hampered by injury.  A healthy Guitar will add additional skill and toughness to a Wisconsin team that seeks to rebound from an injury hampered three win 2019 season.

Brandon Hackenberg – Red Shirt Senior – Defender – Penn State – The trend line is upward for the Nittany Lions who improved from six wins in 2018 to twelve wins in 2019. Improvement in offensive productivity from eighteen goals in 2018 to thirty-eight in 2019 was a big factor in that. The departure of Aaron Molloy (9g, 6a), the 2019 Big Ten Midfielder of the Year, creates a big gap on the offensive side of the ball that sophomore forward Liam Butts will hope to help address. However, solid play and leadership on the defensive side of the ball is equally important for continued success in Jeff Cooks third year at the helm of the program. Hackenberg is the guy with the athletic ability, experience and grit to provide that.

Ids Hannema – Junior – Forward – Wright State – The Raiders will seek to build on a historic 2019 season in which they secured the program’s first ever Horizon League Championship, first ever berth in the NCAA Tournament, and first ever win in the NCAA Tournament. However, they will have to do it without the firepower that midfielders Deri Corfe (14g, 8a), Stefan Rokvic (9g, 5a) and Jackson Dietrich (6g, 7a) provided. Hannema (7g, 2a), who appeared in twenty-one contests with sixteen starts last year, is among the returning players who will be counted upon to fill the rather big void that exists and keep the momentum alive.

Eric Iloski – Senior – Midfielder – UCLA – Iloski enters his senior season at UCLA with three years of starting experience under his belt. He is among the veteran Bruin players who must set the pace and provide leadership in order for UCLA to move upward in the Pac-12 conference and begin to regain the standing the program used to enjoy on the national scene.

Carson Jeffris – Red Shirt Senior – Forward – James Madison – Jeffris played in only eight contests last year with four starts due to injury. In 2018 he appeared in twenty-two games with eight goals and four assists. JMU looks to be in a rebuilding mode in 2020. A healthy Jeffris could help fill the rather large gap that exists due to departures and add the punch to the attack that JMU will need in order to maintain the level of success they have had the past few seasons.

Leon Krapf – Redshirt Junior – Goalkeeper – N.C. State – Krapf was the Pack’s starting goalkeeper in 2017 and 2018 but was injured in the first contest of the 2019 season and had to sit out the entire year. He has worked hard to rehab and return to the Wolfpack lineup.  Krapf is a proven and experienced  technician between the pipes whose return is a huge plus for a NC State squad that is eager to get back on the pitch.

Paulo Lima – Junior – Midfielder – Providence – Lima had a breakout season last year in which he contributed eight goals and two assists and was named an All-Big East Second Team selection. The departure of Trevor Davock (6g, 8a), Joao Serrano (4g, 9a) and Tiago Mendoca (4g, 4a) means that Lima will be among the players who the Friars will count on for offensive productivity whenever they resume competitive play.

Einar Lye – Junior – Midfielder – St. John’s – Junior forward Tani Oluwaseyi (11g, 5a), who became the first Johnnie to be named the Big East Offensive Player of the Year last year since 1996, returns to power the attack but to be effective the offense has to be multi-dimensional. Lye who contributed five goals and five assists last year has the ability to add the balance to the offense that the Johnnies will need in order to build on a very productive 14-5-1 2019 season.

Giovanni Montesdeoca – Senior – Forward – North Carolina – Montesdeoca, a starter in 2018 who is back from injury, is a marquee guy with top end touch on the ball and the potential to be a game-changing player. He had a career high eight goals with four assists for the Tar Heels in 2018. His return to the lineup will add an additional dimension to North Carolina’s offensive arsenal.

Daniel Pereira – Sophomore – Midfielder – Virginia Tech – Pereira enters his sophomore season at Virginia Tech off a brilliant freshman campaign during which he exceeded expectations with a five goal and five assist year. It’s likely that Hokie head coach Mike Brizendine thought Pereira would contribute as a freshman. He just didn’t know how much. Pereira’s ability to build on the things he did well last year will factor into the level of success Virginia Tech experiences in 2020.

Veljko Petkovic – Sophomore – Midfielder – Pittsburgh – Petkovic had a formidable freshman season in which he finished second on the team with six goals and five assists. Senior forward Edward Kizza (12g, 4a) will continue to be a force up top. Petkovic’s ability to add balance to the Panther attack and keep it from being one dimensional is a vital element in Pitt’s ongoing effort to take the program to a higher level.

Stefan Sigurdarson – Sophomore – Forward – Boston College – The Eagles have opted out of fall play in the ACC. However, when they do return to the field of play chances are pretty good that Sigurdarson, who is a rising star, will build on a very productive 2019 rookie season during which he led Boston College with eight goals and four assists. Sigurdarson’s offensive prowess will have a big impact on the level of success that Bob Thompson’s team has in his inaugural season as the Eagle head coach.

Tommy Williamson – Senior – Forward – California – Williams is coming off a breakout 2019 campaign during which he led the Golden Bear attack with nine goals and was an All-Pac-12 Second team selection. His ability to build on the success he had last year will be among the key factors that will impact the level of success that California has when they resume play.

Aristotle Zarris – Junior – Midfielder – Wake Forest – The need to replace an All-American is a challenge that Bobby Muuss is familiar with. Filling the void that exists due to the graduation of All-American midfielder Bruno Lapa is the current challenge. Departures at Wake Forest provide the opportunity for someone else to step in. Opportunity knocks for Aristotle Zarris in 2020. He is among a talented and very capable group of returning Demon Deacon midfielders who will have the opportunity to fill the void. In 2018 Zarris contributed five goals and five assists and was named to the All-ACC Freshman team. Last year he scored three goals and added four assists.