Indiana Will Enter the 2022 Season With A Solid Core Of Returning Players But Departures Create Some Big Shoes To Fill On Both Sides Of The Ball. 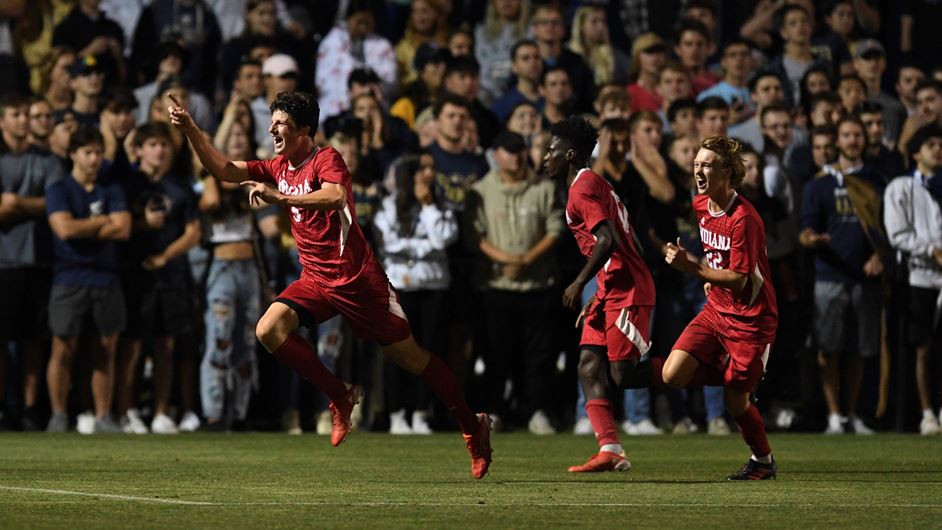 Expectations Are Always High At Indiana. The Hoosiers are coming off a successful But Not Vintage INdiana Season In 2021 during which they were 15-6-2 Overall with a 5-3-0 Mark In Big Ten Play.

Celentano signed a Generation adidas contract with Major League Soccer at the conclusion of his junior year. He was a two-time All-America selection, a three-year starter, and the Big Ten Goalkeeper of the Year in 2020 and 2021. Celentano had a 0.62 career goals against average career with 19 career shutouts.

Bezerra signed a Homegrown Player contract with the Chicago Fire at the conclusion of his junior season. He was a 2020 All-America selection, a three-year starter, and multi-year All-Big Ten selection who contributed a total of 21 goals and 9 assists during his tenure in Bloomington.

Todd Yeagley stated, “We’re really excited to have these seven (players) join us this fall. All of them fill important roles on our team based on departing players, competition and, most importantly, to make our team championship quality this fall.”

The biggest challenge will be replacing the big play ability that forward Victor Bezerra (8g, 5a) provided. He was Indiana’s top goal scorer in 2019, 2020 and 2021. Twelve of the 21 goals Bezerra scored while at Indiana were game-winners.

The good news is that five of Indiana’s top six goal scorers from the 2021 team return along with senior transfer forward Karsen Henderlong from Xavier who was a 2021 All-Big East First Team selection and the Musketeers leading goal scorer for the past three seasons.

Sophomores Samuel Sarver (7g, 4a) and Tommy Mihalic who were All-Big Ten Freshmen team selections are back with the advantage of a year of starting experience under their belts. Senior Herbert Endeley (2g, 6a), a 2021 All-Big Ten Second Team selection, is an explosive finisher who will be among those Yeagley will look to help fill the gap that exists due to the departure of Bezerra. Redshirt senior Ryan Wittenbrink (3g, 5a), senior Maouloune Goumballe (3g, 5a) and junior Nate Ward (0g, 1a) are among others who will be in the mix along with midfielders redshirt senior Ben Yeagley (1g, 1a) and sophomore Patrick McDonald (1g, 1a).

Roman Celentano gave the Hoosiers a very talented and composed presence in goal for the past three seasons. Celentano was a force between the pipes whose shot stopping ability and composure under pressure gave Indiana an edge that helped them prevail in close contests during his three year tenure in Bloomington. At this point the candidates for the crucial starting netminder position in 2022 are redshirt senior Bryant Pratt who appeared in two contests last year, sophomore JT Harms who transfers in from Duke where he started in two games in 2021, and sophomore Nathan Gabris who didn’t see any action last year.

The graduation of Spencer Glass leaves a void that must be filled at left back. However a very solid contingent of defenders return led by redshirt senior All-American Daniel Munie (2g, 2a) who was the 2021 Big Ten Defensive Player of the Year. Junior Joey Maher (2g. 2a), redshirt senior Nyk Sessock, senior Brett Bebej (1g, 2a) and junior Landon Redmon among others return along with Munie to give the Hoosiers what should once again be very competitive, experienced and composed backline.

Impressive yes, but nonetheless Indiana didn’t have the type of season in 2021 that many thought they would with almost everyone returning from the 2020 team that was the national runner up. Something seemed to be missing. To put things into perspective, Indiana finished in the number three spot in Big Ten in 2021 with a 5-3-0 record, they were defeated by Penn State 3-0 in the 2021 Big Ten Tournament title match, and their season ended in the third round of the NCAA Tournament. The first indication that things might not go as well as expected in 2021 took place in the third game of the 2021 season when the Hoosiers 43 game unbeaten streak at home was halted when they were upset 3-0 by Creighton. They followed that non-conference loss with unexpected 2-1 losses at home in Big Ten play to Rutgers and Michigan but showed a lot of grit by rebounding to win seven straight before closing out regular season play with a 2-0 loss to Maryland in College Park.

So with seven starters slated to return in 2022 the prognosis is that the Hoosiers will again be very talented and competitive. Just how productive they will be in terms of program expectations will hinge on several key deliverables.

The biggest question mark and critical success factor pertains to the play in goal due to the departure of Roman Celentano who was a rock solid presence between the pipes for the Hoosiers during his three-year stay in Bloomington. It was Indiana’s play on the defensive side of the ball with Celentano and departed back Spencer Glass playing key roles that enabled the Hoosiers to get back on track in 2021 during the month of October.

The second factor looks to be the bump in play that Indiana gets on the offensive side of the ball from sophomore forwards Samuel Sarver (7g, 4a) and Tommy Mihalic (5g, 1a) now that they have a year of starting experience under their belts.

The third factor is the ability of All-American defender Daniel Munie and All-Big Ten Second Team selection forward Herbert Endeley among others to provide senior leadership.

The fourth factor is the degree to which the newcomers, particularly transfer goalkeeper JT Harms and transfer forward Karsen Henderlong, help fill the voids that exist.

The last factor pertains to the always important intangible team chemistry. Will the Hoosiers merge their individuals talents into a unified team as they did so well in 2020 and will the 2022 team have the mental toughness and determination that has made Indiana such a difficult opponent to face in the past particularly when they are playing at Jerry Yeagley Field at Bill Armstrong Stadium.

Indiana’s 2022 class is made up of athletes from around the Midwest, including two Indiana natives, and one player from Oregon.

JT Harms – Goalkeeper – Whitefish Bay, Wisconsin – Plain City (Ohio) High School – Harms is a highly regarded junior transfer from Duke where he started two games in goal and posted two shutouts during the 2021 season. He also appeared in two contests at Duke during the 2020 season. He played for the Columbus Crew SC Academy starting 11 matches during the shortened 2019-2020 season.

Karsen Henderlong – Forward – Crown Point, Indiana – Crown Point High School – A senior transfer from Xavier where he was a three-year starter and All-Big East First Team selection in 2021. Had 22 goals and seven assists during his three-year tenure at Xavier.

Breckin Minzey – Midfielder – Granger, Indiana – Indiana University High School – Played for the Indiana Fire Academy where he helped the U17 squad qualify for the 2021 MLS Next Playoffs. Also played for Indy Eleven’s Academy in the United Soccer League.

Jack Wagoner – Midfielder – Chesterfield, Missouri – Marquette High School – Played for St. Louis Scott Gallagher where he was named to the Under-19 MLS Next Best Of Match during the 2021 Winter Showcase. Will compete with the St. Louis City SC as an amateur prior to its inaugural year in MLS.