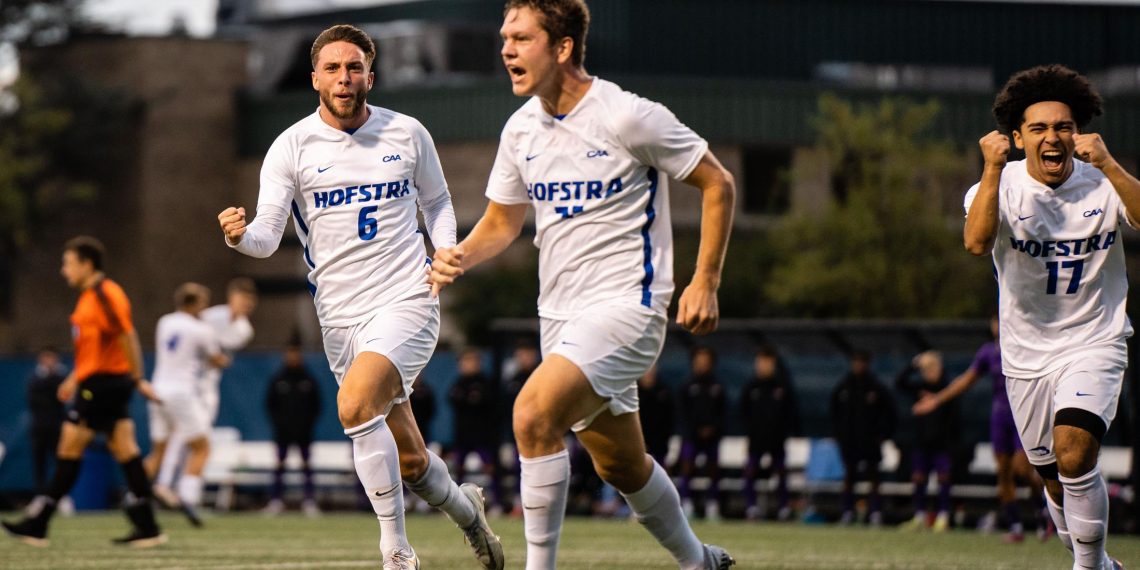 Vowinkel came up with the big plays that Hofstra needed to advance past Drexel 2-1 in the semifinals of the CAA Tournament and Elon 3-2 in the championship match.

Vowinkel also contributed two goals including the game-winning goal in the win over Elon. He converted a header after receiving a cross from Carmichael with Francesco Perinelli also assisting and scored with a double assist from Storm Strongin and Francesco.

Vowinkel has 11 goals and 6 assists on the season and is among the reasons why Hofstra is having a banner season. The Pride is unbeaten in its last 15 games to improve to 16-1-2. Hofstra secured its fifth CAA Tournament title and first since 2015.