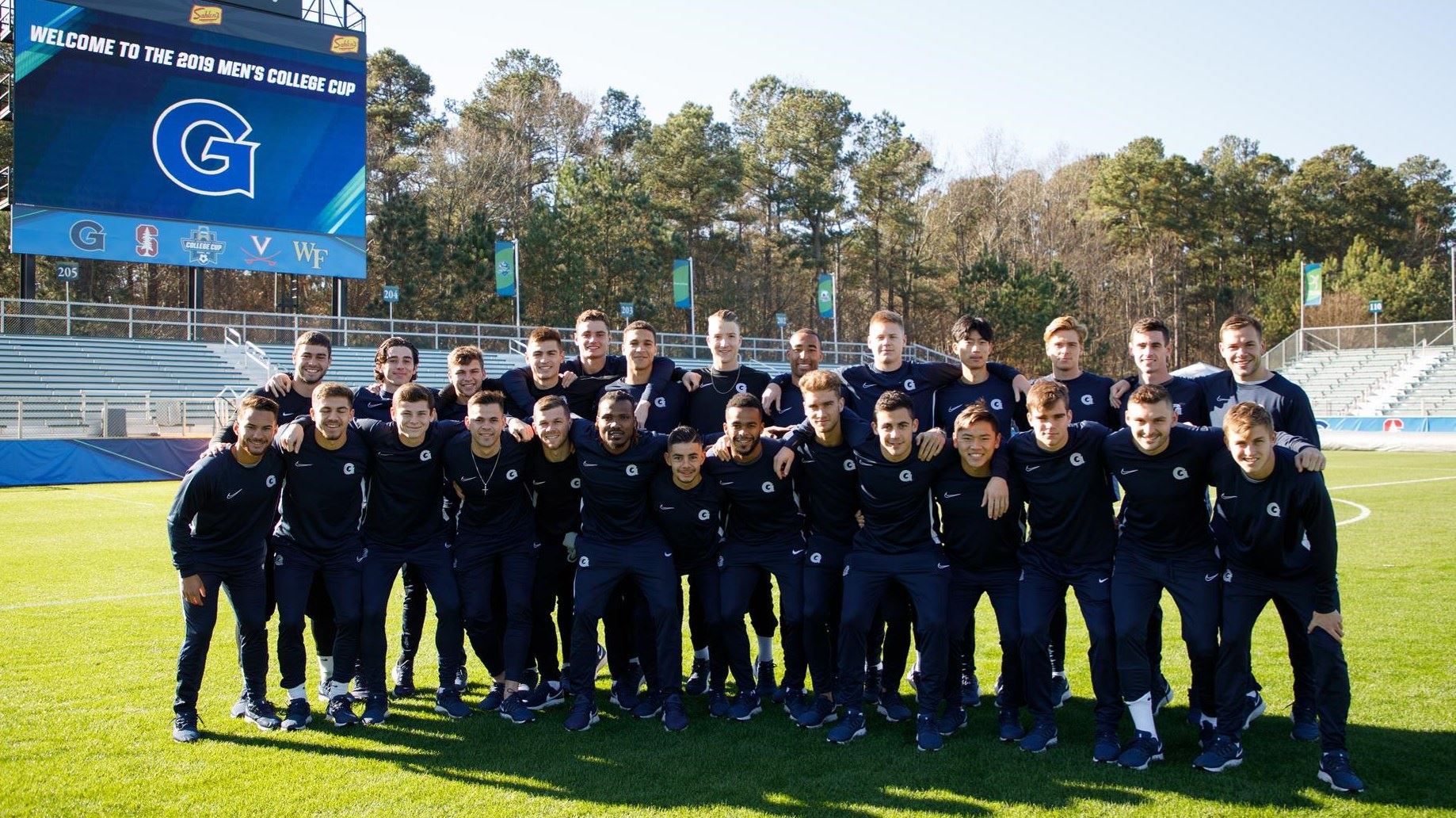 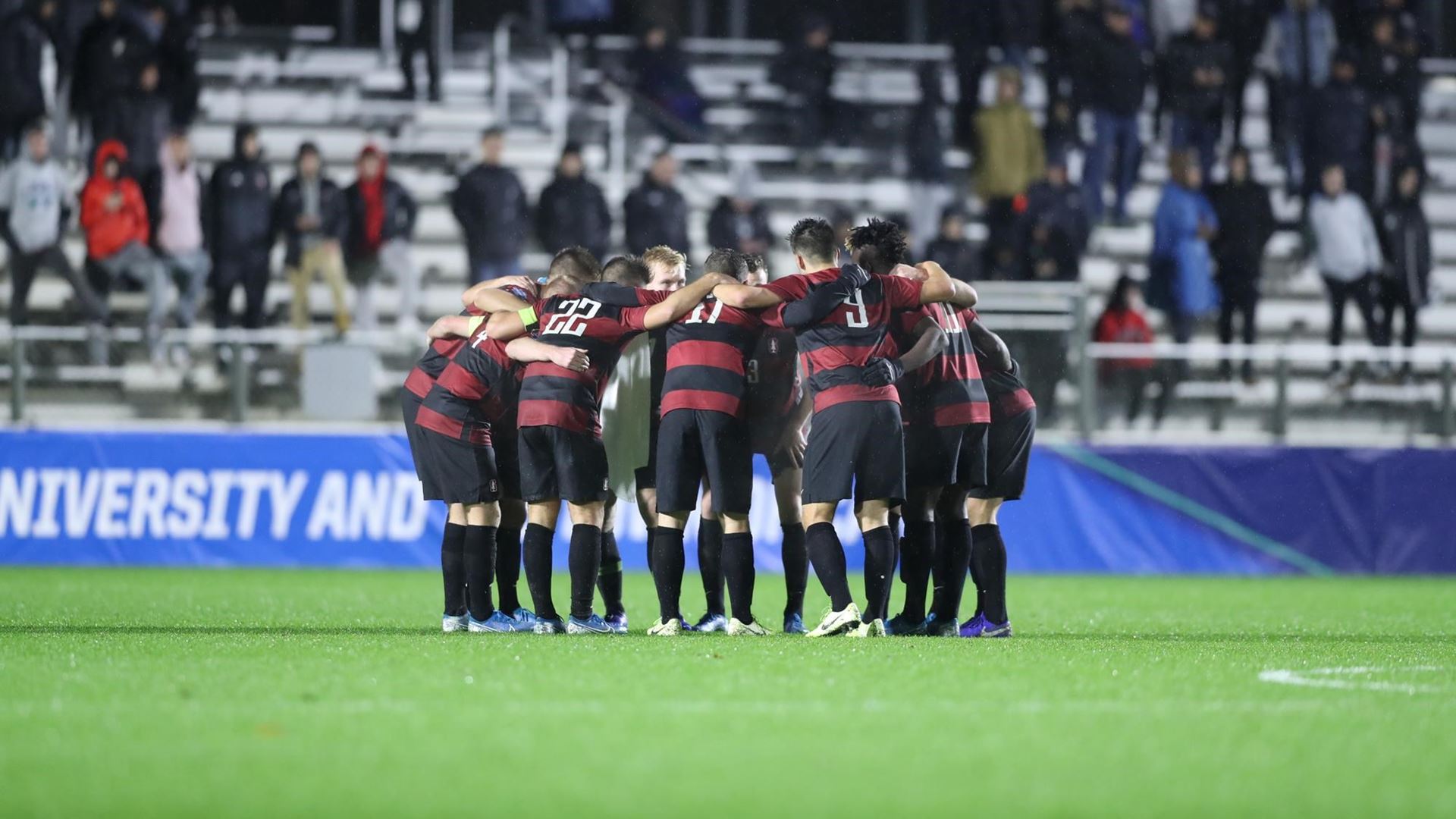 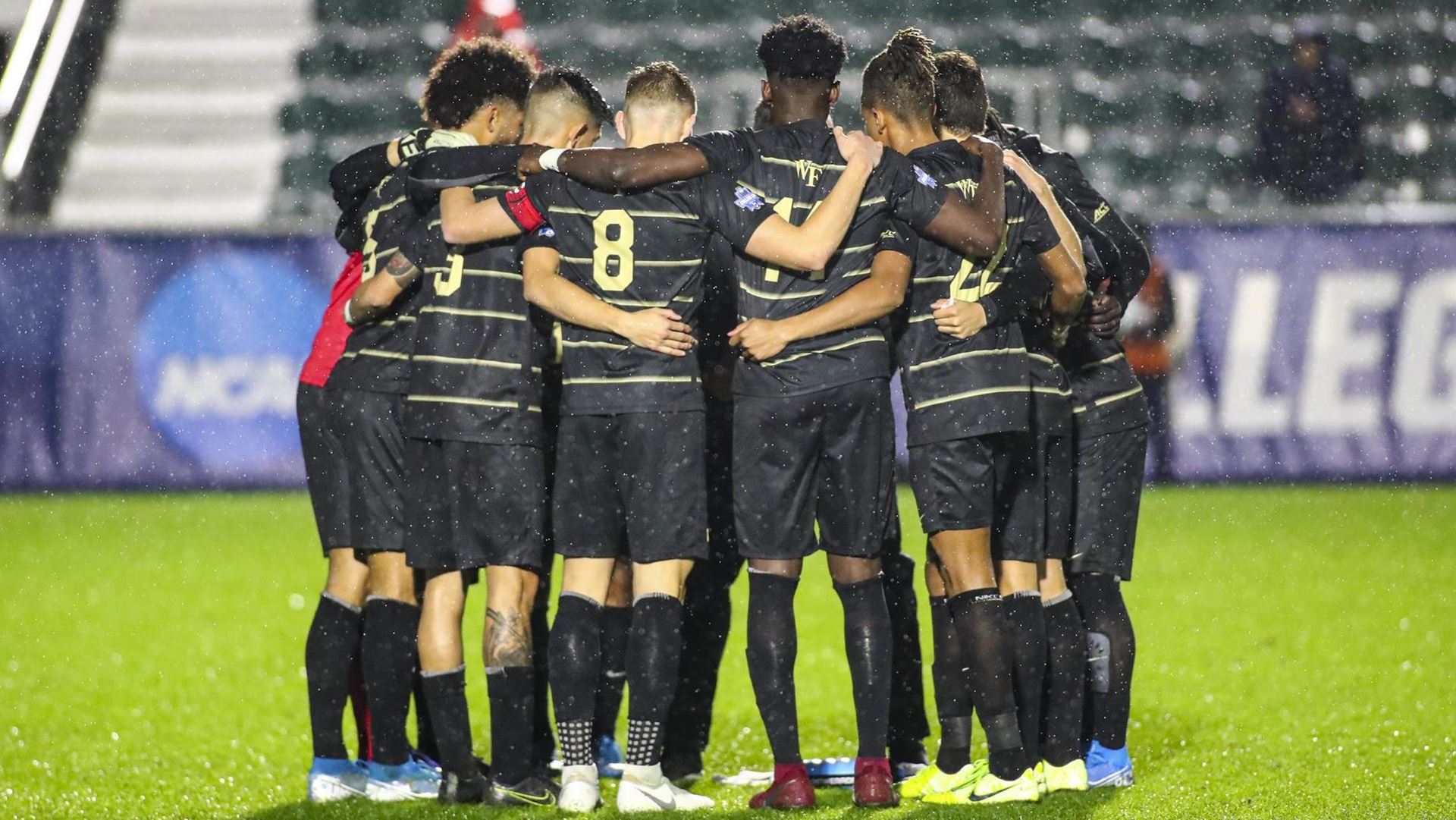 Georgetown topped Stanford 2-0 behind a solid team effort on both sides of the ball. Virginia advances past Wake Forest 2-1 behind two goals from sophomore forward Daryl Dike. They will face each other on Sunday at six in what shapes up to be a classic.

Georgetown defeated Stanford 2-0 Friday night to advance to the national championship game with a convincing 2-0 win over Stanford on a cold and steadily raining night that resulted in standing water on portions of the field. .

The Hoyas jumped out to a 1-0 lead in the fourth minute of play when sophomore midfielder Sean Zawadski drove a shot into the back of the frame from several feet outside the center of the top of the box.  Zawadski aggressively pushed forward into space and decisively one timed a picture perfect shot into the left side of the goal just outside of the reach of Stanford netminder Andrew Thomas.

Neither team wanted to have to chase the contest and the conditions contributed to making that even more difficult to do. Stanford regrouped and looked to be getting into a rhythm midway through the first half but Georgetown continued to get numbers behind the ball and was able to keep the Cardinal off the scoreboard.  The teams went into intermission with Georgetown holding a 1-0 advantage.

The outcome remained in doubt until junior midfielder Foster McCune made the run he needed to make to be in position to drive a header into the left side of the goal at close range to give Georgetown a two goal advantage in the sixty-seventh minute. The goal was set up by a nice move at speed down the right side of the field and a slightly defected cross into the middle from Zawadski that found its way past three Cardinal defenders. McCune celebrated his goal with an impressive belly slide into the far corner of the field that was facilitated by the water on the field.

This one came down to the fact that Georgetown was able to get into a rhythm early on and stayed true to the style of play and the execution on both sides of the ball that have served them so well all year.  It was another team win for the Hoyas with nineteen players participating in a seamless effort in which they never seemed to be out of sync. Senior forward Achara was among those who entered the contest and added an additional dimension that accelerated Georgetown's attack.

The Hoyas did a really good job of maintaining possession, stretching the field of play, and putting together the combinations they needed to secure the win.  The backline of Dylan Nealis, Rio Hope-Gund, Dylan Nealis and Sean O'Hearn also put in a very disciplined and organized effort that limited Stanford to only two shots and kept the Cardinal from putting together the combinations that they needed to mount a more effective attack up-top.

Giannis Nikopolidis had one save in goal for Georgetown while Andrew Thomas had two saves between the pipes for Stanford.

Georgetown improves to 19-3-1 and matches the win total of the 2012 team that made program history by advancing to the national championship contest where they were edged 1-0 by Indiana.

Stanford concludes another banner season with a 14-3-5 record and their fourth trip to the College Cup in the last five seasons.

Number three seeded Georgetown will square off with number one seed Virginia on Sunday at six with the winner securing the 2019 National Championship. The contest will be carried live on ESPNU.

Virginia 2 – Wake Forst 1 – The Cavaliers continued their dominance over Wake Forest in post season play Friday night in the second semifinal match of the 2019 College Cup on a very rainy night in North Carolina. It was a total team effort for the Cavaliers but forward Daryl Dike's two goals, goalkeeper Colin Shutler's seven saves, and Joe Bells steady play in the middle third highlighted the win.

The momentum shifted to Virginia in the nineteenth minute when a disciplined Virginia team that has been dangerous all year at building their attack from the back and getting their players in space behind defenders did so once again when Dike ran onto a beautiful long ball played in by freshman defender Andreas Ueland.  Dike then drove a shot into the far side netting from inside the right side of the box at a very difficult angle with little margin for error. The goal ignited the Cavaliers and the Virginia faithful on hand at WakeMed Soccer Park in Cary, North Carolina and forced Wake Forest to have to play catchup against a team that is tenacious on the defensive side of the ball.

What proved to be the game winning goal came a little over three minutes later when sophomore midfielder Daniel Steedman served in a corner kick that Dike skillfully flicked into the far side netting to give the Cavaliers a 2-0 advantage.

The teams went into intermission with Virginia holding a commanding but always somewhat vulnerable 2-0 lead.  Wake Forest got new life when senior midfielder Bruno Lapa converted a penalty kick with eleven minutes remaining in the contest. The Deacons attacked but were unable to break the code on a very composed and solid Virginia defense that was anchored by backs Henry Kessler, Andreas Ueland, Robin Afamefuna, Bret Halsey, and Spencer Patton and netminder Colin Shutler.

Wake Forest had an eleven to seven advantage in shots and an eight to two advantage in shots on goal but Virginia as they have all year did a great job of taking advantage of the opportunities that came their way and the fact that they are 16-0-0 when leading at halftime and 19-0-1 when scoring first speaks for itself.

Virginia improves to 21-1-1 and advances to face Georgetown on Sunday at six with the national championship on the line.

Wake Forest completes another stellar season with a 16-5-2 record.