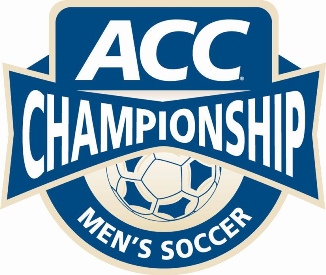 With the quarterfinal round, only four teams remain in the hunt for an ACC Tournament title and an automatic bid into the NCAA Tournament. Only Virginia, Notre Dame, Clemson and Maryland remain. The semifinals which are slated for Friday, November 15 at the Maryland SoccerPlex in Germantown, Maryland are sure to be a competitive atmosphere.

In their quarterfinal match, Notre Dame outright dominated Duke outshooting them 16-3.  Despite the large shot advantage, Notre Dame struggled to get the ball in the net and only won 1-0.

Virginia also had a tough match with Wake Forest. It took a penalty kick in overtime for the Cavaliers to claim the victory over the Demon Deacons.

With both matches being such close ones, this semifinal match should not be any different. When Notre Dame and Virginia met earlier this season on Oct. 26, the Fighting Irish dropped their first and only match of the year 2-0.

Despite falling earlier in the year, expect Notre Dame to come out with new life. Virginia may have had their number the first time around, but the Fighting Irish’s leadership and experience won’t allow that to happen again.

The Fighting Irish should be able to walk away with a win, but only if they can find a solution for the Cavaliers’ Darious Madison. The sophomore proved to be too much for Notre Dame to handle in the two squads’ regular season meeting as Madison scored two unassisted goals to propel the Cavaliers to victory.

Notre Dame’s star player Harrison Shipp was quiet against Virginia in their first meeting, but should be ready to step things up against the Cavaliers the second time around. This match will surely be a competitive one, but I don’t expect Notre Dame to falter again.

Maryland had an easy going first round defeating Boston College handedly 2-0 while Clemson had to come from behind to defeat North Carolina 2-1, but both teams are poised to play an excellent game against each other.

Even though Maryland won that first meeting 3-1, Clemson outshot the Terrapins 12-10. If the Tigers’ Thomas McNamara has a big game, expect the Maryland defense to have some trouble containing him. McNamara is a dynamic player who is the catalyst behind Clemson’s offense and can change games in an instant. He should be able to give the Maryland defense fits.

This game should be much closer than the last one, and I can even see a potential upset if you can call it that in the ACC. Although Maryland is a quality side in their own right, if Clemson’s defense plays to their potential and can figure out a way to contain Maryland’s Patrick Mullins and McNamara can team up with his counterparts offensively, I can easily see this one going the Tigers’ way.

Bryson Jones is a contributing writer for College Soccer News.  He can be reached at bryson12@bellsouth.net