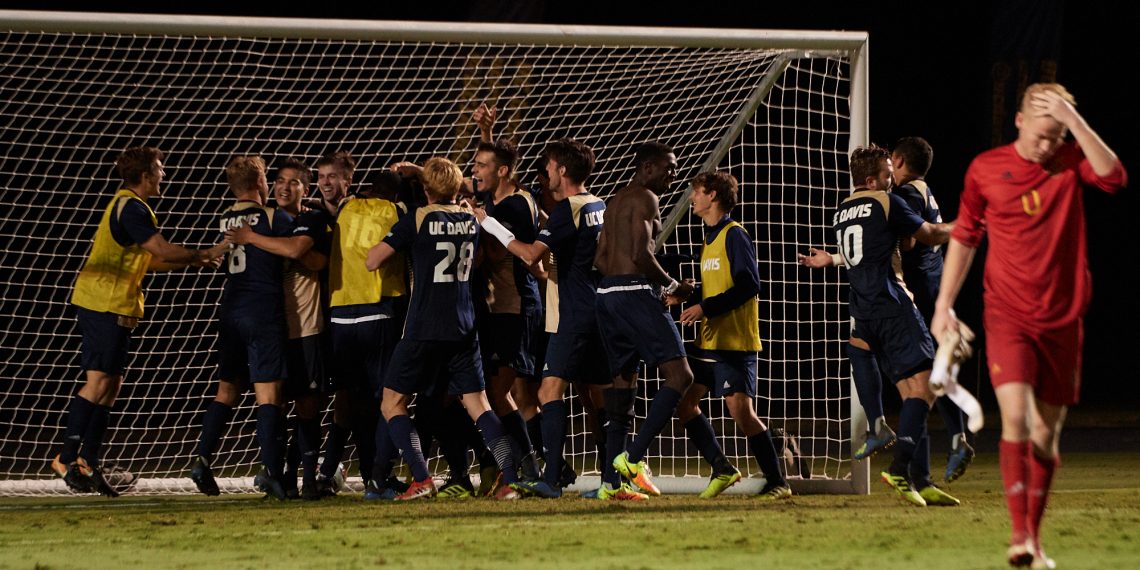 These teams had successful seasons in 2018 but each fell just short of achieving a goal that was within their grasp.  Each returns a solid core of experienced and talented players. Look for each of them to be highly motivated and hungry teams in 2019.

Wright State – Jake Slemker's first season as the head coach at Wright State was a productive one. The Raiders were 13-3-3 overall and won the Horizon League regular season title with a 6-1-1 mark in conference play. Wright State was one win away from a berth in the NCAA Tournament when they were topped by UIC 3-1 in the Horizon League Tournament Championship game. An at-large berth seemed a possibility with an RPI in the high thirty's but none was forthcoming.

The 2018 season was the fifth in a row that the Raivders have had double-digit win seasons. The 2019 season could be the one in which Wright State punches their ticket to the NCAA Tournament. However, in order to do that they will need to fill the rather large void that exists due to the graduation of center backs All-American Dan Bent who was the Horizon League Defensive Player of the Year and Eric Hutton. Both were multi-year starters. In addition, the Raiders will have to find a way to dethrone the UIC Flames who have won the Horizon League Championship and the automatic berth into the NCAA Tournament that goes with it for three seasons in a row.

The good news is that nine starters are slated to return from the 2018 squad that found the back of the net a total of forty-four times while holding opponents to a total of twenty-one goals. Senior Joel Sundell, the Horizon League Goalkeeper of the Year, returns to anchor the defense along with senior backs Sam Orisatoki and Austin Kinley. The offense should again pack plenty of punch in 2019 with senior forward Alec Philippe (11g, 6a) returning along with midfielders junior Jackson Dietrich (5g, 12a) and seniors Stefan Rokvic (10g, 2a) and Deri Corfe (10g, 8a).

University of Texas Rio Grande Valley – Those footsteps that members of the Western Athletic Conference hear closing in on them belong to UTRGV. The Vaqueros turned heads in 2018 with a program best 14-6-0 overall record and impressive 8-3-0 mark in WAC play. A very significant accomplishment when you consider the fact that UTRGV began fielding a men's Division I soccer team in 2015 after an eighteen-year hiatus. Under the direction of Paul Leese, the 2018 WAC Coach of the Year, the confidence level and the consistency of play at UTRGV has steadily improved. The Vaqueros won five contests in 2015, six in 2016, seven in 2017 and then doubled to fourteen in 2018.

Second seeded UTRGV secured its first ever win in the WAC Tournament in 2018 when they topped UNLV 4-1 in the first round. Their season and hope of advancing to the championship match and earning a spot in the NCAA Tournament then came to an end when they were upset by six seeded San Jose State 1-0 in the tournament semifinals.

Leese has some gaps to plug on the defensive side of the ball in 2019 due to the graduation of several backs including All-WAC First Team selection Antone Jarvis. Regardless, Lesse will have plenty of returning talent to work with which bodes well for the chances of another step forward for UTRGV in 2019.

Senior goalkeeper Andy Rios and junior back Guillermo Martinez return to provide a solid necleus upon which to reload the defense. Senior forwards Kyle Edwards (14g, 5a) and Wiliam Akio (5g, 10a) along with midfielders senior Arthur Rogers (1g, 2a) and junior Bryce Box (4g, 2a) are among the components of what should be a balanced and productive offense.

Fairfield University – The number one seeded Stags opened 2018 MAAC Tournament play by hosting a Rider team that they had defeated 3-2 during regular season play with a gutsy come from behind win in which they scored three unanswered goals in the final forty minutes of regulation. Despite the fact that Fairfield won the regular season MAAC title with an 8-0-2 mark in conference play they knew that achieving their goal of back-to-back appearances in the NCAA Tournament in 2018 was dependent on winning the conference tourney and the automatic berth that goes with it.

The disappointment and the feeling of what might have been was vividly reflected on the faces of a young Farifield team when their season and dream of another berth in the NCAA Tourney came to an abrupt end when they were upset by Rider 2-0 in the semifinals of the conference tournament. But the disappointment also created a deep desire among the returning players for a different ending in 2019.

A resilitent Rider team that had struggled during the early part of the season subsequently defeated number two seed Quinnipiac 1-0 in the tournament final to claim the MAAC Championship for the third time in the past four seasons.

A determined Fairfield team will enter the 2019 season under the guidance of veteran head coach Carl Rees with almost everyone back and the added plus of having a lot of young players who now have a year of experience under their belts. Fairfield will be a difficult team to handle in 2019 if the sophomores get the normal bump in performance that comes after a year of play and the upperclassmen set the pace.

Junior Gordon Botterill, the MAAC Goalkeeper of the Year and junior back Jonas Vergin, the 2018 MAAC Defensive Player of the Year, return to anchor a defense that allowed a total of nineteen goals last year. Junior Matt Mclinchey (0g, 6a), senior Joseph Meyer (3g, 1a) and sophomore Santiago Gonzalez (3g, 0a) provide a solid necleus in the midfield. Junior Don-Junior Bobe (0g, 1a) and sophomores Jonathan Filipe (4g, 0a) and Jack Weiss (3g, 2a) return up-top to add a little shake and bake to the attack. 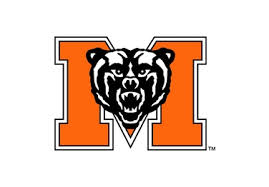 Mercer University – The Bears were 12-4-2 overall in 2018 and won the Southern Conference regular season title with a 5-1-0 mark in league play.  Mercer's chances of becoming the first Southern Conference team since 2008 to conclude regular season league play without a loss looked promising heading down the home stretch but dissolved when they were defeated 2-1 at home by nemesis ETSU in their final regular season contest.  The ETSU win halted an eight game Mercer win streak.

Regardless the number one seeded Bears entered the Southern Conference Tournament focused on  winning the tournament title and punching their ticket to the NCAA Tournament for the third season in a row.  But Mercer's season came to an unexpected end when they were upset by UNCG 1-0 in the semifinals of the conference tournament.  The contest was only the second time during the 2018 campaign that Mercer was held scoreless. The Bears had recently topped UNCG 3-0 in regular season play.

Furman subsequently defeated UNCG 3-0 in the tournament final to win the Southern Conference Tournament for the first time since 2015. Ironically Furman lost to UNCG 1-0 during the regular season.

Mercer head coach Brad Ruzzo will enter the 2019 season with voids to fill in the midfield due to the graduation of Kobe Perez (4g, 4a) and Jake Mezei (2g, 5a) and in the back due to the  graduation of Ramario Thompson (5g, 1a). The good news is that Ruzzo will have plenty of experienced talent to work with that will be highly motivated to write a new ending to their season in 2019.

UC Davis –  Just one win away. The Aggies hopes of securing the program's first ever Big West Conference Tournament title and a berth in the NCAA Tournament were dashed for the second year in a row in the tourney final in heartbreaking fashion when they came out on the losing end of a penalty kick shootout.  In 2017 they fell at home to Cal State Fullerton 4-3 (a team they topped 2-1 during regular season play) in a shootout after the contest was scoreless at the end of regulation and extra time.  In 2018 the Aggies were topped 4-2 by UC Riverside ( a team they defeated 3-0 during regular season play) after the contest was scoreless at the conclusion of 110 minutes of play.

UC Davis completed the 2018 season with an 11-4-5 overall record that included a 3-3-1 mark in conference play.  In 2017 the Aggies were 11-7-3 overall with a 7-2-1 mark in conference play. UC Davis had back-to-back double digit seasons for the first time since 2007 and 2008. The Aggies hoped that an eleven win season and an RPI in the high thirties would yield an at-large berth in the NCAA Tourney but the selection committee felt otherwise.

UC Davis head coach Dwayne Shaffer will enter the 2019 team without the services of Two-Time Big West Defensive Player of the Year Roy Boateng and Justin Wright (4g, 4a). Their departure creates a challenge for an Aggie defense that allowed a total of only seventeen goals last year. On the plus side of the ledger, the return of RS senior goalkeeper Wallis Lapsley and backs junior Jake Haupt and redshirt sophomore Kaleb Schirmacher provides a solid foundation for continued success on the defensive side of the ball. Redshirt senior Adam Mickelson (4g, 6a) returns to add firepower to the attack up-top and the midfield should be deep with redshirt sophomore Andy Velasquez (3g, 0a), senior Marte Formico (2g, 1a), and redshirt junior Nabi Kibunguchy (0g, 1a) among those slated to return.

The 2019 season could be the one in which the Aggies join the NCAA Tournament field.