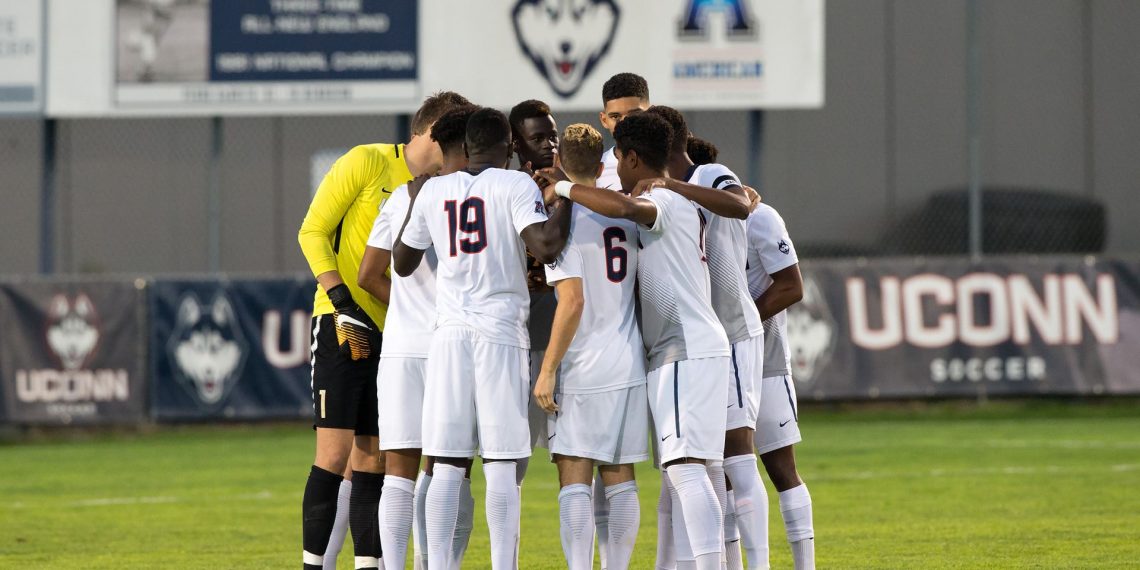 Connecticut did a great job of filling the gaps that they face heading into the 2019 campaign with the addition of four transfers and five freshmen.  Forward Jordan Hall who was an All-Big Ten first team selection last year at Rutgers is a goal scorer who should help fill the void that exists due to the graduation of Adbou Mbacke Thiam who powered the UConn attack for the past four seasons. Junior transfer Ziyad Fekri who was a starter for the past two seasons at Louisville and junior Jake Dengier who was a starter last year for Loyola Maryland should help ease the pain on the defensive side of the ball that exists due to the graduation of center back Jacob Hauser-Ramsey and left back Dylan Greenberg who were multi-year starters. Team chemistry is always a concern with the addition of transfers. The fact that all three will be on board for the spring season and that Connecticut is among the thirteen teams participating in the 2019 Spring College Development Program should help facilitate a smooth transition.

Departures and Gaps – Connecticut losses forward Abdou Mbacke Thiam and backs Jacob Hauser-Ramsey and Dylan Greenberg due to graduation. Thiam was an AAC First Team selection in 2016, 2017 and 2018 and a Second-Team selection in 2015. Mbacke Thiam was the main-man in the UConn attack with double-digit goals each of his four seasons. He left Storrs with a total of forty-six career goals. Hauser-Ramsey, a three-year starter after transferring in from Tyler Junior College, was the 2018 AAC Defensive Player of the Year and an All-AAC First Team selection in 2017 and 2018. Greenberg was a four-year starter and an All-AAC Second Team member in 2017 and 2018.

Opportunities for Improvement – Consistency on the defensive side of the ball. The Huskies allowed a total of thirty goals in 2018 which equates to an average of 1.50 goals allowed per game. That may be the most goals Connecticut has ever allowed in a single season. While the Husky defense was solid in some contests it usually came at the expense of an otherwise productive attack that produced a total of thirty-four goals. UConn allowed two or more goals in eleven contests last year.  In their six losses they allowed a total of fifteen goals while only scoring three.

Summary – The Connecticut faithful have reason to be optimistic about the 2019 season as Ray Reid will again field a very competitive team. The Huskies return a very talented and balanced group from the 2018 squad that was 12-6-2 overall with a 3-2-2 mark in conference play and returned the program to the NCAA Tournament field after a rare two year absence. The loss of three very talented and experienced seniors creates uncertainties but the addition of several experienced newcomers could offset that.

The Huskies should be in the thick of what once again looks to be a very competitive American Athletic Conference race. AAC foes and 2018 frontrunners SMU and UCF also return very talented teams. If the Huskies are going to move upward in the conference and increase their overall win total in 2019 they must tighten up their defense and find a way to replace the punch that Mbacke Thiam brought to the offense. Newcomer Jordan Hall who found the back of the net fourteen times last year for Rutgers and returning forwards redshirt senior Dayonn Harris (5g, 7a) and sophomore Ibrahima Diop (4g, 1a) are among the likely candidates to fill the void on the offenside of the ball.  Sophomore Felix Metzler, the 2018 AAC Rookie of the Year and a College Soccer News All-Freshman selection, and junior Robin Lapert are among key returning defenders.

Ziyad Fekri – Defender – Rabat, Morocco – Andre Malraux School – A junior transfer from Louisville where he was a starter the past two seasons. Played club soccer for FUS of Rabat and Academie Royale. Member of the U19 Moroccan National Team.

Jordan Hall – Forward – Manchester, England – Royton and Crompton – A senior transfer from Rutgers where he scored fourteen goals and added two assists in 2018. A 2018 All-Big Ten First Team selection.  Prior to that he played two seasons at Mississippi Gulf Coast College where he scored a total of fifty-seven goals and contributed twenty-four assists. An NJCAA Division I All-American First Team member at Mississippi Gulf Coast College.

Ahdan Tait – Forward – Bridgeport, Connecticut – Fairchild Wheeler High School – A sophomore transfer from the University of Virginia where he appeared in one contest in 2018. Played for Beachside SC Academy.