College Soccer – A Look At The Season Opening Contests 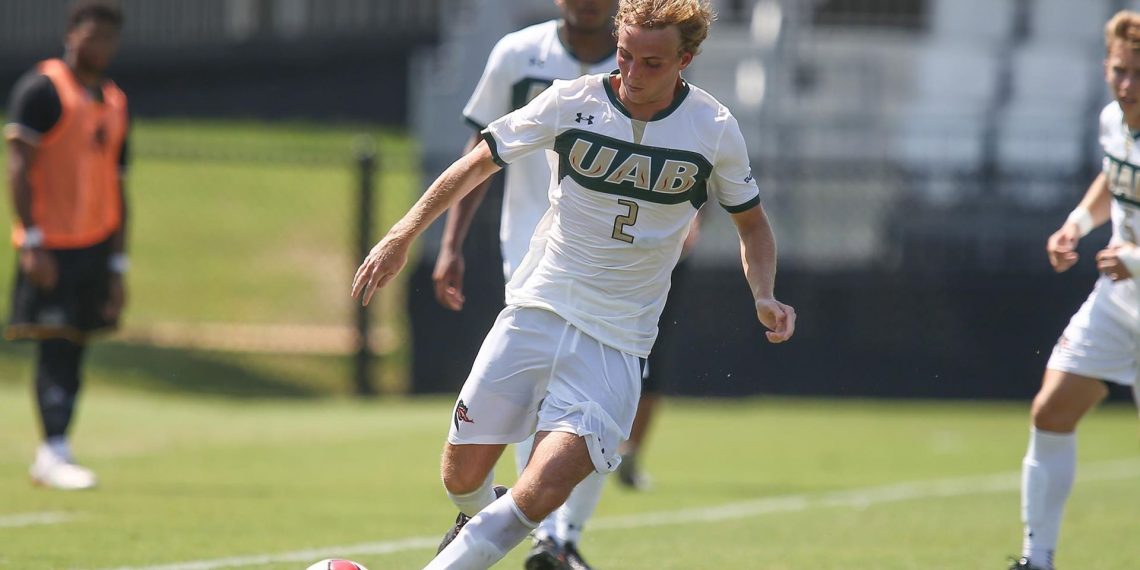 Notre Dame 1 – Kentucky 0 – When defense prevails and only one goal is scored the chances are pretty good that the Irish will prevail which was the case Thursday evening in a season opening 1-0 home victory over Kentucky.  The contest was played without spectators.

Freshman forward Daniel Russo, one of six freshmen who saw action in the contest for the Irish, headed in the lone goal of the evening in the 62nd minute of play out of a corner kick served in in by senior forward Aiden McFadden. Junior forward Jack Lynn, who led the Notre Dame attack last year with ten goals, was only on the pitch for forty-one minutes.

McLaughlin had a four-save evening in goal for Notre Dame to post the shutout for the Irish. Kentucky goalkeeper Enrique Facusse had a two-save evening for the Wildcats.

The Irish are unbeaten in their last ten season openers.

Notre Dame head coach Chad Riley stated, “The guys were great. Credit to Kentucky, they are an unbelievably good team and we are thankful that they came up for this game. I don’t think it could have been a better game for us. We are fortunate to get the goal to win it but Kentucky had some dangerous moments as well.”

Containing senior forward Aris Briggs is a key to topping Georgia State. Mercer was unable to do that. Briggs, the 2019 Sun Belt Offensive Player of the Year, was a force once again for the Panthers. Briggs opened the scoring in the tenth minute of the match after receiving a cross from teammate Justin Guest.

The teams went into intermission with Georgia State ahead 1-0.

Mercer picked up the pace in the second stanza and knotted the score at 1-1 when junior forward Trevor Martineau, a Southern Conference First Team selection in 2018 and 2019, found the back of the net with a double assist from Dylan Gaither and Kevin Kim.

Briggs then netted what proved to be the game-winning goal for Georgia State in the 81st minute of play with George Proctor and Alex Henderson providing the assists.

Mercer returns to the pitch when they host Georgia Southern on Tuesday night. Georgia State travels to face South Carolina on Thursday.

UAB 3 – Central Arkansas 2 – This rather physical contest took place on Saturday in Conway, Arkansas with the outcome a bit of a surprise.

UAB got on the board first when senior midfielder Joseph Buete drove a shot into the bottom left corner of the goal from relatively close range after receiving a cross from freshman Santiago Herrera.

Central Arkansas responded to knot the score at 1-1 when senior midfielder Soren Jensen converted a penalty kick in the 15th minute of the match.

The teams went into halftime with the contest deadlocked at 1-1.

Central Arkansas took a 2-1 lead in the 53rd minute when sophomore midfielder Edoardo Calzola skillfully threaded a shot into the back of the net with a double assist from sophomore Alexsi Morel and freshman Rubyn Gill.

It felt like momentum had swung to Central Arkansas but things changed when a Central Arkansas handball in the 61st minute resulted in a UAB penalty kick. Senior forward Aodhan O’Hara decisively finished the pk to tie the contest at 2-2.

The match remained tied at the end of regulation.

In the 95th minute of play Buete scored the game-winning goal for UAB when he placed a shot off the bottom right corner of the goal with an assist from freshman Tyrell Price. It was a solid season opening on the road win for the Blazers.

UAB head coach Jeff Kinney stated, “I thought it was typical of a first game of the season. Both teams had some chances, and we were fortunate to finish ours. The ones we created were very good goals and we obviously want to continue to build on that.”

UAB travels to Statesboro, Georgia next Saturday to tangle with Georgia Southern. Central Arkansas travels to Lexington, Kentucky to play the University of Kentucky on Friday, October 2.

It was a good opening season win for the Gamecocks under the direction of head coach Mark Berson. South Carolina drew first blood when sophomore forward Logan Frost scored what proved to be the game-winning goal in the 32nd minute of play after making a nice move to create the space needed to send a shot into the back of the frame. Sophomore forward Brian Banahan was credited with the assist on the goal.

Banahan made it 2-0 South Carolina when a misplay in the back enabled him to score with a mere ten ticks remaining in the match.

Justin Bauer and Ryan Bilichuk each played a half in goal for South Carolina. Bauer had one save and Bilichuk had three. Jose Eduardo Bomfin had three saves between the sticks for Georgia Southern.

Georgia Southern head coach John Murphy stated, “One game doesn’t make a season. We’re going to dust ourselves off and prepare for a tough game on Tuesday against Mercer. But I think there’s a lot of positives to draw from. We don’t want to lose to anyone at any time, but at the same time, we hae to keep things in perspective.”