Can N.C. State Live Up to the Hype? – by Dela Agbotse 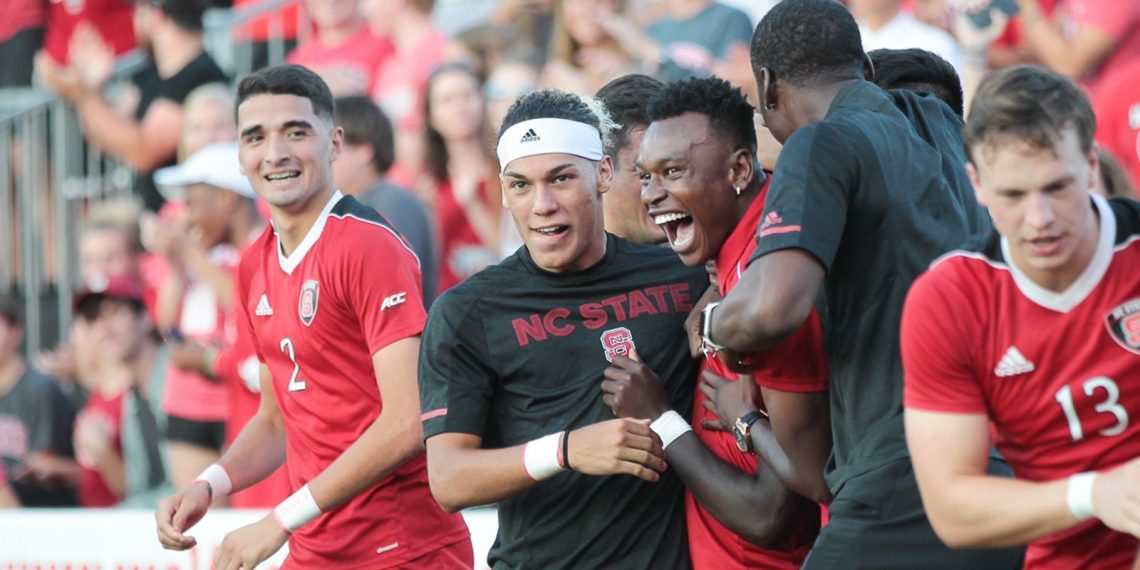 Only three teams have won the NCAA title over the last five years. Can any side break the stranglehold and make history themselves?  That’s the big question.

In the last three men's college soccer seasons, Stanford has successfully defended their NCAA D1 title. Despite a 0-0-3 start to the 2018 season, Stanford remains among the favorites to secure the NCAA title again in 2018.  The Cardinal have been the dominant force in college soccer and have recruited well to match their lofty ambitions. However, after losing a class of players who played a big part in their three title wins, achieving their fourth title in four years will be a daunting task. With the 2018 college soccer season underway, several teams including the ususal suspects – Wake Forest, Indiana, North Carolina, Michigan State, and Louisville to name a few – are breathing down their necks.

On early evidence, two weeks into the new season, several other teams  have kicked off the season in top gear who are eager to carry the success that they have displayed in the early going into late November.  North Carolina State is among those teams who are capable of unsettling the traditional powerhouses and reshaping the order of things. The Wolfpack led by ACC freshman of the year Manny Perez have started the season red hot.  A signature win last week over Akron on the road is evidence of their ambition to be in the conversation for the NCAA title come tournament time.

N.C. State rocketed upward in the rankings after beginning the season with four consecutive wins.  The Pack jumped from the receiving votes category to the number eight spot in the most recent United Soccer Coaches Poll and moved up six spots to number seventeen in the most recent College Soccer News Poll.

The Wolfpack, under the direction of second year head coach George Kiefer, play an attacking brand of soccer. David Loera, Manny Perez and Gabriel Machado spearhead an offense that has recorded nine goals in four games. Their defensive shortcomings from last year seem to have been mostly addressed, with the team only conceding two goals in their four games, shutting out  Akron in the process.

Can North Carolina State live up to the hype?  In years past they have lacked consistenty.  The Pack has often started strong but faltered as the season progressed.  However, the 2018 team under Kiefer could be different.  Time will tell if they can keep up the momentum heading into the winter period.

If College Soccer is one thing, it is certainly not predictable and at this early stage suggesting that any one team is a sure bet to win the title is premature.  Regardless the Wolfpack on early showing may just have what it takes to go all the way.

It is safe to say that the Wolfpack are ahead of schedule under Kiefer.  The fact that they returned to the NCAA Tournament field last year in Kiefer's first year at the helm of the program was a big step in the right direction.

The Wolfpack's match-up on Friday night against number one ranked Wake Forest in Winston-Salem will be a test that will provide a lot of information regarding where they currently are as a team.