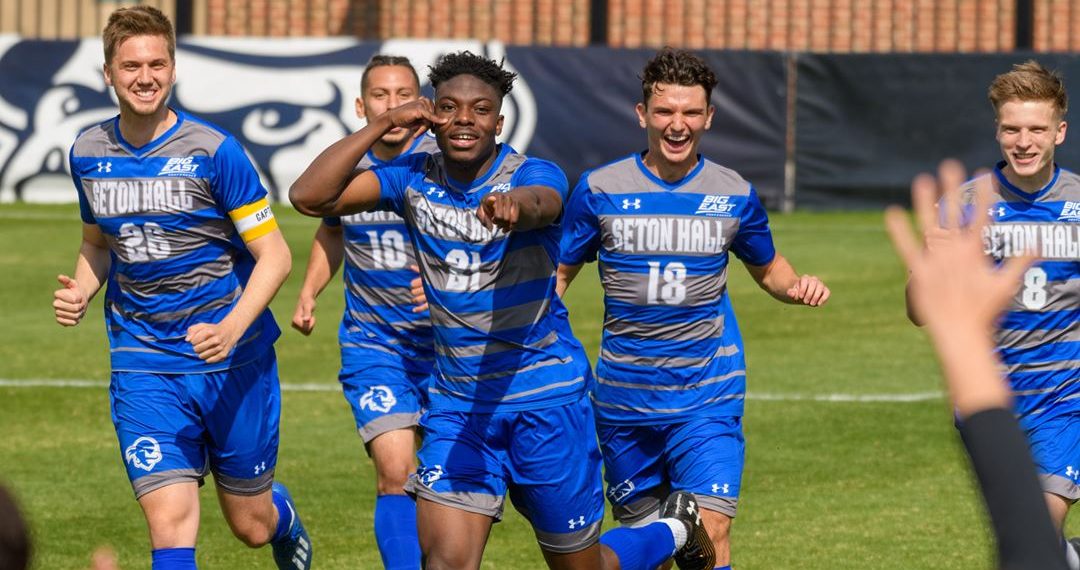 Georgetown Faces A Seton Hall Team That Returns To The Big East Title Match For The First Time Since 2004. Will The Third Matchup between The Two Teams Prove To Be a Charm For The Pirates?

Georgetown under the guidance of Brian Weise hopes to capture its fourth consecutive Big East Conference title but standing in the way of that feat is a strong, compact and well coached Seton Hall side that makes for a mouth watering final. In their two previous meeting during the spring season both teams matched evenly. If the two previous meetings are anything to go by, Saturday’s meeting will be one to watch out for.

The Hoyas are currently undefeated on the season, and have only lost once in 34 games with their last defeat coming at the hands of Louisville out of the ACC in the 2019 season. Despite their success in what has been an unconventional spring season, Georgetown is going into the final on the back of a labored 1-0 semifinal win over Creighton with a late goal from junior Joe DaLuz after coming off the bench. The goal was DaLuz’s first career goal at Georgetown.

Seton Hall on the other hand dominated a scrappy semifinal matchup against a Marquette side that was the number one seed in the Big East’s Midwest Division. The Pirates topped Marquette 4-1 to earn the right to go head-to-head once again with Georgetown in the final contest of the Big East Tournament.

Head coach Andreas Lindberg and Jeff Matteo’s Seton Hall team are playing rested, confident and sharper having been off since March 27 with two cancelled games due to COVID related concerns in the Seton Hall camp. Winning the Big East Championship is obviously a big objective for Andreas and his players, though the Hoyas have proven to be a tough obstacle to overcome for the Pirates. When you look at the match history between the two teams in Big East play this season, Seton Hall lost the first meeting 2-1 with the winning goal coming off the foot of Hoyas midfielder Dante Polvara seven minutes into the first overtime. The second meeting on March 20 ended in a 1-1 tie with forward Derek Dodson scoring for Georgetown and sophomore defender Eden O’Leary scoring Seton Hall’s lone goal.

In his post game interview following the 4-1 semifinal victory over Marquette, Andreas, who is in his third season as the Seton Hall head coach, commented that the third time could be the charm for the Pirates, after coming up short the first two times.

Wiese, who led the Hoyas to the NCAA Championship in 2019, and the Hoyas are going into the final knowing they got there by the skin of their teeth. Big East Goalkeeper of the Year junior Giannis Nikopolidis was a massive reason for that with four wonderful saves to help carry Georgetown to its fourth final in four seasons.

Post season games like this usually come down to which team wants it the most. Georgetown is a determined team with the advantage of having been in the championship match before while Seton Hall is no doubt highly motivated by the fact that the program is making its first appearance in the championship contest since 2004.

The Big East Men’s soccer final is scheduled for Saturday at 3 p.m. EST at Shaw Field.

Dela Agbotse is a contributing writer for College Soccer News. He can be reached at dela.agbotse11@gmail.com