a look at four of the best women’s college soccer matches on tap this weekend. 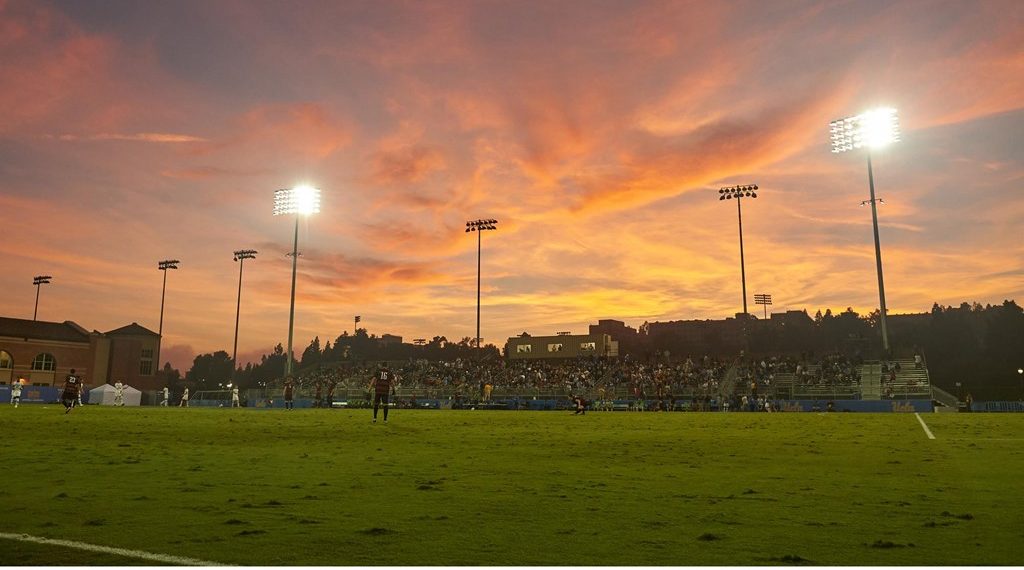 Teams coast to coast have to shake off the rust and get down to business as the 2021 season begins to heat up.

This is the type of matchup you might expect to see downstream in the NCAA Tournament.  Both teams are loaded with talent but both also have key voids due to departures that they have to fill. This is the type of contest that will give both coaches a good idea how the replacements are going to measure up.

UCLA opened the season with an impressive 3-0 win over a good Pepperdine squad. Sophomore midfielder Mia Fishel, who led the Bruin attack with 14 goals in 2019, is a prime timer who is likely to present matchup problems for BYU.  Redshirt junior goalkeeper Lauren Brzykcy and senior center back Lucy Palmer anchor a stout UCLA defense.

Senior forward Cameron Tucker who had a three-goal evening in BYU’s dominant 5-1 season opening win over rival Utah powers a multi-dimensional Cougar attack. Senior back Josie Gelalich, the recent WCC Defensive Player of the Week, anchors a solid BYU defense that will be tested much more in this game than they were in their season opener.

This one will take place inside the Indoor Practice Facility due to weather conditions. It will be brisk outside but the action should heat up pretty quickly inside the “Bubble.”

Washington State is coming off a banner 2019 season in which they were 16-7-1 and advanced to the College Cup for the first time in program history. The Cougars continued their winning ways with a 2-1 season opening on the road victory against Seattle University.  Their ability to continue to win as the spring 2021 season progresses will hinge in large part on their ability to fill the void that exists due to the departure of the likes of All-American forward Morgan Weaver who had 43 career goals and netminder Ella Dederick who had 53 wins during her tenure at Washington State.

Forward Elyse Bennett, who contributed a goal and an assist in the win over Seattle, is among those who head coach Todd Shulenberger will look to fill the void on the offensive side of the ball. Washington State started three freshmen in their season opener. The progress of the newcomers will have an impact on the level of success the Cougars have as the season progresses.

Saint Louis opened the season with a 4-1 win over Kansas City with four different players, including freshmen Hannah Larson and Lyndsey Heckel, contributing a goal.  Junior midfielder Hannah Friedrich, a 2019 All-Atlantic 10 First Team selection, looks to be a key ingredient in the Billiken attack.

This one will give both could both Saint Louis head coach Katie Shields and Xavier head coach Nate Lie a good early season indication of the strengths and opportunities for improvement of their teams.

Southern Mississippi topped Nicholls 2-0 in their spring 2021 season opener with senior Ariel Diaz contributing both goals. The Golden Eagle defense which was anchored in goal by senior Kendell Mindnich held Nicholls State to a total of only six shots in their season opening win.

The big question and among the critical success factors that will determine the outcome of this contest is whether or not Southern Mississippi can contain a very productive and multi-dimensional South Alabama offense led by midfielders Brenna McPartlan, Morgan Cross and Gracie Wilson and forward  Ana Helmert.

A case could be made that South Alabama, which is ranked as the number 20 team in the country by College Soccer News, does not get the love on the national scene that they deserve. Accordingly, wins in non-conference contests like this are critical for South Alabama in terms of national standing.