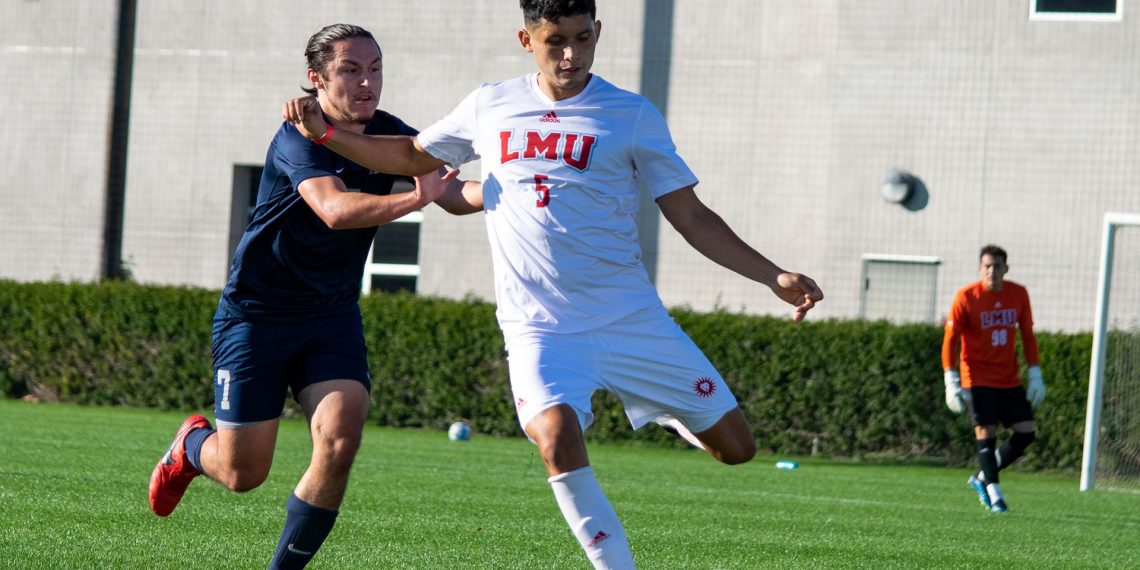 The 2021 season is just starting but the action is heating up coast to coast.

UCLA (1-0-0) vs. Loyola Marymount (0-0-0) – Friday, February 12 – LMU historically has not fared well against the Bruins but this year LMU is the favorite. The Lions seek to build on a solid 2019 season in which they were 11-6-3 overall and returned to the NCAA Tournament field for the first time since 2013.

The Bruins are coming off a 2019 season during which they were 6-9-3 and failed to make the NCAA Tournament. UCLA looked good in a season opening 3-0 win over San Francisco.

Ryan Jorden enters his second season as the Bruin head coach needing wins his team can build on. Paul Krumpe’s LMU team needs a win in this non-conference contest for national standing.

SMU (1-0-0) vs. South Florida (0-1-0) – Saturday, February 13 – South Florida was upset at home last weekend by Temple 3-2 in overtime. Temple effectively counter attacked and got the best of the run of play.

SMU topped Memphis 2-0 on the road last week. The Mustangs are ranked as the number five team in the country by College Soccer News and should put a lot of pressure on South Florida. The Bulls are going to have to tighten things up on the defensive side of the ball in order to have a chance at a win.

SMU is a prohibitive favorite but winning on the road is always a challenge.

UCF (0-1-0) vs. Temple (1-0-0) – Saturday, February 13 – Temple upset South Florida on the road last week behind an attack that featured two goals from College Soccer News National Team of the Week selection Jalen Campbell. It was an impressive season opening momentum building on the road win for the Owls.

UCF on the other hand discovered what life was like without the big play ability that Cal Jennings provided for four years when they were upset and shutout 1-0 at home by Tulsa. This is a talented UCF team but they will need to do a better job of finishing the scoring opportunities that come their way when they face Temple or they could find themselves in a hole that will be difficult to dig out of.

Charlotte returns a solid group from the 2019 team that was 12-4-4 and earned the program’s eighth invite to the NCAA Tourney in the past nine seasons. The 49ers return a very experienced contingent of defenders led by seniors Patrick Hogan and Luke Johnson. However they will be without the services of goalkeeper Elliot Panicco who was a four-year starter and midfielder Teddy Chaouche who led the attack last year with seven goals and nine assists.

Duke leaned heavily on a several younger players in the fall who now have a little more seasoning from their on-the-job training during the fall as well as the confidence that goes with having a season of play under their belts.

Duke holds a 12-2 advantage in the series but this one looks to be up for grabs. It will be a good spring season opening resume builder for the winner.

Seattle (1-1-0) vs. Houston Baptist (0-0-1) – Saturday, February 13 – Houston Baptist out of the WAC opened the spring season with a scoreless tie against the University of St. Thomas during which they were unable to finish several good opportunities.

Seattle opened the season with a 3-2 win in overtime over Gonzaga but followed it with an unexpected 1-0 loss at home to UTRGV in a WAC match. Seattle thumped Houston Baptist 5-0 when they squared off in 2019 in Seattle.

Seattle is favored and should prevail if they play to their potential. However, this is an unconventional season and this one could be very competitive.   Seattle was not as sharp in their two-season opening contests as expected.

This one is going to come down to which side is able to shake off the rust and capitalize on the opportunities to score that come their way.

Jacksonville under head coach Mauricio Ruiz is coming off a 5-7-2 season in 2019.

Both programs seek and need a confidence building win that will generate momentum.

Washington (1-0-0) vs. Portland (0-1-0) – Sunday, February 14 – The Huskies opened the spring season with a 6-0 exhibition win over Northwest University and a 3-0 win over Gonzaga. Washington, ranked by College Soccer News as the number seven team in the country, will travel to tangle with a Portland side that lost to Oregon State 1-0 on the road on Monday. Prior to that Portland topped George Fox 9-0 in an exhibition contest.

Chances are pretty good that this will be a low scoring contest. Both teams are talented and both have attacks that can score in multiples. Regardless this is the point in the season when offenses are still jelling so defense will likely rule.

Davidson (0-1-0) vs. UNCG (0-1-0)– Sunday, February 14 – UNCG under second year head coach Chris Rich entered the spring season with high expectations particularly on the offense side of the ball but they were shutout in their season opening 2-0 loss to non-conference foe UNCW. In that contest, UNCG allowed the Seahawks to score two goals in the final ten minutes of play.

Davidson under second year head coach Mike Babst had an eight to one advantage in shots against non-conference opponent Liberty in their season opener. However, they fell 1-0 when Liberty defender Quinn Dudex corralled a loose ball out of a corner kick and drove it into the back of the frame from 25 yards out to capitalize on Liberty’s only shot of the evening.

Both teams need playmakers to emerge who will jumpstart their offense.