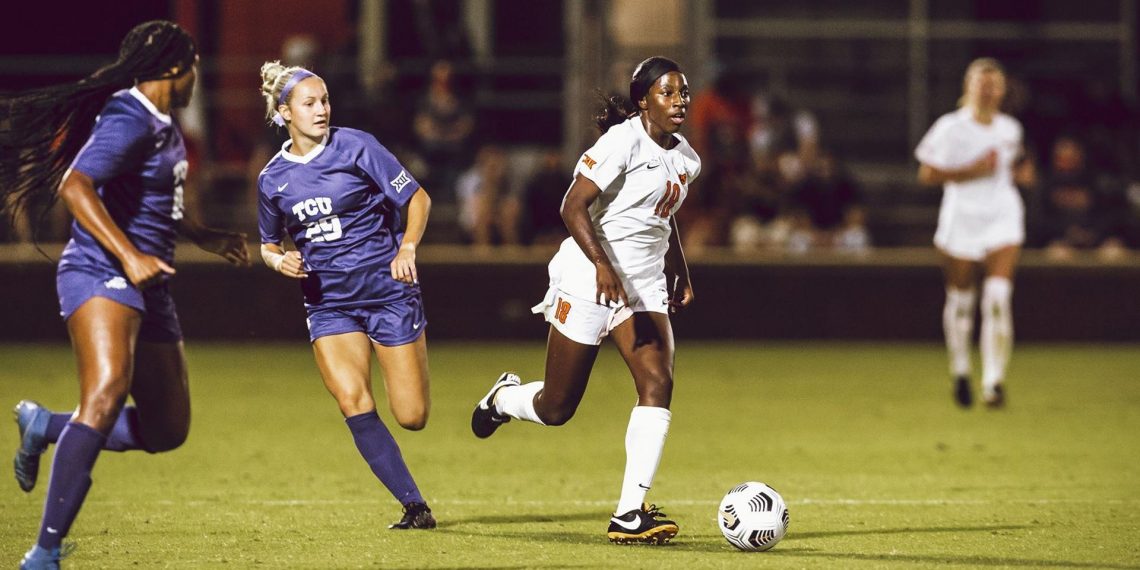 College Soccer News ranks Clemson as the number one team and Wake Forest as the number three team in its most recent Men’s Top 30 National Poll.

This one will have a little different look and feel than when the two teams faced each other in the fall due to the fact that both teams are without several impact players who elected to enter the professional ranks. Clemson is without the punch that forwards Kimani Smith and Grayson Barber and sophomore midfielder Philip Mayaka provided while Wake Forest is without the playmaking ability that forwards Calvin Harris and Machop Chol and midfielder Isaiah Parente brought to the pitch. The impact of the departures on the way in which the two programs matchup remains to be seen.

Neither team wants to have to chase the game but both teams have the talent and the mentality to come from behind so the winner in this one is going to have to put in a full ninety-minute shift. Look for the team that is able to get the best of the run of play in the middle third to prevail. Callum Johnson (4g, 4a) looks to be a key in that regard for Clemson. Ditto that for midfielders Omar Hernandez (4g, 2a) and Jake Swallen (1g, 4a) for Wake Forest.

Demon Deacon senior forward Kyle Holcomb (6g, 1a) and Tiger sophomore forward James Brighton (5g, 1a) are among the playmakers that each team will look to for offensive productivity.

This one could go either way depending on which team is able to settle in and put pressure on their opponent while remaining organized on the defensive side of the ball. Chances are pretty good that there will be ebbs and flows in the pressure applied by both sides. All things considered, give Clemson a slight edge due to the experience junior goalkeeper George Marks and senior defender Justin Malou provide on the defensive side of the ball and the fact that this one will take place at Historic Riggs Field.

Oklahoma State (11-2-1) vs. TCU (9-0-1) – Saturday, April 3, 2021 – This contest between two very talented and highly regarded teams will take place at Garvey-Rosenthal Stadium in Fort Worth, Texas.

College Soccer News ranks TCU as the number four team in the country and Oklahoma State as the number ten team in its most recent Top 30 Women’s National Poll.

TCU topped Oklahoma State 2-1 in overtime when the two faced each other in Stillwater back on October 9 during the fall season. In that contest, defender Hannah Webb drove a shot into the upper right corner of the goal in the 23rd minute of play to give the Cowgirls a 1-0 lead that they maintained until the last four minutes of regulation when TCU forward Maddy Warren scored to knot the game at 1-1 and send the contest into overtime.

TCU junior defender Brandi Peterson then took matters into her own hands by sending a blast into the top shelf of the goal from eighteen yards out less than a minute into the first overtime period to seal the win for the Horned Frogs.

Oklahoma State is 5-0-0 during the spring season with wins over Little Rock, Saint Louis, North Texas, UTEP and Oklahoma. Four of their five wins have been shutouts. Freshman Amber Lockwood has been the starter in goal for the Cowgirls in their last two contests due to injury to senior Emily Plotz. Seniors Kim Rodriguez and Charme Morgan are among a solid group of Oklahoma State defenders. Sophomore forward Olyvia Dowell (9g, 3a) and junior midfielder Grace Yochum (10g, 2a) are part of a very robust Cowgirl offense.

TCU topped Oklahoma 2-0 in their lone contest to date in the spring season. Forwards Grace Collins (5g, 2a) and midfielders Yazmeen Ryan (4g, 1a) and Gracie Brian (1g, 4a) are among those who provide firepower to TCU’s attack. Defender Peterson and goalkeeper Emily Alvardo are part of a very solid TCU defense.

Both teams are talented on both sides of the ball. Look for the play to be a little cautious in the early going but for this one to heat up as the game progresses. Both sides will aggressively attack. Both teams will seek to open the field of play, secure a numbers advantage, and find a seam that they can exploit.

Give TCU the advantage that comes with playing at home and the edge and toughness that veteran Emily Alvardo provides in goal. Give Oklahoma State the overall edge in this one due to the advantage of having five contests in the spring season under their belts.

Regardless of the outcome, this is the type of competitive tune-up contest that will help both teams prepare for the level of competition that they will face in the upcoming NCAA Tournament.

Northern Illinois (4-5-1) vs. Akron (3-1-1) – Sunday – April 4, 2021 – NIU has had a roller coaster season to date. One of the high points of their season was a 3-0 thumping of Akron on March 14 during which they scored three goals during the second stanza to secure just their second win over the Zips since 2006.

Junior forward Nick Markanich (7g, 2a) has been the go-to guy so far in NIU’s attack. The Huskies come into the contest with Akron off a good 2-0 win over SIUE during which Markanich scored twice. It will take a total team effort in order for NIU to prevail since Akron clearly will not be looking past them.

If Markanich gets in gear, if guys like Luis Hernandez and Roque Vegas Jr are able to hold their own in the middle third, and if redshirt sophomore Martin Sanchez is solid in goal, then NIU has a good chance for a sweep of Akron.

Akron has not played since defeating SIUE 2-0 back on Wednesday, March 17. The Zips have a solid 1-1 tie with Kentucky and impressive wins over Marshall 2-1 and Bowling Green 2-0 so far.  This is a gut check contest of sorts for Akron. The Zips need a win in this MAC contest to remain a factor in the conference race.

Washington State (5-1-1) vs. UCLA (8-1-1) – Friday, March 2, 2021 – The jury is still out on Washington State with mixed reviews and viewpoints to date. The Cougs who are ranked as the number 21 Women’s team in the country by College Soccer News have a make-or-break weekend in front of them beginning with their contest on Friday night at Wallis Annenberg Stadium in Los Angeles with the highly regarded Bruins who are ranked by College Soccer News as the number three team in its recent Women’s Top 30 National Poll.

Washington State comes into the game off a 2-1 loss to Washington and a 1-0 win over Colorado in overtime. WSU will have to play their best game of the year to have a chance to top UCLA. Senior forward Elyse Bennett (5g, 1a) and senior midfielder Makamae Gomera-Stevens (3g, 1a) look to be the catalysts on the offensive side of the ball for Washington State. Senior goalkeeper Marissa Zucchetto, a transfer from Texas Tech, anchors a bend but don’t break Washington State defense that will likely be tested early and often by the Bruins.

UCLA has allowed a total of four goals to date. The Bruins come into the game off a 2-2 tie with USC and a 2-1 loss in overtime to Arizona State that halted their nine-game winning streak. Sophomore Mia Fishel and freshmen Reilyn Turner power the Bruin attack up-top and will likely present matchup problems for Washington State. Senior Marley Canales adds stability and punch to UCLA’s attack in the midfield.

Look for UCLA to apply pressure from the get-go. If they breakthrough early and force Washington State to have to chase the contest a multi-goal Bruin victory is likely. However, Washington State’s chances of pulling off the upset significantly increase the longer that they are able to keep the game close.