“Up Close” With Francis de Vries 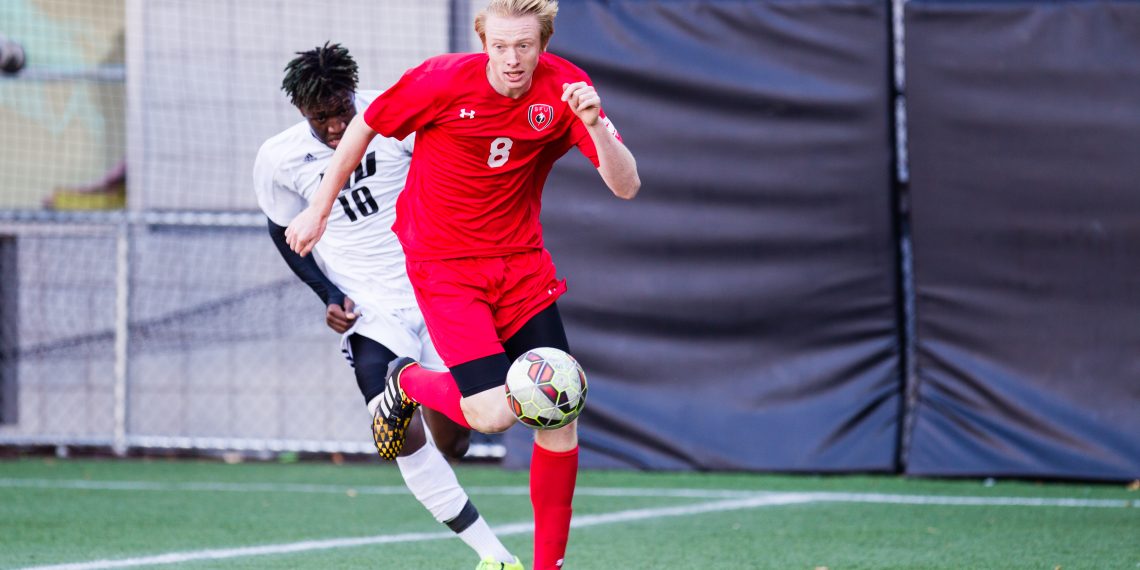 Saint Francis defender Francis de Vries joins the show this week to talk about his route to playing college soccer in the United States after growing up playing in his native New Zealand and a stop in Switzerland. His ability to adapt to differing playing styles helped him transition to college soccer and he has flourished on the back line at Saint Francis twice earning NEC Defensive Player of the Year honors. de Vries also discusses his experience with the Michigan Bucks in the PDL, as well as last year's disappointing end to the Red Flashes season in 2015. He shares the key to what he thinks will lead to a different result in 2016.

"Any team that plays at home in the NEC has a huge advantage. If we can play at homem [in the NEC Tournament], we have a big field, it's very wide and suits the way we play and how we try and possess the ball." — Francis de Vries